Return of The Avalon Theater

Everything you need to know, including behind-the-scenes photos, about Bay View's historic movie theater and its $2.5 million renovation.

It’s been a long time coming, but Bay View is about to get its only movie theater back and all indications are it’s been worth the wait. Lee Barczak, owner of the Neighborhood Theater Group, has been leading the diligent renovation of the iconic Avalon Theater at 2473 S. Kinnickinnic Ave. By the end of the year one of Milwaukee’s few remaining movie palaces will be back in business.

While new theaters, or cineplexes as they’re often called, are as cookie cutter as big box stores, the Avalon Theater is packed with character. Built in 1929, the entire theater is styled with a Spanish motif. That old-world elegance won’t be lost with the renovation. The lobby elements are being restored to their original grandeur, while new, modern elements will enhance the historic character. The unique ceiling in the theater, which used incandescent bulbs to mimic a night sky, has been updated to use LED lights and fiber optic light cables configured to look like Granada, Spain. While I toured the theater, representatives of the Neighborhood Theater Group gave a demonstration of the ceiling, including the ability to the launch two shooting stars towards the screen.

Dinner at the Movie

While dinner and a movie is a classic American date, the Avalon will give patrons the ability to enjoy both at the same time. Wait staff will be available in the theater, and the seats will be set up to comfortably enjoy a meal. But serving dinner with a movie requires special considerations, given that all the customers will want their food at the same time. To help staff deliver meals in a timely manner a special kitchen is being installed with high speed ovens.

The renovation hasn’t been without challenges. Barczak originally acquired the building in 2005 for $1.1 million, but the restoration was delayed by the Great Recession. Seemingly simple elements like the seats proved challenging. Instead of the traditional row after row of small theater seats, the theater will feature big, two-person, leather seats with fold-out tables to accommodate meal, snack or drink. Those seats weren’t easy to find, though, and ultimately are coming from China on a ship (expected to arrive this month).

The balcony is a challenge that has so far proved insurmountable. While it won’t be removed, it also won’t be open to the public. Historic buildings present many hurdles to restorers, particularly when they have multiple levels with no elevator, like the Avalon. On-top of the elevator issue, there are questions of market demand, capital costs for new seats and other accessbility issues, and on-going staffing costs (running food and drinks upstairs has its own logistical issues). The theater will open without the balcony, but that doesn’t mean it will never come back. I suspect someday Barczak will find a way to make it happen, given it’s where as a teenager, he tells me, he first kissed a girl.

The changes to the seats and the closing of the balcony will drastically reduce the Avalon’s capacity. The new seats will be set up no more than two across per section (space for four people), which, with the closure of the balcony, will bring the original capacity of 1,637 down to 264.

The total cost for all of the renovations is expected to be around $2.5 million. The investment says a lot about the theater and perhaps more about Barczak’s belief in the emergence of Bay View. It’s certainly hard to justify spending millions to restore a historic theater when a cineplex could be plopped in a suburban green field for far less. Barczak and his lenders clearly believe there’s an appetite for a high quality theater in the neighborhood.

The Avalon was originally built to also support live music, which gave it a stage much larger than necessary for showing movies. That extra space won’t go unused in the renovated theater. A second theater, which was originally built in 1988 at the rear of the stage, is being completely overhauled.

This theater will be accessible by a hallway running along the south edge of the theater. In-house construction manager Andy Farrel has been diligently constructing a sound-proofing system that will keep the sound from bleeding between the two theaters (which was an issue when the last operator tried this). He ticked off a litany of insulation methods being implemented, including drywall, foam insulation, and THX-certified sound proofing boards. It may seem like overkill, but those watching the latest romantic comedy will appreciate not hearing a sound from the slasher film in the other theater.

The second theater will be substantially smaller than the main one, with just 68 seats in a stadium-style arrangement.

Barczak, who serves as the chair of the Kinnickinnic Avenue Business Improvement District, has substantial property holdings in the area outside of the theater. With a deep understanding of how the neighborhood works, he is keenly aware that a movie theater by itself won’t be the best asset for the neighborhood or maximize his return. With that in mind, the theater will include a street-fronting lounge and restaurant open to the public seven days a week.

The theater will also serve as a visual icon for the neighborhood, with a 25-foot tall sign being installed along the side of the building. In keeping with the building’s historic designation, the sign has been designed to mimic a traditional theater sign. No, there won’t be a 10-foot tall Nicholas Cage looming over Kinnickinnic; instead a vertical “Avalon” tower will dominate.

From May 4th, 1929 until July 2nd, 2000 the theater operated continuously, showing everything from silent films to musical acts. When the owners closed the theater, they said the last straw was the city’s refusal to grant them a liquor license (something the Neighborhood Theater Group has already secured).

The theater was designed by Frank Lloyd Wright disciple Russell Bar Williamson. Williamson also designed another Milwaukee entertainment venue, the Eagles Club (more commonly called The Rave today). Barr designed a number of Praire-style homes in the area, as Urban Milwaukee detailed in a past article.

The renovation of the theater has received architectural and design support from a number of firms due to the project’s complexity, including Holabird & Root, which has done over 100 theater renovations, as well as Keller Inc., Excel Engineering and Ascend Design.

For more information on the history of the theater, including why it took four years to build, the city has the nomination papers from January 2004 for its designation as a historic structure on file.

Lee Barczak and the Neighborhood Theater Group are no strangers to running local theaters. The firm has run the Times and Rosebud Cinemas since mid-2012 when Barczak acquired them at a foreclosure auction for $540,000. While neither theater is the palace the Avalon is, they’ve given the company plenty of experience in running neighborhood theaters. That includes being part of the Milwaukee Film Festival, which ran at the Times Cinema for 15 days this fall.

Barczak also owns a number of apartments in Bay View, in addition to the 19 attached to the theater. He also owns the Sheridan House restaurant in Cudahy and investment firm Morgan Kenwood. 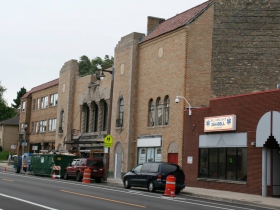 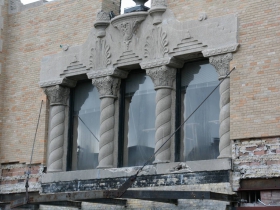 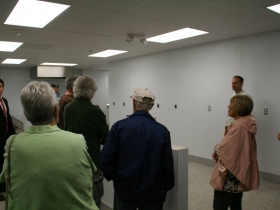 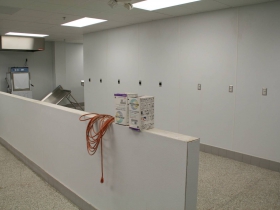 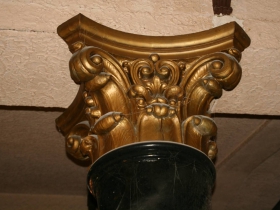 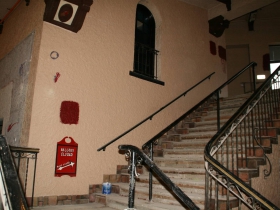 18 thoughts on “Eyes on Milwaukee: Return of The Avalon Theater”