The modest skyline at the time was also dominated by St. John's Cathedral, before its first tower was replaced. 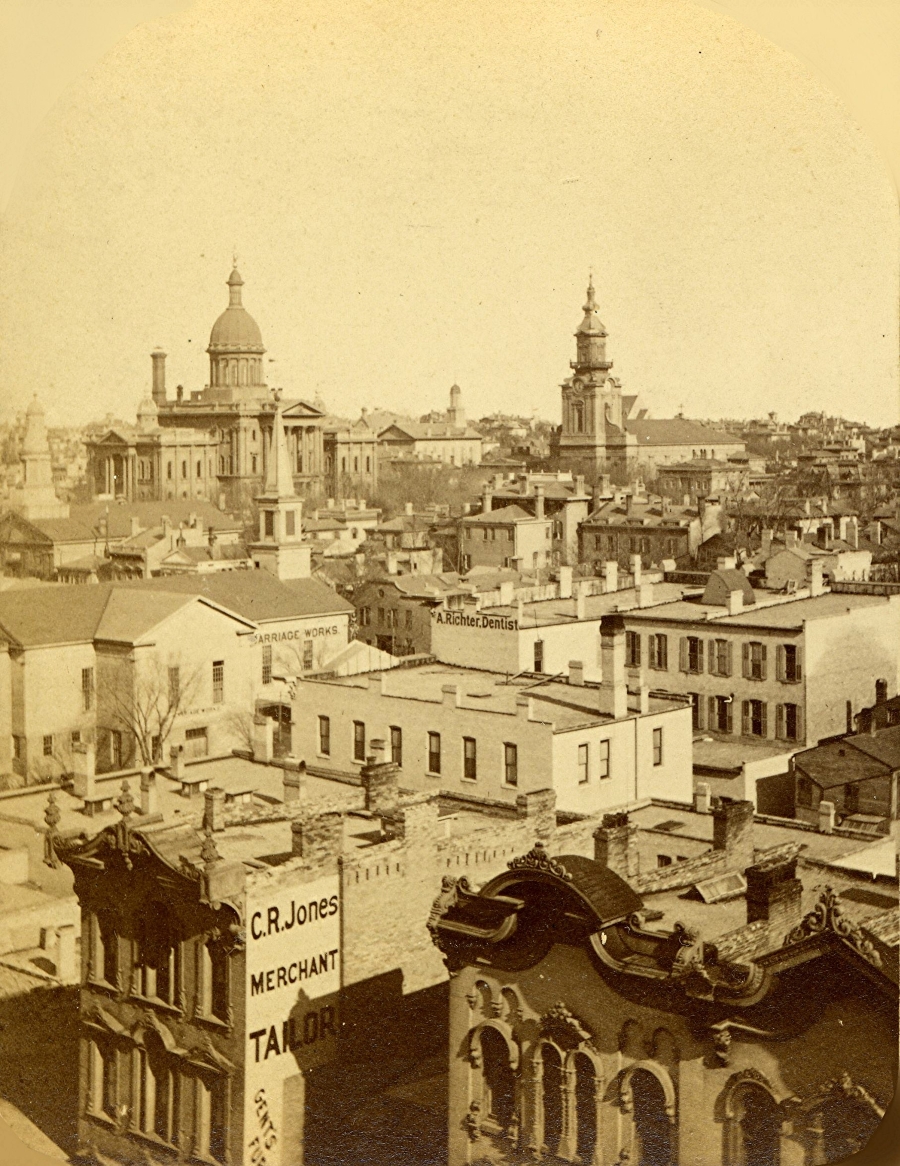 Milwaukee’s second courthouse, completed in 1873, also shared the modest skyline with churches. This is a view, circa 1875, most likely taken from the top of the Northwestern Insurance building which then was located at the northwest corner of Wisconsin and Broadway. This was the tallest building east of the Milwaukee River at that time. This stereoview looks to the northeast. The courthouse is to the left and to its right is St. John’s Cathedral.

This is the first steeple for the cathedral which would be removed in 1880 and later replaced with a more elaborate one. The simpler church in the left center is the First Presbyterian which was founded in the city’s earliest days. Note that the church’s building is now labeled a “Carriage Works.” The congregation had outgrown this building and relocated nearby.

The photographer for this stereoview was  William H. Sherman, who was one of the most prolific photographers of the city, as I’ve previously written. Sherman took a nearly identical view a few years earlier before the Presbyterian church was replaced by the carriage works and when the building in the foreground, C.R. Jones Merchant Tailor, was occupied by the Wadsworth & Co. tea importers. Businesses would relocate frequently back then, and Sherman’s photographs helped document those changes.

One thought on “Yesterday’s Milwaukee: East Town and Second Courthouse, 1875”