His stereoviews captured early Milwaukee and his studio was located near Wisconsin Ave. on what later became Broadway. 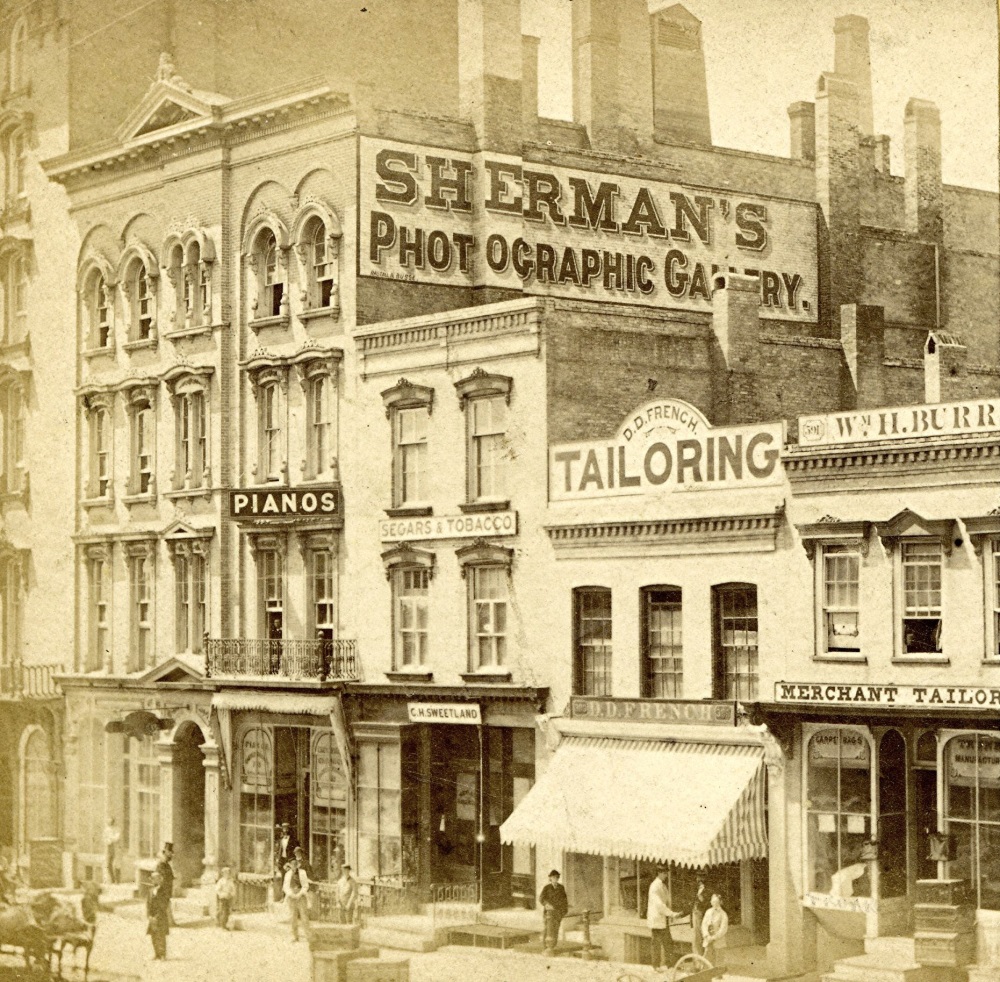 The majority of Milwaukee stereoviews were produced between 1868 and 1886. At the earlier end of this spectrum one of the most prolific producers of Milwaukee views was William H. Sherman. He first opened a photographic studio in Clinton, NY in 1847 where he specialized in daguerrotypes. Later he would move to Erie, PA and after that to Beloit, WI.

In 1860 he arrived in Milwaukee where he opened a studio at 231 Main St. (Main St. would later become Broadway.) This location was next door to the Newhall House, the city’s largest hotel (six floors high) at the time. After a fire Sherman relocated about a block away but in 1864 would return to the same address. Thanks to street address changes in 1865 this was now 385 Main St. This is a view taken circa 1867 showing his expanded photographic gallery. A sideline business was the sale of pianos.

By 1870 Main St. was renamed Broadway. Sherman’s gallery was on the west side of the street in the middle of the block between Wisconsin and Michigan. Sherman produced many carte de visites, mostly small portraits of Milwaukeeans. His earliest stereoviews are easy to date as his address is stated as 385 Main St. His views were produced until the mid-1880s although most date before 1875. They provide a remarkable record of this period in Milwaukee’s history.

As for the Newhall House, it was destroyed by a famous fire in 1883.