By Bill Lueders, Wisconsin Center for Investigative Journalism - Dec 17th, 2014 10:47 am
Get a daily rundown of the top stories on Urban Milwaukee 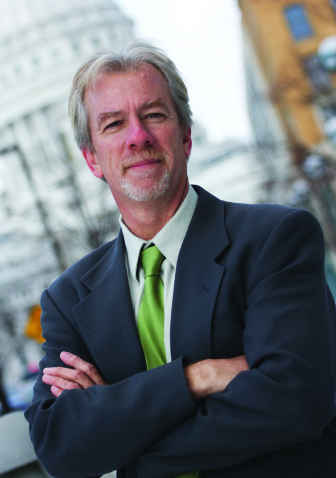 “EPA’s proposal is a practical, reasonable and achievable step toward healthier air and a higher quality of life in Wisconsin,” said Keith Reopelle, the group’s senior policy director.The proposed plan, unveiled in June, calls on Wisconsin power plants to reduce their carbon pollution 34 percent below 2012 levels by the year 2030. A Clean Wisconsin report said this goal, meant to stem the negative impacts of a warming climate, could be achieved while also bringing major public health benefits, boosting economic growth, and lowering energy bills.

Then, on the cusp of the EPA’s Dec. 1 deadline for receiving comments on its plan, the Public Service Commission of Wisconsin submitted a 119-page response, packed with harsh criticism.

Two of the three PSC commissioners and the secretary of the Wisconsin Department of Natural Resources, all appointees of Republican Gov. Scott Walker, charged that the proposal “seriously penalizes Wisconsin relative to other states,” because it gives insufficient credit for carbon reductions already achieved. They collectively decried “major flaws” in the EPA’s approach.

A group of state lawmakers said the plan would “send utility costs skyrocketing” while having “a chilling effect on job creators big and small.” Walker, in a statement, said the plan would be “a blow to Wisconsin residents and business owners.” He cited PSC estimates that the new rules would cost between $3.3 billion and $13.4 billion. That averages out to between $220 million and $893 million a year through 2030.

Walker’s statement also says Wisconsin has “invested approximately $10.5 billion over the past 15 years” to reduce carbon emissions, increase renewable energy and improve energy efficiency. That averages out to $700 million a year.

Um, don’t these numbers mean the estimated costs of the EPA plan would be comparable to and perhaps lower than what state utilities have already been spending?

Walker press secretary Laurel Patrick deferred this question to the PSC, “as they are responsible for the estimate.” PSC spokesman Nathan Conrad said the projected costs “would be in addition to the costs that the utilities are obligated to pay already” to meet existing standards. But he acknowledged that it remains unclear how much these existing costs would be, into the future.

Reopelle, of Clean Wisconsin, which in a separate matter is now suing the DNR over its alleged failure to adopt new federal air quality standards, said his group’s efforts to get the state to highlight the benefits and not just the costs of stricter carbon limits went largely unheeded.

From 2011 through the first half of 2014, the state’s five investor-owned gas and electric utilities reported spending $2.8 million lobbying for changes in state law or policy. During this period, Clean Wisconsin’s lobby costs totaled just over $300,000.

And from 2010 through July 28 of this year, more than $1 million flowed to partisan candidates for legislative and statewide offices from employees and political action committees of gas and electric utilities, according to the nonpartisan Wisconsin Democracy Campaign. Three-quarters of this has gone to Republicans.

Reopelle, while doubting that money is the only factor, thinks the state is too focused on what one group of stakeholders — utility companies — would like to see happen, and too dismissive of the economic benefit of pursuing carbon cuts. But he’s optimistic the new standards will be adopted, and that the utilities will find ways to comply without succumbing to doom and gloom scenarios.

“When the rules are published,” he said, “they’re really going to have no choice.”