The new assemblyman lives in an 1870s building once used for rooming houses, but now elegantly refurbished, like most of the neighborhood. 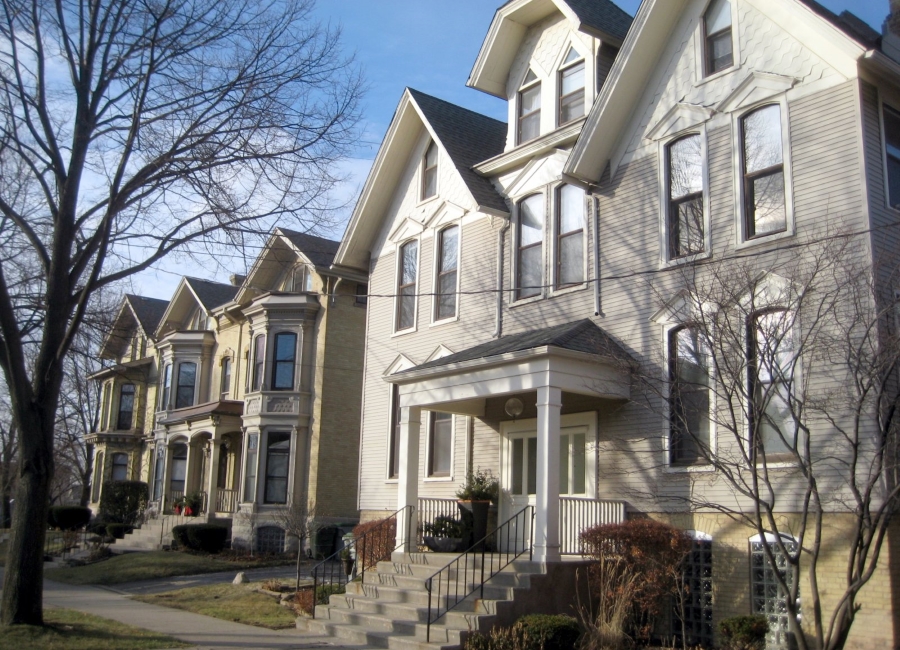 Brostoff, 31, had a month off after the election, but now his time is divided between Madison, where he and other newly elected officials are being initiated into the mysteries of the legislature, and the Lower East Side condo he shares with his wife, Diana Vang Brostoff. He has a month to learn his way around the State Capitol before he takes his seat on January 5th, 2015.

While the Assembly Chief Clerk schools Brostoff on things like the:

“How to handle “disruptive & harassing visitors’” —

Why don’t we take a look at the Brostoff residence, an old home on E. Pleasant St. that originally bore the address of 264 Pleasant St.?

The second floor condominium is one of three units in a former side-by-side duplex built as early as 1870 that for years had been a rooming house, as were the two significantly more substantial dwellings immediately to its west, one a former duplex, and the other a former single-family residence much admired by President Grover Cleveland on his 1887 visit to town.

All three buildings had been rooming houses since shortly after the end of World War II, when a tremendous housing shortage gripped the city and nation. Many other single-family homes and duplexes in the city had been converted into multiple family residences easily enough. This is because many old Milwaukee homes were huge and could easily accommodate two or three families under one roof.

But even in the postwar era, single room occupancy units with their shared kitchen and baths were definitely signs of distressed neighborhoods. Having three of them clumped together only made things worse. Other rooming houses in the neighborhood included the magnificent Friedman Row at the southwest corner of E. Pleasant and N. Cass streets and some homes on the 1500 block of N. Marshall St. — all within sight of the current Brostoff residence.

That is a considerable concentration of low-income, transient housing for an otherwise modest neighborhood with a large number of middle-class single family and duplex units, and it endured for decades.

It helped matters not when, just a block to the south, the entire neighborhood running from river to lake between E. Lyon St. and E. Ogden Ave. had been bulldozed in the early 1970s for construction of a never-built Park East Freeway, a scar that was to last for over two decades, isolating the Sicilian and Polish neighborhoods to the north from the Yankee Hill gentility to the south.

If the freeway had been built, even more rooming houses were likely in the isolated area south of E. Brady St. As it was, things were tough enough here for the over four decades when this neighborhood was hardly considered a desirable location.

But today, the neighborhood has gone through a renaissance, Friedman row is back to its original townhouse configuration, the homes on Marshall St. have resumed single-family status, and the Brostoff residence is one of 14 units consolidated into Pleasant Street Condominiums from the dozens of rooming units that had littered the three buildings for so long.

The Brostoff dwelling first shows in the city records of 1927 when Morris Rosen spent $150 to erect a metal garage on the site, likely ordered from the Sears catalog.

By 1945 Irma Cramer had 11 units rented in the building’s 4,000+ square feet. In 1946, it was owned by Ervin Marks who removed the old trim, squared up casings on the old windows and applied insulated brick to the exterior. It then passed into the hands of Mrs. Ben Parks (rooming houses and widows went hand-in-glove those days) in 1950, and by 1965 it was owned by Daniel Bremner.

In 1967 Bremner got out his toolbox to “repair broken windows, replace outside stairs, repair holes in boiler room ceilings” as ordered by the building inspector.

Things were shabby in the adjacent buildings, as well. A fire caused $1,000 damage in 1976 to one building.

In 1957, the owner of another building was “having financial problems. 6 units vacant,” when the inspector asked why repairs were not being made.

Things continued along these lines at what one neighbor called a “snakepit” of a property.

Even though developer Barry Mandel‘s East Pointe Commons, which filled in the freeway gap to the south, was 6 years away, the three buildings on Pleasant Street found an early rescue in the early 1980s when a group of investors including Elizabeth Levins, Blanche Zien, Clara Levins and Marie Kohler Cabot organized Pleasant Street Properties with the intention of converting the properties into decent residential units.

The interiors would be by “Applied Imagination,” a firm operated by Levins. Mechanicals were to be done by Zien Mechanical Contractors, and why not? Herb Zien, the firm’s owner, is Levins’ husband.

For the plans, the developers turned to a young UW-Milwaukee Architecture graduate student named Bob Monnat.

At that time Monnat had not yet made the fateful connection with the Mandel Group that continues to this day, and which dates back to the development of East Pointe Commons, which was crucial in reconnecting the Brady Street and Yankee Hill neighborhoods.

All the wiring and plumbing was brought up to code, and the unit was finished with a stainless steel sink and disposal in the kitchen, a basement storage locker for the owner’s seasonal treasures, hardwood floors in kitchen and dining room and “Special Features” like a “skylit master bedroom and bath,” “exposed brick walls,” and an “ornate wood and glazed tile fireplace in living room” that the rooming house residents managed to not wreck.

After the work was completed, and the development received its certificate of occupancy in 1986 (“has been rehabbed completely,” the inspector noted with satisfaction), the units entered the marketplace.

In 1990 the “dev[eloper] sale was finally noted. Sale below assessment,” the assessor wrote after the unit had been on the market for some years. It was bought for $92,000 by Caroline V. Krider. Krider told the inspector one day when he dropped by that the other units in the building had “some water problems from a leaky roof, however her unit does not leak at the present. A new roof is proposed (and apparently not included in the original restoration) and some of the funds will be paid by the association. Owner stated that people below her smoke and that the smoke can often be smelled in unit through the air vents.”

The assessor was not impressed with the ornate wood and glazed tile fireplace in living room that had been advertised as one of the “special features” of the property:

“Decorative. Non-operable,” he wrote. He looked out the windows and noted a “view of light poles and garbage cans to the west. One bedroom is small + there is a lot of slope to its walls.”

In 1997 the home was bought by Jeff and Katie Carew, who paid $122,900 for the unit in what had by then become quite a stable and desirable neighborhood with nary a rooming house in sight.

Goldstein apparently defaulted on his mortgage and in 2012 the property was assumed by FNMA (“Fannie Mae”) for $150,200.

On May 8th, 2013, Brostoff picked up the phone and called the assessor.

“Owner called asking for objection form, thinks value should be price he paid for unit from lender. ($103,000.) Initiated objection,” the assessor wrote.

On June 3rd, 2013, after a look-see at the property, the assessor wrote, “unit remains in AV. condition., Recommend sustaining 2013 assessment @ $163,400. Somewhat similar comparable sales in area do not indicate that an adjustment should be made.”

Fun Fact: Brostoff is not the first representative to the assembly to reside on E. Pleasant St., or the youngest, for that matter.

The district was represented in the assembly by Cornelius T. Young, a Democrat who was elected in 1931 and who became the youngest speaker of the assembly in 1933 at the age of 26. (Boy wonder Scott Jensen was 35 when he became speaker.) At the time of his speakership, Young lived in the building at 719 E. Pleasant St. that had 24 mighty small one-room apartments, since converted after a 2000 fire to 12 plenty small enough apartments. I lived there for a couple of years; the property sold last week for $700,000.

Young, a lawyer, later went on to become a Vice President of the Wisconsin Electric Company, as did former Democratic Speaker Wally Kunicki some years later. A utility company can always use a good lobbyist.

How Milwaukee Is It? The residence is a little over a mile from City Hall. There are numerous scenic and interesting routes to take through Yankee Hill and Downtown via the city’s excellent grid. 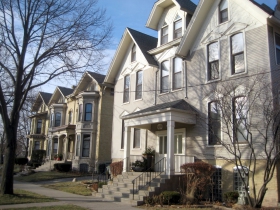 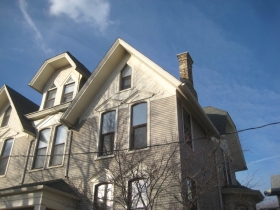 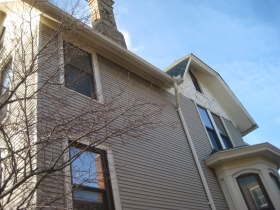 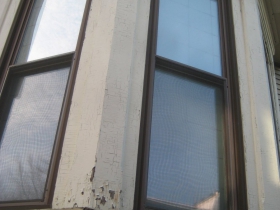 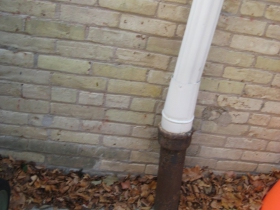 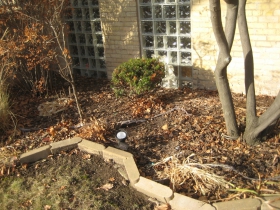