New 36-unit apartment building rising quickly on the East Side, as our photos show.

The project is a rarity for Milwaukee’s Lower East Side in that it was built “as of right,” meaning it conforms to all existing zoning rules. This allowed the developer to skip a lengthy approval process. Instead of meetings and hearings with the City Plan Commission, neighbors, Common Council, and Department of City Development, the developer simply pulled building permits and went to work.

Konstantinou acquired the lot from CIBM Bank in early 2013 for $150,000. He bought it less than a year after a fire severely damaged a vacant home that occupied the parcel. The August 2012 blaze resulted in injury for a Milwaukee firefighter, when he fell from the pitched roof.

Konstantinou is no stranger to neighborhood residents, having unsuccessfully sought a zoning variance for an apartment project just north of this site. Konstantinou still owns the four lots that make up the site at 1400 E. Boylston St., having acquired them for $245,000 in September 2012. A source has previously indicated that while the original plan is dead, Konstantinou still intends to move forward with a project on that site. I’m told he will probably opt to develop a small number of condominiums over apartments, a proposal that would likely conform to existing zoning. 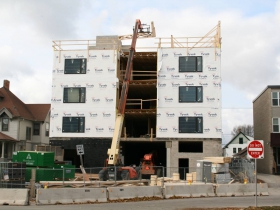 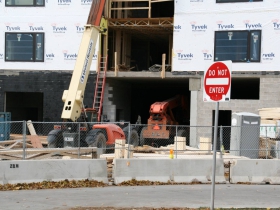 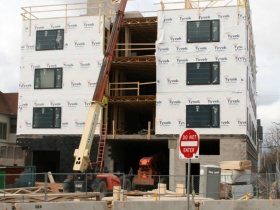 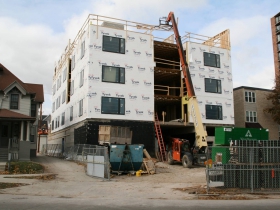 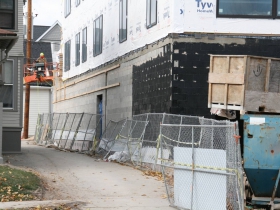 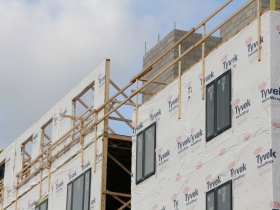