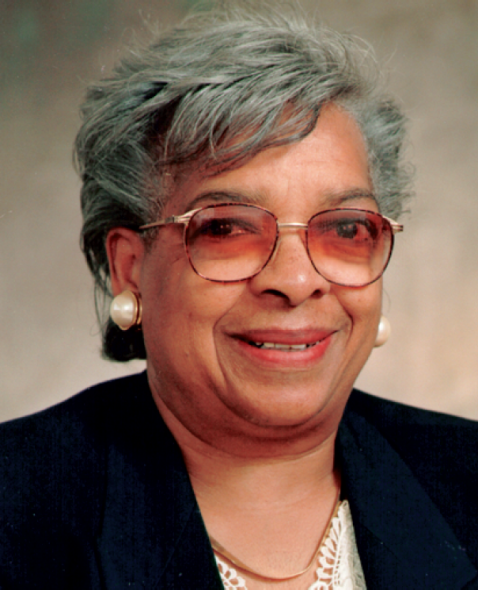 The Milwaukee Journal Sentinel obituary on longtime state legislator Annette Polly Williams portrayed her as the “mother of school choice,” who made common cause with conservatives to create this program. The story completely left out her change of heart — her increasing disenchantment with the school voucher movement.

Back in 2001, Williams told me she opposed how school choice was expanding. Williams said she supported school choice as an experiment. “Our intent was never to destroy the public schools.” She complained that choice supporters like the Bradley Foundation wanted to expand the program beyond low-income families and she opposed this.

More recently she was quoted in a Journal Sentinel story opposing the plans of Gov. Scott Walker and the Republicans to expand the program to middle class families. “They have hijacked the program,” Williams complained. That was in 2013, little more than a year ago, but none of her comments were included in the obit.

Williams was one politician who was never politic: she was fearlessly frank with her opinions. The African American legislator was frequently criticized by colleagues for being “anti-white,” and the late Michael Joyce, then president of the conservative Lynde and Harry Bradley Foundation, once said Williams told him, “I don’t much like white folks.”

If she had a chip on her shoulder, that might be understandable. She was born in Belzoni, Mississippi in 1937 and grew up in a segregated country where the degradation of blacks was routine. Her family moved to Milwaukee, where she attended North Division, long before the Milwaukee school system was integrated.

Williams worked as a cashier, clerk, keypunch operator, mental health assistant and counselor, while raising four children and trying to finish a college degree, taking courses at Milwaukee Area Technical College from 1971-’73 and finally earning her B.S. degree from UW-Milwaukee in 1975, when she was 38 years old.

In 1975, she became secretary of the North Side Milwaukee unit of the Democratic Party of Wisconsin, and she quickly got more involved in the party, serving as a member of various party committees and groups. She defeated an incumbent Milwaukee Democrat, Rep. Walter Ward, in 1980 and went on to serve for 30 years, the longest tenure of any women lawmaker in state history.

Williams had never been seen as an influential or even collegial legislator until 1989, when she joined forces with Republican Gov. Tommy Thompson to support legislation creating the school choice program. Mayor John Norquist also supported the policy and Williams and Norquist were seen as Democratic apostates who were undermining public schools and teachers unions.

Williams had once served on the board of Urban Day School, a successful non-sectarian, inner city alternative school, and was convinced schools like this could provide a quality education to low-income black children. As she once put it, “My fight is for… my black children — to be able to access this system and get the best that this system offers.”

For proponents of school choice, like Joyce and the Bradley Foundation, Williams was the perfect spokesperson for vouchers — a tough, feisty black woman who had struggled for everything she achieved, and who was happy to criticize the education establishment for failing too many children.

Williams became the star of the conservative talk circuit. In 1994, she made $58,000 in honorariums and expenses – more than doubling her $35,070 salary as a legislator. She was on CNN and “This Week With David Brinkley,” and collected honorariums as high as $5,000 for speeches about school choice at the Hoover Institute, the California State Republican Convention and the National Conservative Summit. She was even flown to New Zealand to speak to the Auckland Institute of Technology.

From 1990 through 1997, Williams earned some $163,000 in honorariums and expenses, far more than any other legislator in Wisconsin. But after that, Williams saw her extra income drop to almost nothing, as Howard Fuller supplanted her as the moral spokesperson for school choice. “She… could have been the leader of school choice,” Joyce told me. “But she stepped aside and Fuller became the leader.”

Her relationship with Fuller went all the way back to high school, when she was three years ahead of him at North Division, and over the years they weren’t always on the same side: Williams opposed a high-priced building replacement program that Fuller pushed for (unsuccessfully) while he served as superintendent of Milwaukee Public Schools.

Fuller stepped down as superintendent in 1995, at a time when Williams had begun to express misgivings about religious school choice. (“She kept referring to it as a Catholic program,” Joyce complained.) For choice supporters, Fuller made the perfect replacement. Compared to Williams, he was a more charismatic speaker and a uniquely powerful symbol: the former superintendent of a big city school system declaring that only choice could save our children. And he didn’t have Williams’ abrasive personality or reservations about expanding vouchers.

Joyce used his Bradley money to help establish a plum position for Fuller at Marquette University, running the Institute for the Transformation of Learning. The Bradley Foundation gave Fuller’s Institute $255,000 in 1997, $302,350 in 1998, $287,500 in 1999. Fuller also created the Black Alliance for Educational Options and won prominent mention from or wrote op-ed pieces for publications across the country.

Meanwhile, the speaking engagements and media attention came to end for Williams. “Howard … is the person that the white people have selected to lead the choice movement now because I don’t cooperate,” Williams complained in 1998, a year in which she received just $622 in side income.

Williams’ disenchantment with school choice only grew over the years. In a 2011 interview with Journal Sentinel columnist Eugene Kane, she complained about its expansion to middle class families, saying: “The program was designed for low-income families; it was supposed to lift them out of hardship. Families who make that much money already have good schools or they have the ability to move to another neighborhood to get a better school.”

Williams told Kane she had heard concerns when choice was started that it might eventually be expanded by politicians who wanted to damage the public school systems and teachers unions. “She didn’t want to believe it then, but she isn’t so sure these days,” Kane wrote.

In her last interview on the subject, in 2013, Williams told reporter Patrick Marley that choice supporters “have definitely undermined the intent of the (original) legislation” by expanding it to cover a married couple with two children making up to $76,800.

“Williams said people at that income level could afford to pay for private education or move to a neighborhood with a better public school,” Marley wrote. Instead, she predicted, choice schools will accept higher income students.

“The upper income people, they push the low incomes out,” she said. “As soon as the doors open for the low income children, they’re trampled by the high income. It’s as if the struggle we went through 20-some years ago — now the upper crust have taken over.”

Williams had fought to create a limited program for low income students attending alternative city schools like Urban Day. But that small-scale program has grown to serve more than 20,000 Milwaukee students, making it the de facto, second-biggest school district in the state.

Williams had been inspired by non-sectarian city schools, but the program grew to include religious schools. She wanted to create educational options for poor students who had none, but the program grew into one in which 75 percent of private school students getting a state voucher had already been attending the same school.

Most importantly, for Williams the goal of choice was to achieve a better education. But in the wake of many studies showing choice students do no better than their public school counterparts, many Republicans now sell vouchers not as a better way, but as a cheaper way to educate children.

In short, the mother of school choice had great misgivings about the program she helped birth. As frank and combative as Williams was, I suspect she would want those reservations to be included in any celebration of her life.

11 thoughts on “Murphy’s Law: The Legacy of Annette Polly Williams”