Renaissance Theaterworks’ current production of Amelia introduces audiences to an acclaimed new play, directed by a rising local star, with acting performances the critics are praising.

The play is written by Alex Webb, an actor, writer and director who played Agent Carter in the TV series “House of Cards” and who directed Hove (The Wind), starring Olympia Dukakis, which has been an official selection at numerous film festivals.

Webb’s new play, Amelia, received critical acclaim in its world premiere in Washington DC in 2012 and is already being developed for a movie version. Renaissance showed impeccable timing in grabbing this script for this season.

The play is set during the Civil War, letting us see a romance threatened by the separations and perilous conditions of war. Playing Amelie, a Pennsylvania farmer with a strong personality, Cassandra Bissell does “her best-ever Milwaukee work,” Milwaukee Journal Sentinel critic Mike Fischer has written.

Meanwhile, Reese Madigan plays both the man who loves Amelia and must morph quickly to play a gallery of other background characters involved in or touched by the war. Fischer calls his performance a “riveting tour de force…Relying on modest changes in voice and posture that he never oversells… Madigan brings each of these many characters alive.”

Onmilwaukee.com critic Dave Begel was equally impressed, noting that “Jason Fassl, who designed and lit the show, may never have been more brilliant or creative.” 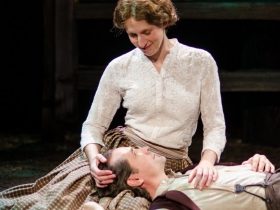 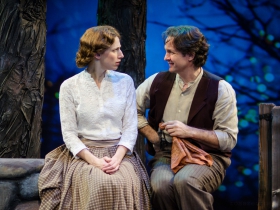 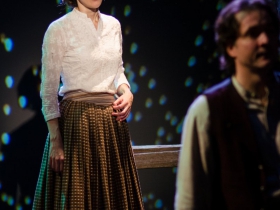 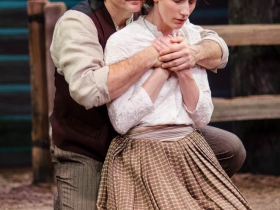 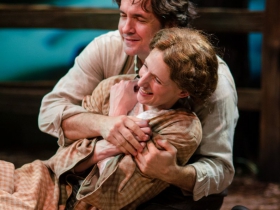 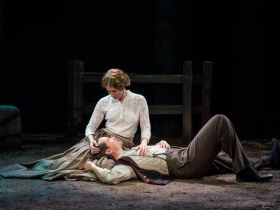