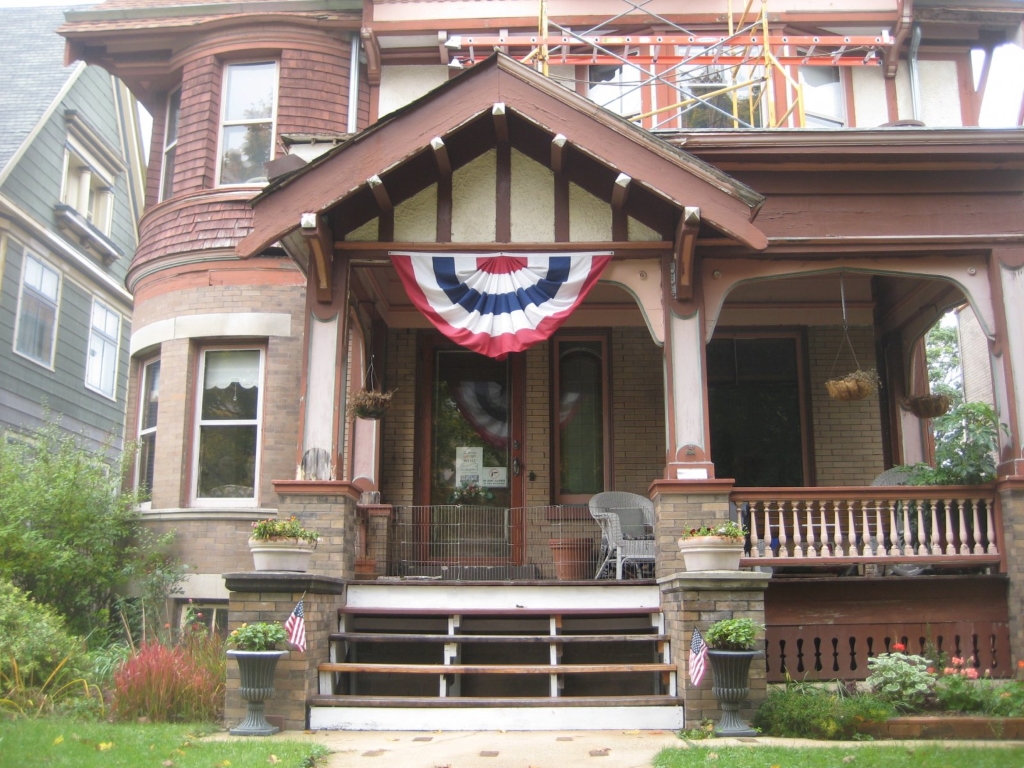 Hase held that job as least as far back as 1893 — the year the firm won its fabled Blue Ribbon as the nation’s best beer at the World’s Columbian Exhibition. Hase was also the Common Council president in the busy year of 1893, serving as the city’s acting mayor from June 5th to July 1st. In short, this was one of the city’s most prominent citizens, who moved nine years later into a stylish, highly detailed home on what had been Cold Spring St., renamed McKinley Boulevard in memory of the recently assassinated president.

Today the home is the residence of Charlie E. Fox and his wife, Joyce A. Seiser.  Fox, 65, has political aspirations of his own, as he is making his first try for public office in an unprecedented fall special election for the District 5 County Supervisor seat vacated by Russell Stamper, II. (Stamper resigned after being elected Milwaukee’s 15th District Alderman, replacing Council President Willie Hines Jr.)

Fox resides in the home with his wife and campaign treasurer Joyce A. Seiser, retired Regional Attorney of the National Labor Relations Board. The residence is located on the grounds of what was once Cold Spring Park, a 60-acre private reserve known in the late 19th century for its racetrack. The second State Fair was held here in 1852.

Organized as Wolcott and Yates subdivision — Col. Theodore Yates was the son-in-law of Erastus B. Wolcott, commander of the Civil War battle of Vicksburg and inventor of the Yates Cannon — the neighborhood was popular with the expanding German upper middle class of the city.

By the 1960s it was getting shabby, and some of the mansions there had been converted into community housing, nursing homes and the like, but the efforts of the Cold Spring Historic Neighborhood, Inc., headed by Joyce Seiser, has returned the street to one of Milwaukee’s finest collections of intact historic buildings — with just a little bit of work yet to go.

This home is a good barometer of the neighborhood’s changes.

By 1949 the postwar changes to the neighborhood had become pronounced. There was a critical housing shortage nationwide. In Milwaukee many large homes were divided into smaller units, some illegally, like this one.

The City of Milwaukee Fire Prevention bureau that year put owner Carl F. Bollmeier on notice that due to “ppl. living in attic only one means of exit,” he must install a Type A Steel Fire Escape or face the penalties of the law.

In November, 1952, Bollmeier received a permit to operate the home, where he resided, as a rooming house for 12 people.

In 1957 the fire inspectors were back and shocked to find that access to the fire escape could only be made through a locked, occupied room.

The rooming house, apparently a money maker, passed into absentee landlord status about 1973 when it was bought  by James G. Eisenberg of Whitefish Bay, a North Shore community with a decided absence of rooming houses.

In 1974 the crowded house was sold to Paul Mater of Universal Investments. Two years later the School Sisters of Notre Dame paid to install an Electrical Mercury Area Light on the premises, presumably for security purposes, although the home did not appear to have served as a convent at any time.

In 1986, having been purchased by the current owners, the inspector found the first and second floors to be owner-occupied. “The 1st fl. ‘shows well’ although the kitchen needs updating,” the inspector noted, adding “the 2nd fl. shows a little more wear.” The inspector also noted the detailing and quality features of the home.

In 1999 the current owners removed a 550-gallon fuel oil tank from the property, and paid $20,000 to restore the front porch and replace the aluminum windows with others more period-appropriate.

By 2002, with historic designation in place, the neighborhood had adopted design standards, and approved Fox-Seiser’s request for a rear garden wall, now topped with concertina wire. A roof of “Harvest Gold” shingles was approved, however, “NO skylight will be permitted.”

The residence is attractively landscaped. Some trimmed asters are compact and colorful, while their untrimmed cousins have become a bit leggy and sprawly, yet quite becoming withal. A bed of Pelargonium Crispum Variegatum and Pelargonium Schoene Helene create a lovely border that only geraniums can provide. Time to pot them up and bring them in the house to spend the winter in the sunny windows. A Red White and Blue banner festoons the front porch, while a lattice work of scaffolding arises to serve a painting project now underway. (Painting projects must always be underway when you own a battleship of a home like this one.) There is a “Vote Charlie Fox” sign in the yard.

The Fox-Seiser home is classified as a duplex, although records indicate it is used as a single-family residence. It consists of a 1,485 square foot first floor, topped by a 1,583 square foot unit above, with a 900 square foot attic. It currently has 5 bedrooms and three full baths (half-baths were quite rare at the turn of the century.) The masonry-clad frame structure sits on a 47-foot- by-150-foot lot which also has an ample 690 square foot garage. 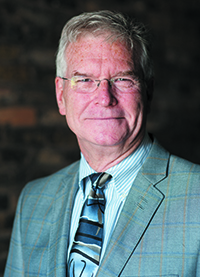 Charlie Fox faces Martin Weddle in the race to replace Russell Stamper, II on the County Board.

The bid is “not a stepping stone for someplace else for a guy like me,” Fox told an audience at a fundraiser at the Milwaukee Sail Loft on Monday, October 13th.

Fox has worked for four decades with non-profits, including a lengthy stint at the ACLU. Now semi-retired, he may be the prototype for future members of the Milwaukee County Board, now that the job of supervisor is to be part-time and poorly paid, with no benefits beginning in 2016.

“The powers that be may rue the day when they forced the board to be essentially unpaid,” said Ald. Bob Bauman when introducing Fox at the event.

No longer a stepping stone, Bauman figures future supervisors will, like Fox, largely be retired, experienced, highly educated folks with plenty of time on their hands to study issues and relatively immune to political influences.

The L-shaped district has the most tortuous contours of any in the county. The minority majority district stretches from the near northwest side to downtown, and includes the entire Historic Third Ward, and the southern portion of the Gold Coast on N. Prospect Ave.

Demographically, it ranges from areas plagued by abandoned homes to penthouse mansions. Only Bauman’s 4th aldermanic district has similar diversity of geography.

Fun Fact: Like his neighbor and employer Frederick Pabst, Ald. Henry Hase, the original occupant of this residence, has his own posthumous Facebook Page.

How Milwaukee Is It? The residence is about 2.5 miles from City Hall, and about 2 miles from the courthouse. 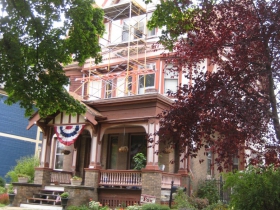 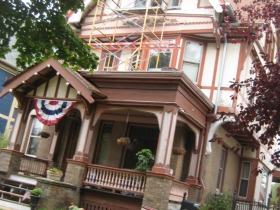 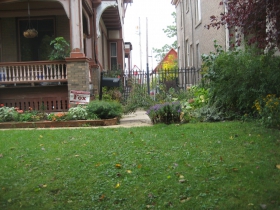 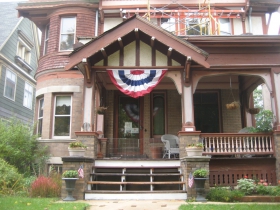 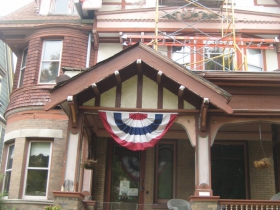 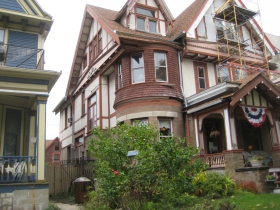