“You had to learn how to take care of yourself”

Jared Lazarevich has lots of autographed baseballs and sports memorabilia. But a good job can be hard to come by. 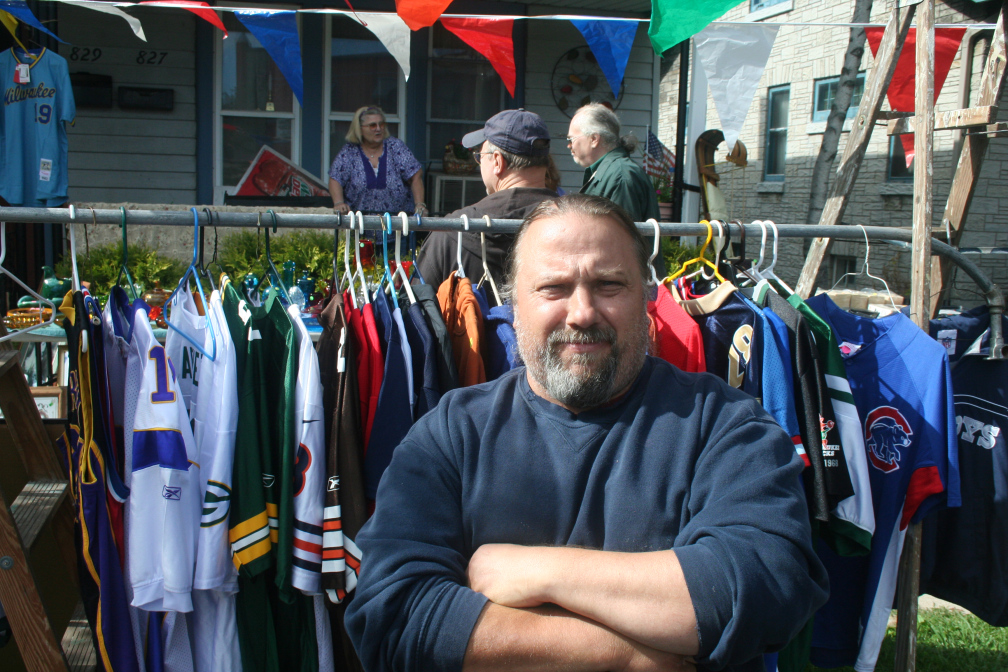 Jared Lazarevich in front of his yard sale on Shea Avenue in Silver City.

Jared Lazarevich pawns his wares from the front yard of 827 Shea Ave. in Silver City. A man walks up with an offer, pointing. “I’ll give you a hundred twenty bucks for the…”

Lazarevich, who grew up on Mitchell Street in a single-parent household, says he’s simply accumulated the impressive selection over time. “A lot of the stuff came from––the jerseys came from me and my brother just growin’ up. A lot of the glassware came from out of my grandfather’s bar and stuff like that. Some of this stuff came from my uncle’s estate who just passed away. So, you know, here and there it just adds up.”

But Lazarevich says his favorite stuff is safe inside. “I’ve got everything from Joe DiMaggio’s autograph to Hank Aaron to Cal Ripken…over 3,000 autographed baseballs; autographed World Series programs,” and more, he says.

For Lazarevich, though, the most prized possession might be his memories. When he was a kid, his family lived by County Stadium but he didn’t have the money to go to Brewers games so, instead, he and his friends would sneak in. How? “Just walked right in. They left the gates open, we’d go in there four, five hours before game time.”

Despite the fact that they were repeat offenders, Lazarevich and his pals never got caught. In fact, they ended up making some friends. “Security guards knew us by name after a while,” he says. “We could get past some guys; they would just leave us alone.”

How does Lazarevich make a living? “Right now, I’m going into the HVAC field – heating and cooling,” he says.

“There’s really nothing exciting about it. Once in a while, if you go into some of the old houses, you’ll take down some of the old heat runs and stuff… sometimes, they would hide money in there, the older people, because they didn’t trust the banks.”

HVAC work might not be very “exciting” but, for Lazarevich, it’s just part of the plan. “Eventually, me and a buddy have a plan of rehabbing houses,” he says. “That’s our future but, right now, we’re just – I wanna get certified in HVAC and go from there.” 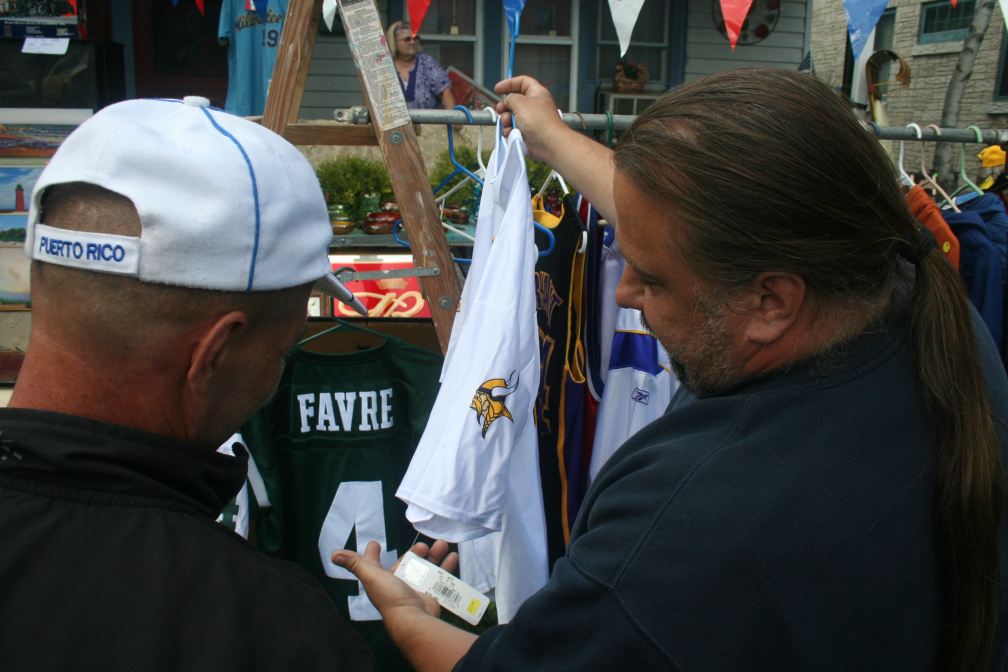 Lazarevich haggles over the price of a Brett Favre jersey.

Another guy comes up and asks about the football jerseys hanging by the curb. Lazarevich turns to help him. “Minnesota? Which one?…The Brett Favre one? Twenty dollars, buddy. Twenty bucks, brand new…how bout it? Brand new, man.”

“Brett Favre stuff’s going up in price – he’s going to the Hall of Fame next year,” Lazarevich tries the hard sell. “So, next year, when you come to get this jersey it’s not gonna be 20 bucks, it’s gonna be 75 bucks.”

Lazarevich gives in. “Give me the 15 – money talks. Got it? I’ll take it. I like dead presidents. There you go…one less, one outta here. There you go.”

“You ain’t got no Broncos?” says the man.