“God gives you a creativity”

An artist, musician and stonecutter, now 67, stills believes in the joy of life. 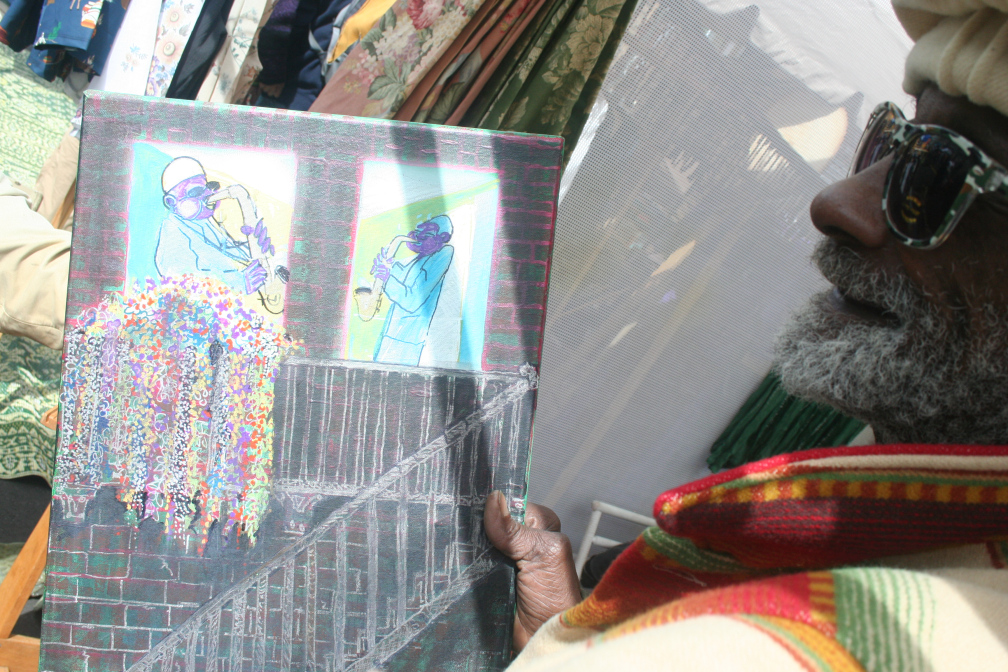 Bashir Malik displays a piece from his “grandmother stories” series.

Bashir Malik walks down the sidewalk at Bay View Bash, backpack on, art in hand, to meet some friends at a vendor tent.

Malik grew up in a part of Milwaukee you might not be as familiar with these days. “Before the expressway was here, I was on Lloyd and 9th,” he says. “Now, the expressway goes right through there.”

It was during that time, at the age of five, when Malik found his first love: music. “My grandmother had a roomin’ house where she would take in the guys who played the jazz and all that Downtown. At that time, they couldn’t stay in hotels Downtown – but they could go…play the night clubs,” says Malik. “So, I fell in love with doing jazz.”

“I kind of liked being in an orchestra. It gives you opportunities to go different places, see different people, meet other musicians along with the music. My mama taught ballet and all that so we had all kinds of music, man.” 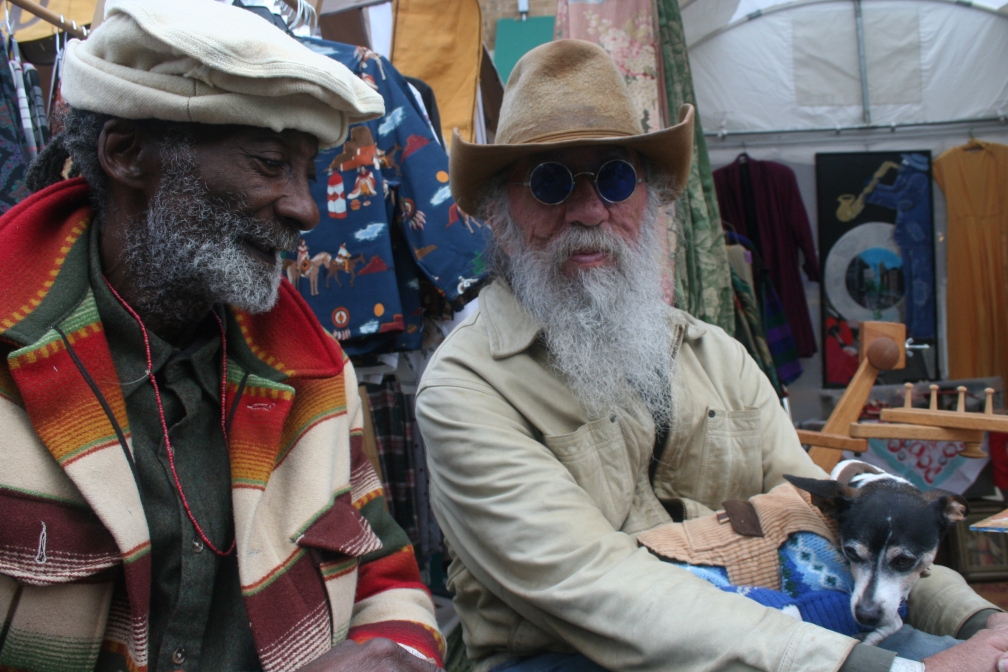 Malik sits with artist and friend “Flame” and his dog, Ren.

Malik, who’s an artist, musician and a stonecutter by trade, says he’s glad he was able to find his passions at such a young age. “You know, when you find your niche early in age it’s easier, I guess, to do what you want to do later on in life. So, I don’t know, I made that my goal and it worked out; I’m happy with it. You have to be happy with what you do, it’s that simple.”

Stonecutting, which was in the family – his father was a stonecutter, too – seemed to come, as everything else, from Malik’s natural curiosity. “I changed my major when I got to go to UW from Riverside cause they had this partnership, you know, and I saw these guys in this room working on this wheel. And the old guy told me that he found this rock, just found it, cut it in half, now he’s polishing it up – it was a nice purple Geode, maybe from Lake Superior or up in Thunder Bay…so, hey man, that hit me right away. Man, you can find something in the ground…so, that intrigued me. Bam. I went off to try to, you know, find different stones and then I loved ‘em and I started cutting ‘em.”

It’s even become somewhat of a family business. “My son and I do, we do jewelry and art and designs.”

“The painting and all that is when I’m not doing that,” he says. 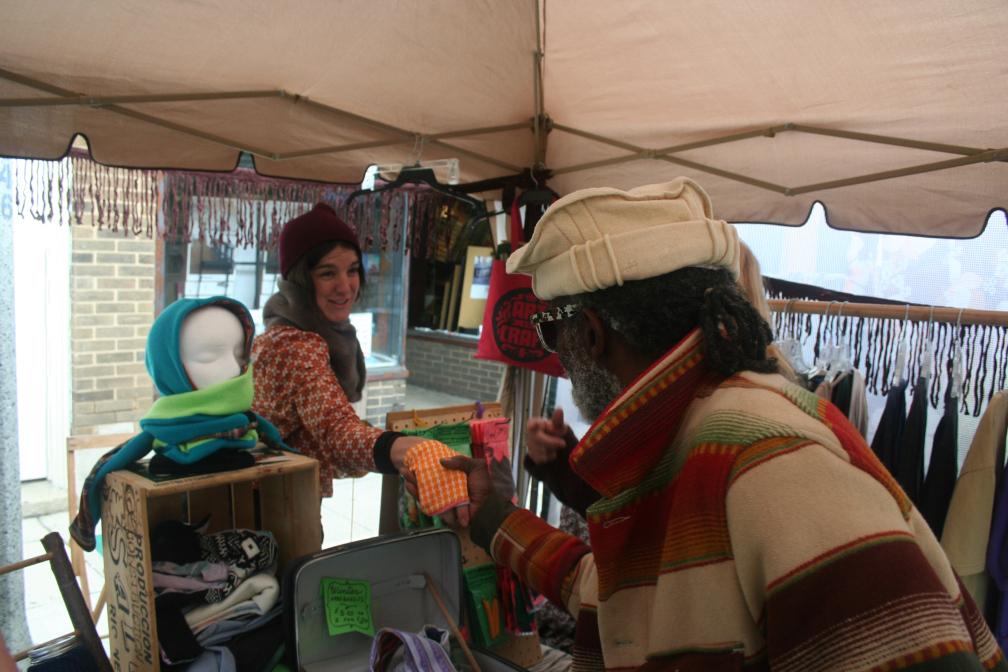 Malik admires the handiwork of another merchant at Bay View Bash.

Malik’s belief in creating runs through everything he does. “Yeah, whatever it is. Creating good will to men, to all people, that’s an art, you know? That would be the biggest, that would be a nice picture.”

But Malik also doesn’t look too far ahead. What’s he looking forward to? “Today…you go day by day. You go day by day because we don’t know when we’re gonna get called from this earth, you know?” Then, he speaks of his other son. “I mean, my son died at 36 years old but he got to achieve what he wanted to. He went overseas, married and he was happy with that, even with cancer.”

Even in tragedy, though, there can be beauty, says Malik. “We don’t know when we’re gonna go but, in that, in that was a blessing anyway; he had a wife, she has a baby after he dies, you know, and I have a grandson.”