Short-sighted Move By We Energies Against Solar Power

We Energies has filed a rate change, currently pending before Wisconsin’s Public Service Commission, that threatens tariff increases for everyone and specifically aims to penalize those with solar power installations. This rate filing is in conjunction with similar changes proposed by utilities Madison Gas & Electric and Wisconsin Public Service.

A question of fairness arises when breaking down one of the proposal’s two main parts. Aside from raising fixed monthly electric rates from $9 to $16, We Energies intends to lower a user’s kWh rate from 13.9 cents to 13.5 cents. This reduction in kWh value rewards high-energy usage customers while punishing those concerned with low-energy usage lifestyles. 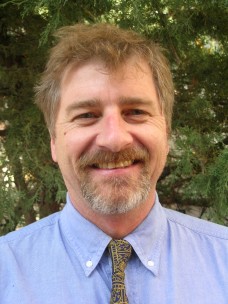 As broken down by Michael Vickerman, director of RENEW Wisconsin, lowering kWh rates will reduce “customer sensitivity to the economic effects of electricity usage.” It sends out a price signal,We Energies wants its customers to use more of its electricity. The environmental impact of this particular move will increase “demand for kWh from the grid,” which will increase carbon emissions and other pollutants. “This is unusual in a rate case,” says Vickerman.

The second part of the proposal is “effectively their tax on clean energy. And that includes clean energy that people already have invested in and put on their house or business. That is the biggest threat.” We Energies is attempting to restructure how solar is measured and charged on a customer’s energy bill in a way that would diminish return on investment.

We Energies is placing a “requirement on customer-generators to own their generation equipment. No arrangements involving leases or third party financing would be allowed.” This would hurt Sunvest, for example, which is a Pewaukee-based general contractor that specializes in solar installation.

State law is not clear on the subject of solar system ownership. The holes in public policy on regulation began closing back in 2006. Vickerman developed and negotiated policy recommendations that were signed into law as the Renewable Energy Standard. The standard, increased from 10 percent to 50 percent in April, was a policy goal designed by former governor Jim Doyle to reach what was at the time considered an ambitious goal.

Sources of outside capital, like Sunvest, are supported by clear language in public policy that regulates solar energy. As an investor, a lack of “clear language creates uncertainty that inhibits investments. If you are an investor, you don’t know whether you can sell or provide energy to a customer from a system behind that customer’s meter. You could be at some risk of being subjected to legal challenge or being regulated as public utility … In those states where the language has been developed through recent law, there is no uncertainty. So a company can go in and work with a school or local government.” Or, for example, with Riverwest homeowners.

What exactly causes this sort of (re)action against solar by We Energies, and how does the current energy grid structure fit into this issue economically? Inhibiting solar investment reflects the values of the management. Vickerman believes the problem is a “short-sighted, kind of control-freak management culture” that wants “to generate all the electricity that customers use. They don’t want to share the grid with anybody else, and that includes their own customers.”

The monopoly infrastructure created with power utilities, like We Energies, is set up to establish an economically efficient system. Better to have “one provider instead of four or five with their own sets of poles and wires and power plants,” says Vickerman. One provider that is a privately owned company entitled to a profit from their investments.

This is where the Public Service Commission comes in as a regulatory body serving the interest of the public. RENEW has provided a link to submit a public comment that will go on record during the hearing. It will be available until Oct. 7.

Federal law requires utilities to accept power from independently sourced units like solar, which has taken shape as a return on investment for customers who have solar installations. However, this process of buyback (or net metering) can also be used detrimentally, as is currently happening with We Energies’ proposed reduction on investment return. “There is clearly a lack” of public policy “that is detrimental to the states economy and the environment and so we would like to promote the idea and the commitment among decision makers to create policies to advance solar, specifically,” Vickerman said.

The largest utility in Minnesota possesses a policy framework that progresses solar via community solar projects, customer generation and utility ownership. “So they’re gonna move forward. They’re gonna see a rapid expansion of solar and it’s gonna come at a relatively low cost. We don’t have that in Wisconsin.”

In addition to RENEW Wisconsin, the City of Milwaukee’s solar initiative Milwaukee Shines is a local resource for project organization and is tracking the development of the rate case. The technical hearing in Madison is scheduled for today, while the public hearing in Milwaukee is set for Oct. 8.