Last Call for The Curve Bar

After a short run on prime real estate, the bar will be looking for a new home as the city continues its ceaseless evolution.

When Dan Fitzgibbons opened The Curve Bar late in 2013 he figured he might have a four-year run before the old tavern at 1634 N. Water St. would succumb to development.

Now it looks like he’ll be lucky to last a year in the place.

Last week, he received a letter from the landlord terminating his lease as of the end of September (since extended to mid-October). As my colleague Jeramey Jannene reported in July, The Curve will be replaced with The Rhythm, an apartment building proposed by Tim Gokhman and Fitzgibbons’s landlord, House Confidential honoree Jim Wiechmann.

This will put Fitzgibbons in the market for a new place. It’s not the first time he’s been in that position. He used to own Fitzgibbons Pub, further south at 1127 N. Water St., and moved out when the landlord installed Pourman’s Pub on the site. This put Fitzgibbons out on the street for a while. It took him a few months to find his current spot, and a good year of sweat equity to get it ready for occupancy.

The place was certainly well-worn when he got his hands on it, and Fitzgibbons stripped the interior down to the bones, fortunately preserving the urinal in the men’s room, which is among three of the most venerable (age-wise) in the city, ranking up there with the porcelain monuments at the Roman Coin and at the Uptowner. If he had removed the fixture, of nearly walk-in size, it would have opened up a whole can of regulatory worms, and revoked all sorts of plumbing grandfather clauses that enabled the tavern to be renovatable. No sense pouring money down the literal and figurative toilet for a place that was doomed from the start.

Fitzgibbons was generous with the sledgehammer, although you could have used a feather duster to demolish some of the crumbling old surfaces of the bar. Gone are the kitchen, old paneling and odds and ends that marked the tavern when it was O’Brady’s and before that the Old Casino Steak House. Fitzgibbons eschewed beer signs and the other junk that cluttered the walls and concentrated on a simple palette of primary colors for the walls and the old tin ceiling above. It’s still a dive bar from the outside. After all, there are limits to what you can do to a place that soon will be no more.

Five widescreen televisions above the bar are tuned to sports channels, which you can watch or ignore at your leisure. This is a talker’s bar, first and foremost, and a regular stop for any number of tavern owners and bartenders from the East Side and environs. A few steps away from the bar area is a small room with an unused fireplace, a pool table, and keeping things warm on the east wall, one of the largest radiators you are likely to encounter.

You can leave the pool room through a set of double doors and enter a patio area that is screened from busy Water St. Here you can catch bands in season, or a smoke when the urge strikes. The tavern license describes this as a “horseshoe and beanbag” area. Get your game on.

Unlike virtually any other Water Street tavern, this one is amply endowed with parking — there is room for 40 cars on the surface lot to the south of the building, and a couple of windows for you to keep an eye out on your vehicle and the traffic whizzing by where Water Street bends (hence the name “The Curve.”)

This monumental floor-mounted urinal dates to the first years of manufacture of such an appliance. Photo taken September 10th, 2014 by Michael Horne. All Rights Reserved.

Redevelopment of the site was almost inevitable, if you consider the value of the property. The city assesses the 16,800 square foot property at $386,400 for the land, or $23 per square foot. That’s some prime dirt. But the improvements — the building that Fitz put so much time and money into — is valued at only $100. You could probably get the John Michael Kohler Art Center to pay more than that for the urinal alone. Taxes are $11,803.60 and paid on the installment plan.

The building itself is ancient. Its history is shrouded in the mists of time. As early as 1888 it appears in the city directory as the home of Anton Stowasser, who also operated a bakery on the site, probably using that fireplace in the pool room to cook his loaves. Across the street was Trostel’s tannery. To the south was a pile of scrap lumber, from the mill on the river there. Not far upstream was a soap factory, near where the Holton Viaduct is today. The soap factory had a ready source of tallow from the tanneries. Anything left over was simply dumped into the open sewer that bore our city’s name.

The building is nestled into a hillside, one of the few remnants of the bluff that bordered the east bank of the Milwaukee river all the way downstream to the lake.

The first real public works project in the early settlement of Milwaukee was for Irish workers to level the bluff and narrow the river and fill in the swamps by dumping the spoils there. This work continued for decades as the city expanded northward, enabling horse-drawn vehicles, laden with goods, to make it uphill as new streets were carved into the earth. If you think the hill at E. Juneau Street is steep today, consider what it must have been like when Solomon Juneau first encountered it. (Juneau’s home at the intersection of N. Water and E. Michigan streets was about 25 feet above today’s street grade.)

Maps from 1894 and 1910 show The Curve’s building where it is today, but then it had many more neighbors, frame structures like itself that provided housing, shopping and drinking for the tannery workers who abounded in the area as late as the 1990’s. Tanneries across the street had a nasty habit of catching fire, as did the nearby lumberyards, often taking neighboring buildings with them. It is a wonder that any remain.

It was no more than a generation ago that this place, along with what is now Brocach (1850 N. Water St.) and Trocadero (1758 N.Water St.), filled up with tannery workers eager for a quick drink or dozen after a long shift in the messy plants across the street; places with names like Pfister & Vogel, Trostel, Gallun. You didn’t need your eyes to tell when the tannery guys were in the house — you could use your nose.

We tend to forget the industrial history of our river, and the absolute mess that open sewer was for a century and a half. While gentrification and the expansion of housing on the river is displacing places like The Curve, it also is making an era in our history a thing of the past. Just as well. Time to move on. 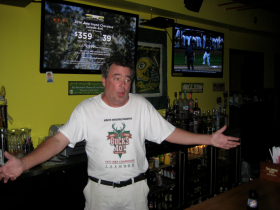 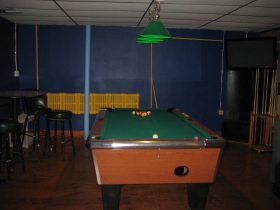 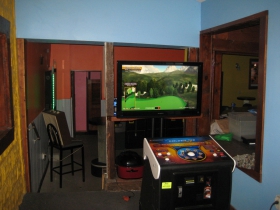 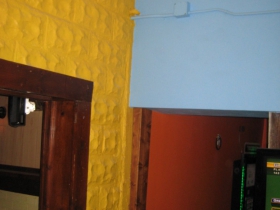 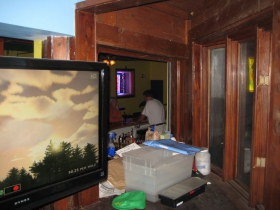 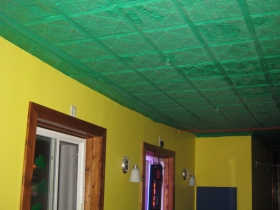 0 thoughts on “Taverns: Last Call for The Curve Bar”