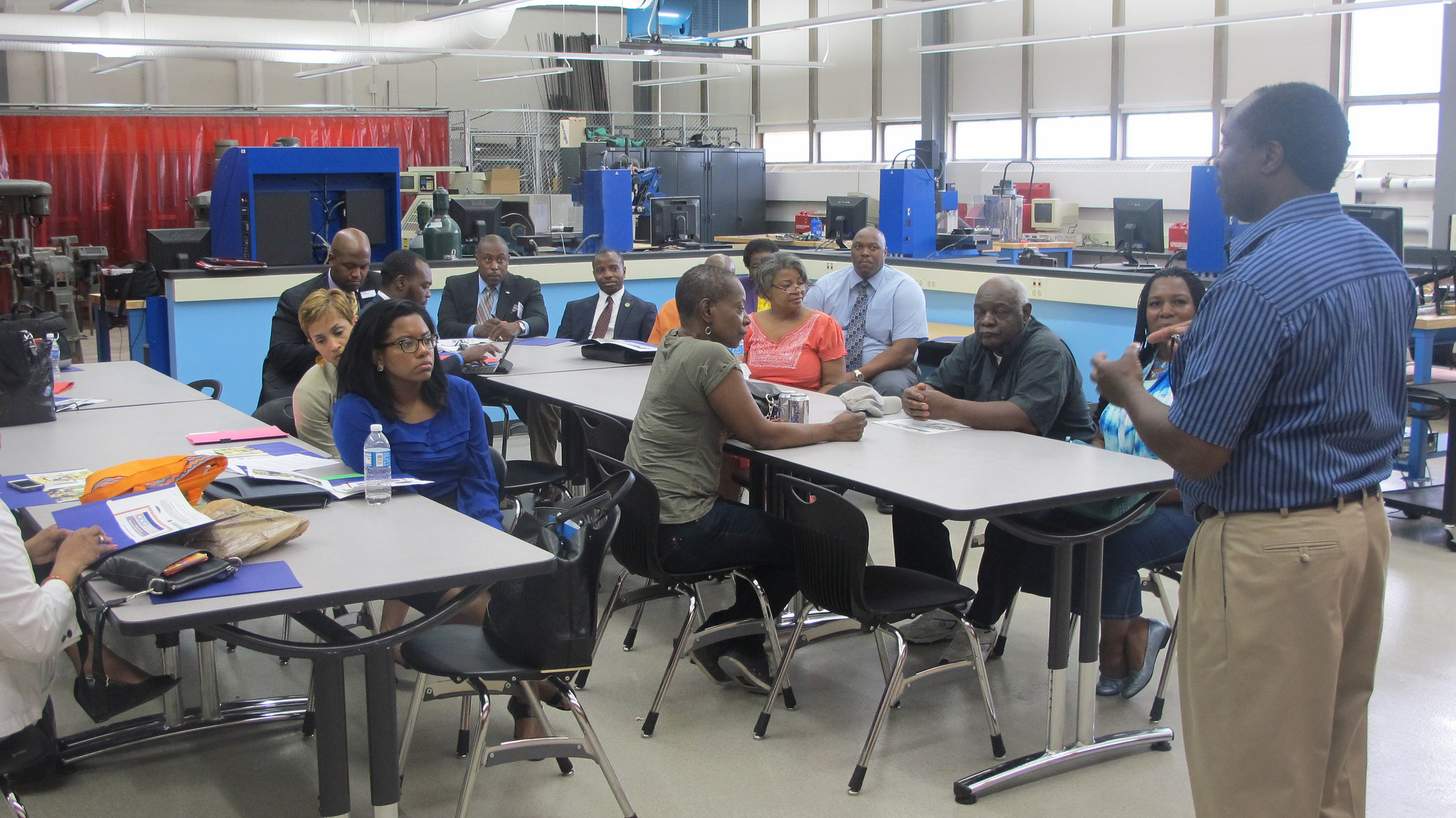 One Hope Made Strong, a construction skills training program with 275 students enrolled and a waiting list of more than 500 students, has been forced to leave North Division High School because its founder was ineligible to sign a contract to use the facility.

Ezzard White, a business owner and retired electrical technology teacher, founded the program in fall 2013 and has paid all costs for the program himself, according to Pastor Theresa Thomas-Boyd, a member of the organization.

Classes were held at North Division High School, 1011 W. Center St., between April and June. In June, White was told that the program needed to move out of the school. MPS spokesman Tony Tagliavia said that White was ineligible to sign the contract because he has a criminal record.

Finding appropriate space for classes has been a challenge. Classes were initially held in several central city churches whose pastors donated space, but from the beginning White sought workshop space where students would have access to tools and hands-on training. 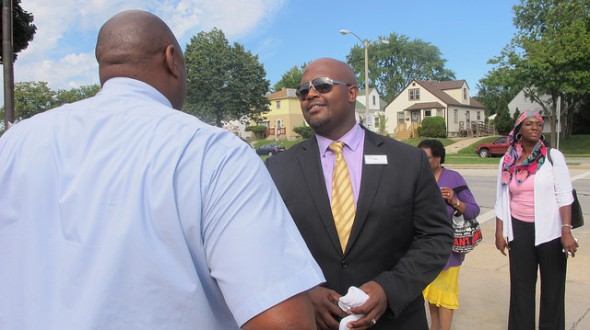 Last spring, he worked out an arrangement through Milwaukee Recreation, a division of Milwaukee Public Schools, to use idle industrial technology labs at North Division High School.

White received a phone call from MPS’ Chief Operations Officer Michelle Nate in June informing him that he would not be able to continue at the school, he said.

According to White, MPS called his students and told them the OHMS classes were being cancelled. The school district refunded the $40 fee each student paid for use of the classrooms and labs, White said.

White said that he has a 25-year-old forgery conviction that occurred when a tenant signed over a welfare check to him for rent, claimed that the check was stolen and filed for a replacement check from the state. White said he was on probation for 10 years.

White and his students were able to return immediately to the program’s original home at St. Francis of Assisi Catholic Church, 1927 N. 4th St., and finish the interrupted welding classes. However, students will have to make up the lab portion of the module before completing the program.

Although plans are not finalized, White expects to continue offering the classes at the Barack Obama School of Career and Technical Education, 5075 N. Sherman Blvd., on Monday, Tuesday and Wednesday evenings beginning in mid-September. Interested students can contact Program Director Ruby Dawson at 414-445-0373.

White said he has been told by MPS that he is eligible to teach, adding that others in the OHMS organization can be parties to a contractual agreement.

White addressed a group of representatives from the National League of Cities and My Brothers Keeper at Barack Obama School during a recent two-day visit to Milwaukee. Milwaukee was one of 11 cities selected from among 28 applicants by the National League of Cities Institute for Youth, Education and Families. The cities will receive technical assistance and grants to help with their work to reduce disparities and promote achievement among black men and boys, said NLC Senior Fellow Leon Andrews.

My Brothers Keeper is a White House initiative to address persistent opportunity gaps faced by boys and young men of color and ensure that all young people can reach their full potential, according to its Web site.