Featuring 104 apartments and 7,000 square feet of retail space, it's the first mixed-use building constructed on the county's portion of Park East land.

Construction of the first phase of Wangard Partners, Inc.’s Avenir apartments is near completion. Located on a site bordered by N. Milwaukee, N. Jefferson, E. Lyon and E. Ogden streets, it will be the first mixed-use residential building to open within Milwaukee County’s former Park East Freeway land. Pre-leasing of apartments starts this September, when a model unit will open, and occupancy will begin in late October.

The five-story building will have 104 market-rate apartment units and 7,072 square-feet of first-floor retail space. The building will include a green roof and underground water detention storage tanks, the latter to limit the impact of storm water runoff on the sewer system. The project uses an OldCastle EnduraMax system, which according to an email from Dorothy Snow, of Wangard Partners, is a high-performance wall system that will help the building achieve a significantly higher R rating than conventional buildings.

Construction of a two-level parking structure to accommodate the public and retail users will start next week.

A five-story, 95-unit apartment building located on N. Milwaukee St. will be built as the second phase of the project, and is expected to start construction in Spring 2015

In Other Wangard News… 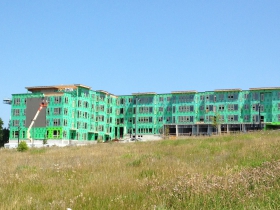 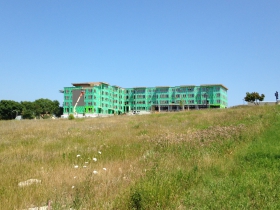 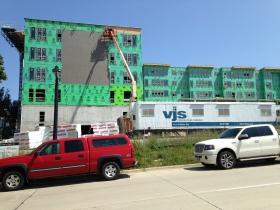 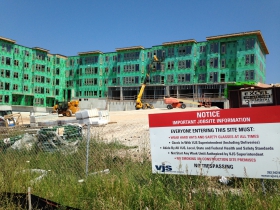 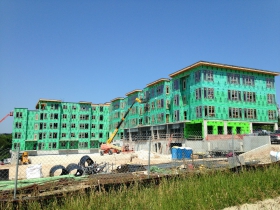 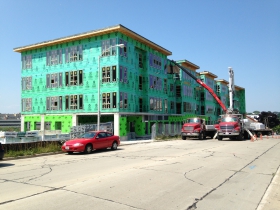 One thought on “Friday Photos: The Avenir Nears Completion”