Firm that started in Third Ward is returning there from suburbs, relocating 110 employees and overhauling a boring 1960's building.

In December, Dohmen Co. purchased an entire block in the Historic Third Ward and announced they were coming home. Dohmen, which provides technical consulting services to life science manufacturers, was founded in 1858 in the Third Ward. The company, which has grown immensely in those 156 years, is relocating 110 employees from Menomonee Falls back to the city where it all started.

The one-story building Dohmen is significantly renovating was once occupied by Milwaukee Magazine as well as sports bar Fanatics and a host of other bars and restaurants (it felt like a revolving door towards the end). The 42,141 square-foot building was built in 1964. Dohmen purchased the building and accompanying parking lot for $10 million. Dohmen acquired the building from the Kathleen D’Acquisto Irrevocable Trust and it had an assessed value of $3.387 million at the time of the sale. The block is bounded by E. Chicago St., N. Jefferson St., E. Menomonee St. and N. Milwaukee St.

Employees are expected to move into the buidling in the third quarter of 2014. The company also has operations in San Francisco, Ontario, Denver, St. Louis and Memphis. It’s still family owned, now in the fifth generation and led by Dohmen descendant Cynthia LaConte.

Michael DeMichele of DeMichele Co. has represented Dohmen in the transaction and will serve as the building manager. DeMichele has also been heavily involved in the nearby new 88Nine Radio Milwaukee station. Architecture services on the project are being provided by Kubala Washatko Architects.

Dohmen didn’t escape the 1892 Third Ward fire, the biggest fire in Milwaukee history. In fact, Dohmen’s building on E. Water St. was completely destroyed, as it had the bad luck of being located next to Union Oil Company, where the fire started. Not that it would have mattered, since the fire destroyed almost all of the Third Ward and left almost 2,000 people homeless. At the time, the F. Dohmen Co. was a wholesale pharmacy led by Friedrich Dohmen.

The headquarters of the firm had moved to the Third Ward in 2009 from Germantown. That office was temporarily relocated to Menomonee Falls before the move to the new office at 417 E. Chicago St., which will thereby consolidate all of the firm’s operations across the state at this Third Ward location. 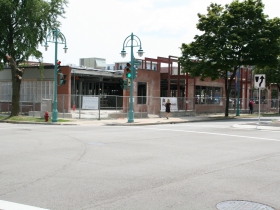 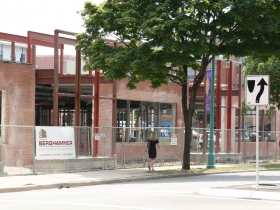 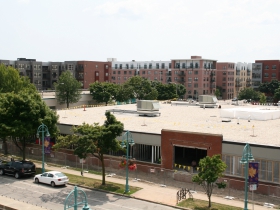 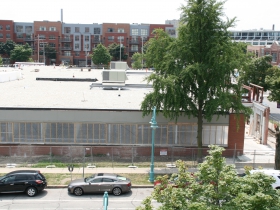 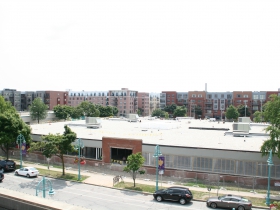 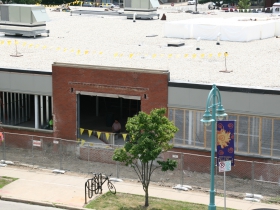