Delicious home-made bakery and a commitment to the neighborhood were somehow combined in a unique venture. 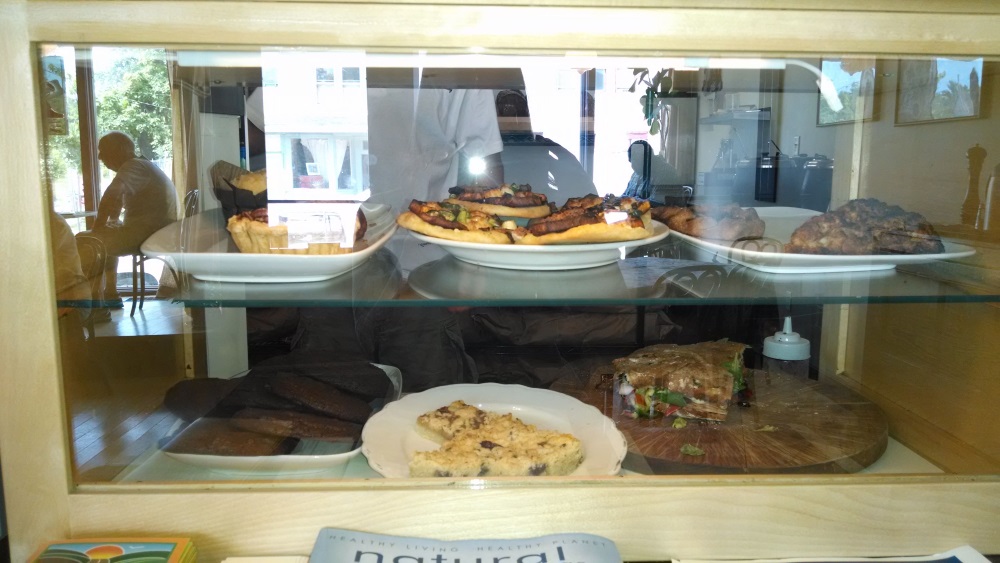 Before David Boucher and his wife Stephanie Shipley opened Amaranth Bakery (3309 W. Lisbon Ave) in 2006, the Washington Park neighborhood was crime ridden and in a state of extreme poverty.

“Milwaukee’s notorious 3-4 gang was in this building in the 1980’s,” recalls Boucher. “Some gang members changed while others went to jail. The Parkway Theater nearby was a red light district that was eventually torn down.”

“It took us many years to rehab the building because we did it by ourselves on evenings and weekends,” Shipley recalls. “The success behind the bakery is based on my interest in sourdough bread and also our desire to give people a space to feel connected.”

Shipley and Boucher are both passionate about community activism and met working at a non-profit organization many years ago. After their marriage, they impulsively bought the building out of foreclosure in 2000 intending to create a community gathering spot.

“We opened the business out of sheer ignorance without knowing how much work it takes to make it successful,” he laughs. “But our product volume and sales quickly increased and our job has become so rewarding.”

Shipley and Boucher have worked with various local caterers and food manufacturers in the area. The couple currently works with Dan Bieser, who makes Tabal chocolate bars, also operating on Lisbon. Bieser buys cacao beans from Latin America, roasting, cracking, milling and adding cacao butter himself. Boucher and Shipley also buy produce from Growing Power and work with a caterer from Localicious in Riverwest.

Amaranth Bakery’s building has white painted walls with diverse, colorful artwork from Milwaukee, New York, Canada, and Africa. The right hand corner towards the entrance has a canvas with bird ornaments from Milwaukee’s Samara Garden and Home. The right hand window has ceramics from Africa and paintings from Milwaukee artists. The back left hand corner has a large bookshelf with historic books and magazines, including a local paper ran by Shipley years ago, but cancelled due to the couple’s busy schedules.

Once Amaranth opened, an arts scene gradually emerged due to the couple’s desire to revitalize squatter properties. Ko Thi Dance Company operates upstairs and pays rent to Boucher and Shipley. The couple also rents out space they own across the street to ceramics artist Muneer Bahauddeen. They support Bahauddeen’s art enrichment programs and efforts at Milwaukee public schools and colleges. They also rent out to Express Milwaukee (3333 W. Lisbon Ave), a youth arts non-profit organization ran by a UW-Milwaukee dance instructor.

“Muneer operates the studio downstairs and lives upstairs,” said Dan. “The building was a crack house in 2000, so we bought that building out of foreclosure in 2008, and started renting to Ko Thi a year later,” says Boucher. 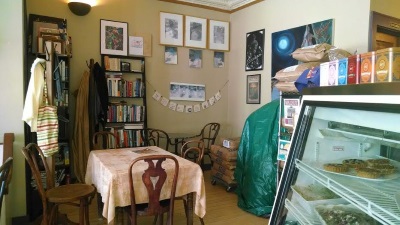 Amaranth Bakery has six part-time employees and two volunteers. Martha Rogers, a retired Milwaukee Public School District employee was a customer throughout her teaching career. She offered to help shortly after her retirement because she supports their mission to improve the neighborhood.

“I like being a volunteer better than an employee because it works with my schedule,” states Rogers. “Sometimes I help with making food and other days I operate the register. I approached David myself about helping out here after my retirement two and half years ago.”

Amaranth’s latest challenge is construction work along W. Lisbon Ave., which has threatened business. Due to the construction the bakery temporarily closed on July 2nd and reopened the next weekend after the holidays. Part of Lisbon currently has construction, making it a little more difficult for people to get there if they take the bridge route.

“During June and July, we operate Saturday and Sunday from 7 am to 2 pm, and operate weekday hours once MPS re-opens,” Rogers says.

Although the bakery is successful, David and Stephanie don’t focus on expanding franchises, but rather encouraging community building efforts in the neighborhood. They hold farmers markets on Sundays at different neighborhood locations. This year, they have started an urban agriculture market near their building, allowing people to buy produce.

“I love my neighborhood. There is so much diversity that five languages are spoken on the block I live on and the non-profits have made it a tourist attraction,” Boucher exclaimed. “People mistakenly think our residents from a low-income neighborhood just don’t care, but they are very concerned about jobs, reducing crime, and getting better housing just as much as I am.” 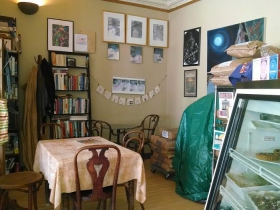 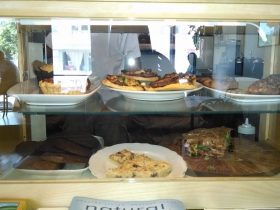 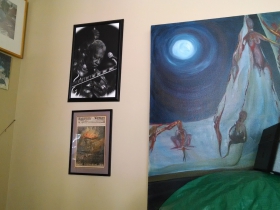 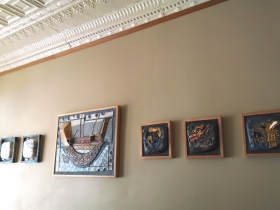 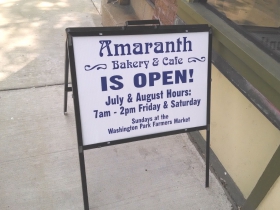 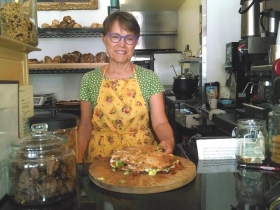