Popular Amaranth Bakery given only 24 hours notice by city; Lisbon Ave. bridge will be shut down till November.

By Patrick Leary, Milwaukee Neighborhood News Service - Jun 25th, 2014 09:29 am
Get a daily rundown of the top stories on Urban Milwaukee 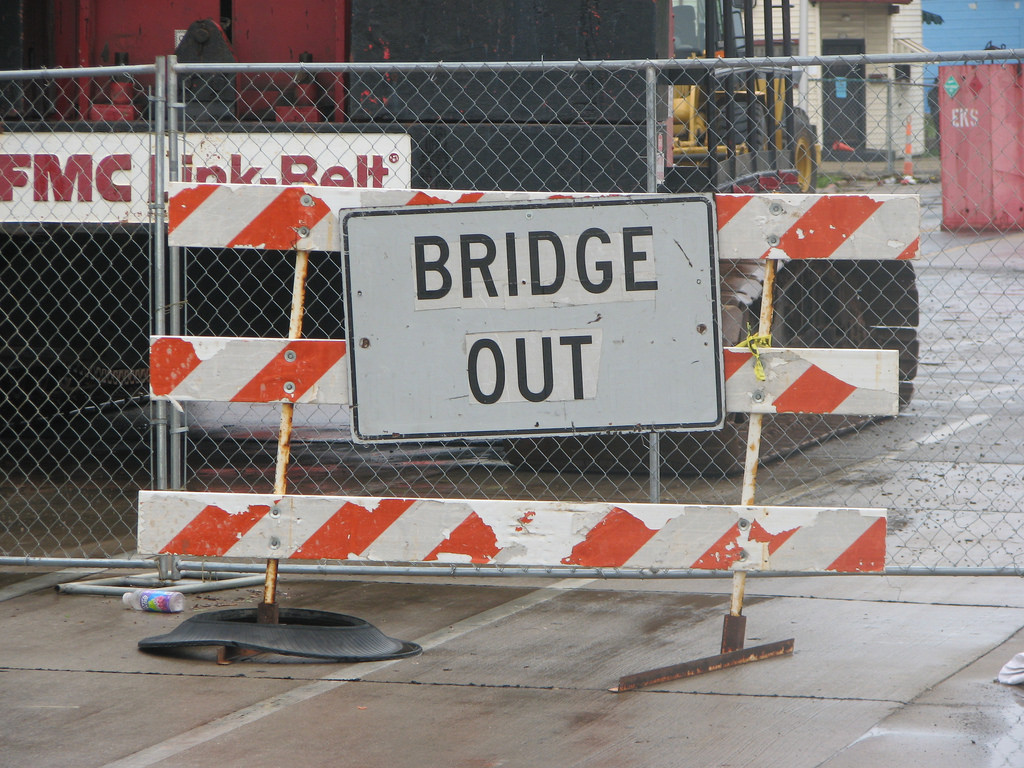 When Amaranth Bakery & Cafe co-owners Dave Boucher and Stephanie Shipley found out the West Lisbon Avenue Bridge would be closing for replacement, their immediate reaction was a rather fiery Facebook post directed at Milwaukee’s government.

“24 hr notice?” the post read. “Thanks, City Hall, you will be remembered at tax time. Notice must be reserved for big business.”

Since June 14, when Shipley posted the comment, the reality of Amaranth’s situation has sunk in. The bakery, at 3329 W. Lisbon Ave in the Washington Park neighborhood, will face a serious threat to its business over the next few months, Boucher said. On Monday, the city began a $1.9 million project to replace the bridge, which will last until late November and restrict access to businesses between 30th and 35th streets.

Boucher, who has co-owned the restaurant/coffee shop with Shipley since 2006, was caught off guard when a representative of the Department of Public Works contacted him Friday, June 13, about the bridge closing.

“I’m ecstatic that the bridge is being replaced,” Boucher said. But he was taken aback when he learned that the project was starting the following Monday. “Twenty-four hour business notice is not what I consider appropriate timing.”

Boucher described the conversation as “the latest in a string of relationships with City Hall” that have rubbed him the wrong way. He also complained of overzealous fire and plumbing inspections in the past 12 months. He views the bridge incident as a further example of the disconnect between small businesses and the city.

“We’re all working in our little silos, independent of anyone else, and no one notifies anyone else of what’s going on,” he said.

The Department of Public Works did not immediately respond to several requests for comment.  A press release put out by the department said that the current bridge was built in 1932 by the Soo Line Railroad. “Over the years, the bridge has undergone regular maintenance to keep it in service for more than 80 years. However, the bridge has now deteriorated to the point where it needs to be replaced,” the release stated.

As to how the closure will affect the bakery, Boucher is not overly concerned in the short term. Amaranth reduces its hours dramatically in July and August, partly due to the construction characteristic of the summer months. It’s the fall that worries him.

“Because of the proximity of MPS, we have a lot of customers involved with the school system,” he said. “When school is back, when people are back on their regular schedules and not on vacation schedules, will they be diverted from Lisbon Avenue?”

Cindy Thompson, a periodic Amaranth customer who is the development director for United Methodist Children’s Services on 39th and Lisbon, shared Boucher’s concern. She said that after she told a colleague she was eating lunch at Amaranth, the colleague expressed shock that the bakery was remaining open during the construction.

“I intended to come here,” Thompson said, but noted that the construction will prevent people from driving by and stopping impulsively.

Loss of business at Amaranth could threaten community jobs. Boucher and his wife employ six people in the bakery, and the two surrounding businesses they own — including an urban art center — employ another 20.

“If you take (those businesses) away, your back to where you were at the last part of the last century,” Boucher said. “Basically, Lisbon Avenue is a vacated, boarded-storefront, dilapidated business square. “

And according to Thompson, that would be a shame.

“They’re an anchor in the community,” she said. “This is a neighborhood that could just be a conglomeration of people living near each other and having no connection. It’s places like this that connects neighbors.”