The Dreams of Al Vento

West Allis native is making it as Hollywood actor, but it hasn’t been easy.

West Allis native Al Vento grew up dreaming of being a Hollywood strongman like his heroes Sylvester Stallone and Arnold Schwarzenegger. But he had to go to Chicago to work on achieving that dream. Now with a major acting contract in hand, he is now on his way to Hollywood to make his mark.

“My genre is all action. I want to be working beside Jet Li some day or Jason Statham,” says Vento.

Born in the early 1980’s Vento discovered a love of action films and martial arts at a young age. Now in his early thirties, Vento recalls acting out his favorite films as a child.

“I was mimicking James Bond and my heroes like Arnold and Stallone. I wanted to be like them, so I started working out a lot and got some skills under my belt.”

Unable to afford proper lessons in his youth, Vento self-trained in martial arts mimicking the moves of screen legends Chuck Norris, Jean-Claude van Damme, and Bruce Lee. After graduating college, Vento undertook formal training in Hapkido, obtaining a black belt. Today he is nearing a black belt in Kung Fu, and practices Jeet Kun Do, Wing Chung, and Jujitsu. Though it took five years since his 2009 debut in film industry his extensive martial arts knowledge did not go without recognition.

“I was talking to managers and agents out in LA. One agent asked me, ‘if you could go to China and train with Jet Li, could you do that?’ My eyes widened and I was like yeah, of course, but I didn’t have the money or the means to live in China for six months,” says Vento.

Instead, Vento refocused on the growing Chicago film industry. Starting off as an extra, Vento spread his name around and earned a number of roles portraying Italian gangster stereotypes. Seeing any opportunity as a step in the right direction, Vento wasn’t concerned about his early days as a typecast actor.

“I want the gangster roles. I love them. I’ll do them any day. If it gets me work and gets me in a character that I can do it’s awesome,” said an enthusiastic Vento. “I want De Niro, Pacino, and Ray Liotta to send (roles) down the ranks to the new era of gangster.”

But Vento, whose official bio lists him at 5 foot, 7 inches and 155 pounds, with brown hair and blue eyes, was meanwhile building his reputation for action films, using his extensive martial arts knowledge to choreograph fight scenes and perform stunts. His work in the film, Gadfly, scored him his first lead role in 2013’s Gimmick as ex-boxing champ, ‘Sick’ Rick Russo. Vento has since taken on more action roles performing alongside Gillian Anderson of X-Files fame on NBC’s “Crisis” as a FBI Agent and FBI Hostage Rescue operator. He also portrayed Ricky the Mobster in the movie Johnny, and played the soldier, Gideon, in the Sci-Fi thriller Bravo 1, a project on which he also served as fight choreographer. (His full list of performances can be found here)

With a fresh contract in hand, Vento is heading west and setting his sights on the holy grail of cinema. Currently he is involved in a the rather secretive web series spin off of the popular fantasy series, “Xena Warrior Princess.” Though he is contractually obligated not to reveal too much about his role on the upcoming series, Vento will be starring as the second-in-command to show’s primary antagonist, the Greek god of war, Ares.

Like all actors, Al Vento started off as nothing more than a dreamer hoping to emulate his big-screen heroes. Though he’s had some great opportunities pass him by, Vento looks at his five year career with pride and says it’s all been worth the time and effort and struggles. So to any young people in Milwaukee with similar dreams, he says: “There is no special formula. You’re going to get beaten down and rejected but you got to keep going. One more audition can be it. Don’t give up.” 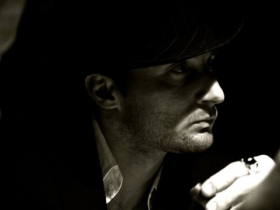 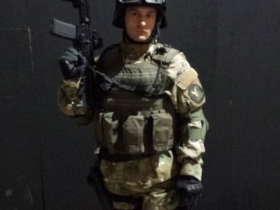 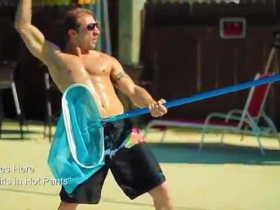 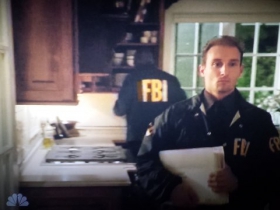 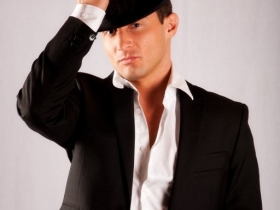 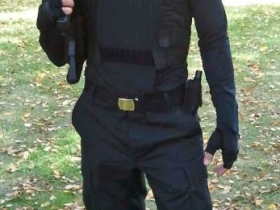 0 thoughts on “Profile: The Dreams of Al Vento”