He lives far outside Gwen Moore's congressional district, but is running for the seat anyway. 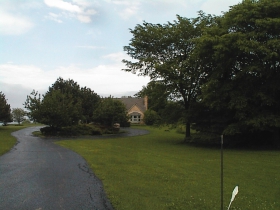 ​A roundabout driveway provides ease of ingress and egress at the George home. The landscape, original to the property is showing its age. The crowding of the traffic lane by low-hanging branches is a concern. Photo by Michael Horne.

Since 2010, after he finished serving his federal sentence for illegal kickbacks and once again was eligible to vote, former State Senator Gary R. George has done so at the Grafton Town Hall, using this lakefront home on three acres as his official address.

During his term in the State Senate, from 1981 until he was recalled in 2003, he used a voting address of 1100 W. Wells St. #1711 in the central city 6th district. But, as Bruce Murphy noted in a Journal Sentinel expose in 2003, the home in Grafton, which George purchased in 1990, was presumed to be his principal residence.

“If you buy a $279,000 home, you’ll probably use that as your principal residence,” Ald. Marvin Pratt said at the time.

George, however, called it a summer lake home and investment property.

The home, George, and residency issues are back in the news since George has announced plans to challenge fellow Democrat Rep. Gwen Moore in the primary election for her congressional seat in Milwaukee County.

His decision came, despite an open congressional seat vacated by Rep. Tom Petri and with no Democrat candidate in the district where George lives and votes. So, if he beats Moore in the primary, George might want to pretend to live in his district again, perhaps once more using the W. Wells St. address.

This however, presumes that George will win the election against the incumbent, who has the support of party leaders. Moore herself, a former House Confidential honoree, lives in a home that she had to move to after she won a seat in the State Senate, where she served with George.

Their partnership was somewhat imperfect. As soon as she took office, she has told friends, George took her aside and told her that he was the boss, she was just a welfare mother and other such affronts.

George’s candidacy has raised questions about why he’s running. Some speculate he is doing so to harry Moore and to keep her distracted and unable to work at raising support for other Democratic candidates. Some see the hand of former Republican Assembly Speaker Scott Jensen in the move. Maybe George just likes to see his name in the paper. Or, maybe it’s just to raise money, although Dan Bice of the Journal Sentinel thinks George, as a private citizen, will likely not be the fundraising powerhouse he was as a powerful member of the Joint Committee on Finance.

There is one other unmentioned possibility. While he may lack his previous fundraising prowess, George will be able to spend money that he raises on his campaign. Past experience shows he particularly enjoys that part of electioneering.

In 1992 he raised more money than any other unopposed Senator running for re-election, spending $2,552 on meals at such fancy restaurants as the Madison Club, and L’Etoile, both then In the Capital City.

In 2000 he spent $19,386 in travel and lodging. In 1998, while running in the primary for Governor (another race for which he had scant chance of victory), George spent $1,443 at the Milwaukee Athletic Club. Even members of his family benefited from the race – he spent $4,861 in that fashion, including $942 paid to himself.

George was faulted in his divorce case for spending above his means, and it seems he continues to do so even though his law license has been reinstated.

He still owes the Office of Lawyer Regulation $14,000 related to that action.

As for the interior details of George’s home, something House Confidential has regularly reported, I regret to say the Town of Grafton was unable to provide me with details of any kind.

How Milwaukee Is It? The residence is about 22 miles north of City Hall.

Correction: An early version of this story said George would be ineligible to run should he live outside the congressional district, but under the law anyone who lives within the state can run for a congressional seat within that state. 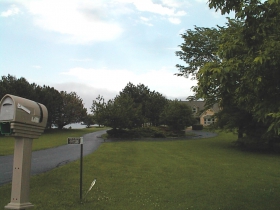 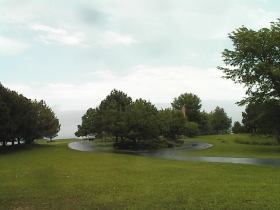 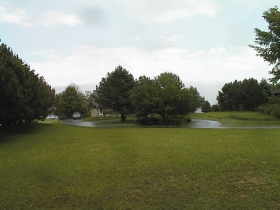 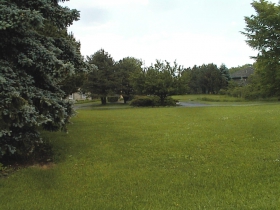