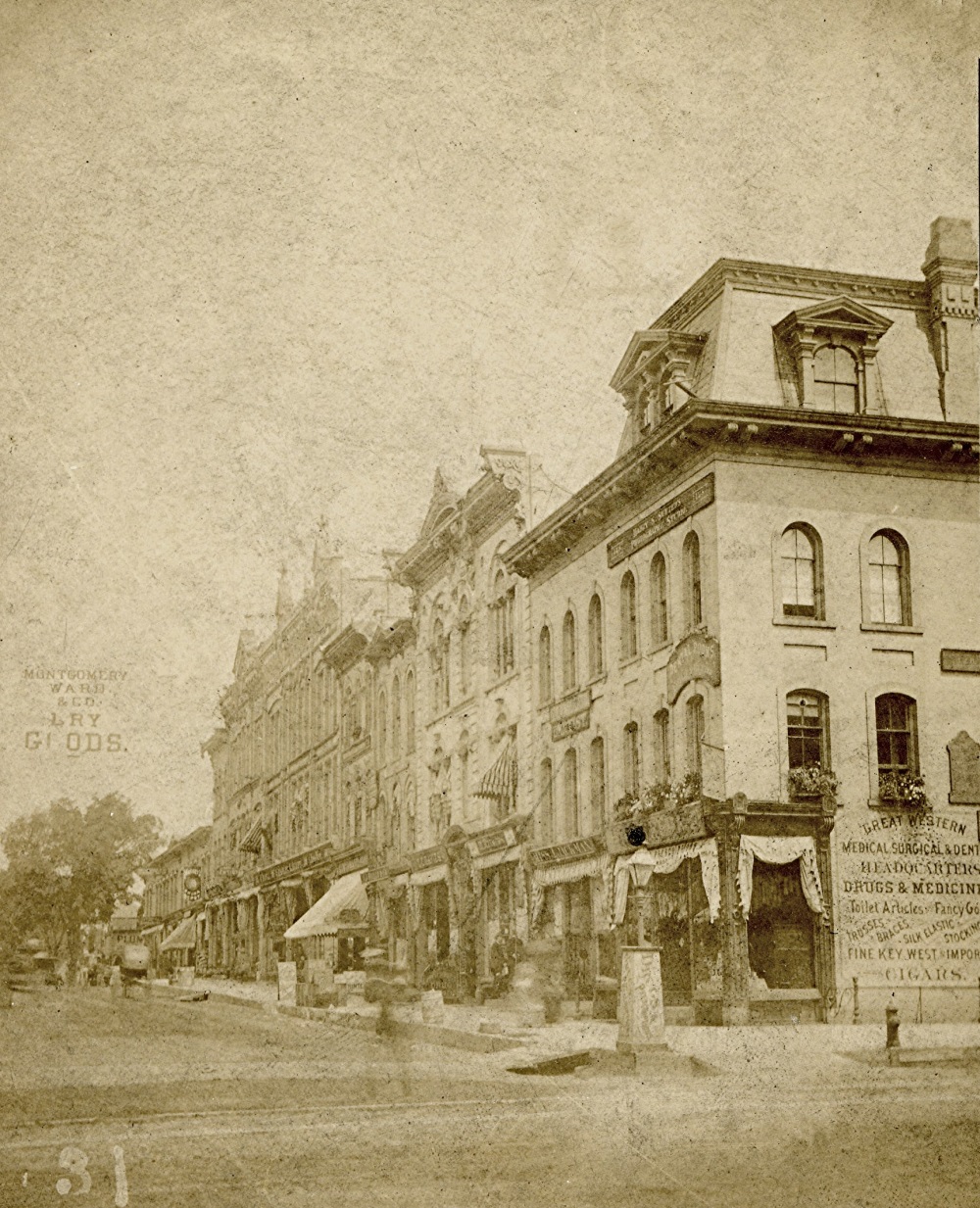 This photograph was taken a few years after the view displayed last week. The three buildings, on the foreground facing Milwaukee St., are the same although the one farthest to the left has added a mansard level. In later years an additional level would be added to give the building the height it still has today. The Clifford & Gibson photographic gallery is no longer here. The last city directory listing for Gibson is in 1870. The tallest building to the left was completed in 1877 and is also standing today. The lower structures further left are on the site of the John Mariner Building which was completed in 1937. Today it is the site of the Hotel Metro.

Note the banner hanging over the street towards the left. It is an ad for Montgomery Wards, the famous Chicago catalogue merchant whose business would grow by leaps and bounds back then. Not coincidentally, T.A. Chapman’s dry goods emporium (on the site of what is now the 411 Building) was in view of this banner.

For much of the 1970s and ’80s this block looked a bit forlorn with many vacant buildings, a far cry from the vibrant historic setting of 1880 (or the current revival, which has turned the street into a row of restaurants). The photographer of this stereoview was by George Collins of Chicago. This is part of a local series that is remarkably scarce. Collins also photographed views for J.C. Iverson in the latter 1880s. Iverson had previously sold views of Milwaukee by H.H. Bennett and William Vollert.

One thought on “Yesterday’s Milwaukee: Wisconsin St. and Milwaukee St., 1880”