These three buildings had just been constructed and still stand today -- some of the oldest downtown buildings. 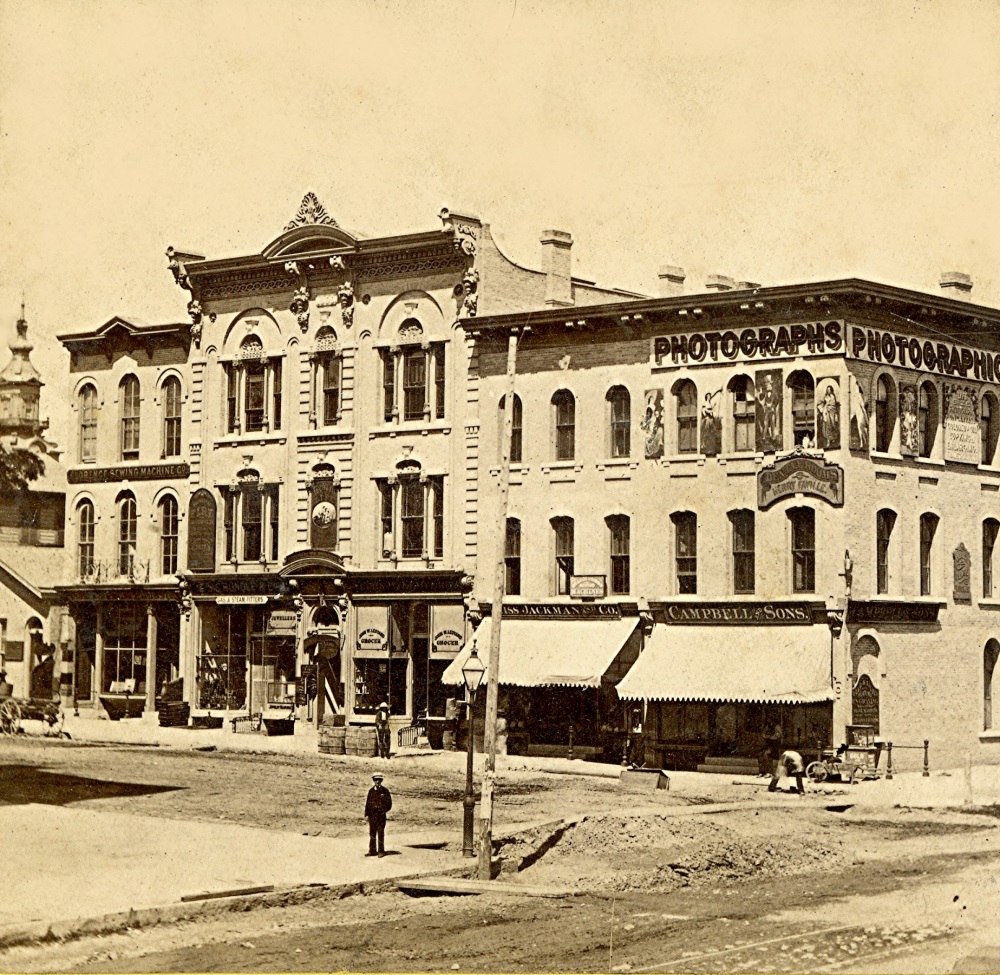 Last week featured a photograph of Wisconsin St. (now Avenue) at the intersection of Milwaukee St. in 1862. Move about five years forward for this stereoview photo. This is the northeast corner, with  Wisconsin St. in the foreground. In the last photograph this parcel was a vacant lot. Now it is occupied by new buildings. This view dates from about 1867-68. These three buildings all are still standing today, rather amazing considering how few buildings of this period still survive downtown. The tallest building, just to the left, has a keystone dated 1866.

There are a variety of merchants in this view, a grocer, and a jeweler among them. The most conspicuous sign is the one that says –”Photographs.” This is the studio of Clifford and Gibson. Notice the life-sized portraits just below the sign. Another sign just the photographs hawks the “Dental Rooms” of Henry Faville. Faville would be very instrumental in founding the Wisconsin State Dental Society which would be incorporated and chartered in February of 1871.

While these buildings still survive today there have been many changes. The storefronts are all different and the building at the right would add two more floors, with a mansard, a few years later. Next week will feature a view showing this remodeling.