The Massive Cost of Automobiles

Counting the cost of car crashes, the total bill for auto transit is about $1 trillion a year.

By Dave Schlabowske, Bike Federation of Wisconsin - Jun 6th, 2014 01:14 pm
Get a daily rundown of the top stories on Urban Milwaukee 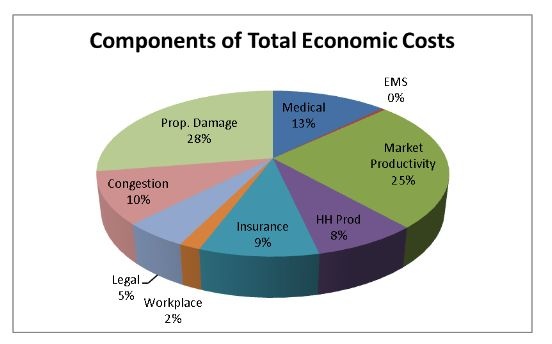 This is the breakdown for how we pay the not so hidden costs of car crashes.

According to a recent study by the National Highway Safety Administration, in 2010, car crashes cost our country $871 billion, or about $900 for every man, woman and child. Of course, none of our children pay taxes or insurance premiums, so the real cost to folks like you and me, is much higher, whether you drive a car or not. Remember that figure the next time someone tells you people who ride bicycles or take transit don’t pay their fair share.

It is difficult to appreciate how much money $871 billion is. To put it in perspective, according to the Us Dept. of Transportation and the Congressional Budget Office, that same year, federal, state and local governments combined spent somewhere between $100 and $160 billion, and that included $12 billion in American Recovery and Reinvestment Act dollars. Other taxpayer watchdog groups claim a combined total of just over $300 billion for highways, bridges and local roads. 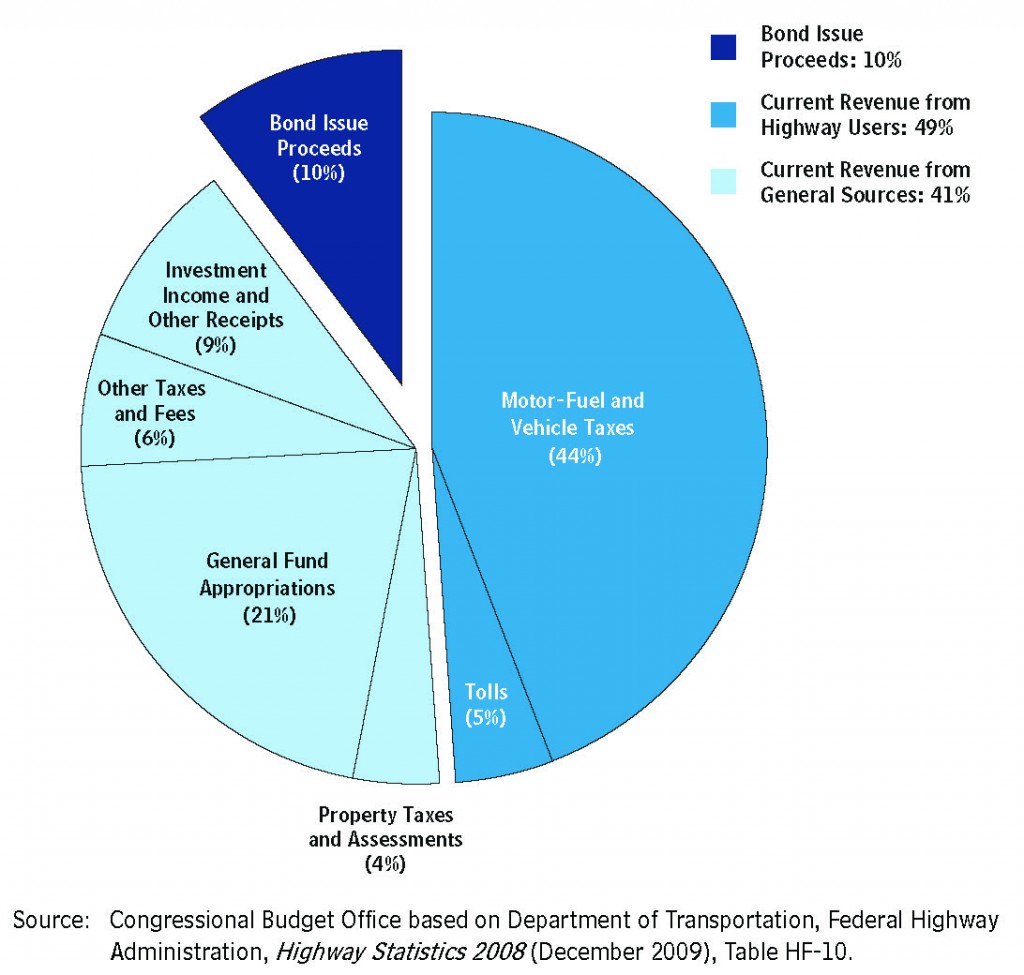 Everyone agrees that gas taxes and other user fees contribute less than half of what the feds spend in the Highway Trust Fund. The rest is made up from other sources, such as general fund appropriations, bonds, tolls and property taxes. And even after taxpayers bailed out it out with another $10 billion transfer earlier this year, the Highway Trust Fund is projected to begin running a deficit this summer, sometime in August. Given the gridlock in Washington, D.C. and the current political dislike of increased taxes, I suspect our elected leaders will kick the can down the road with another short-term injection of funds from the general fund rather than solve our transportation funding crisis. 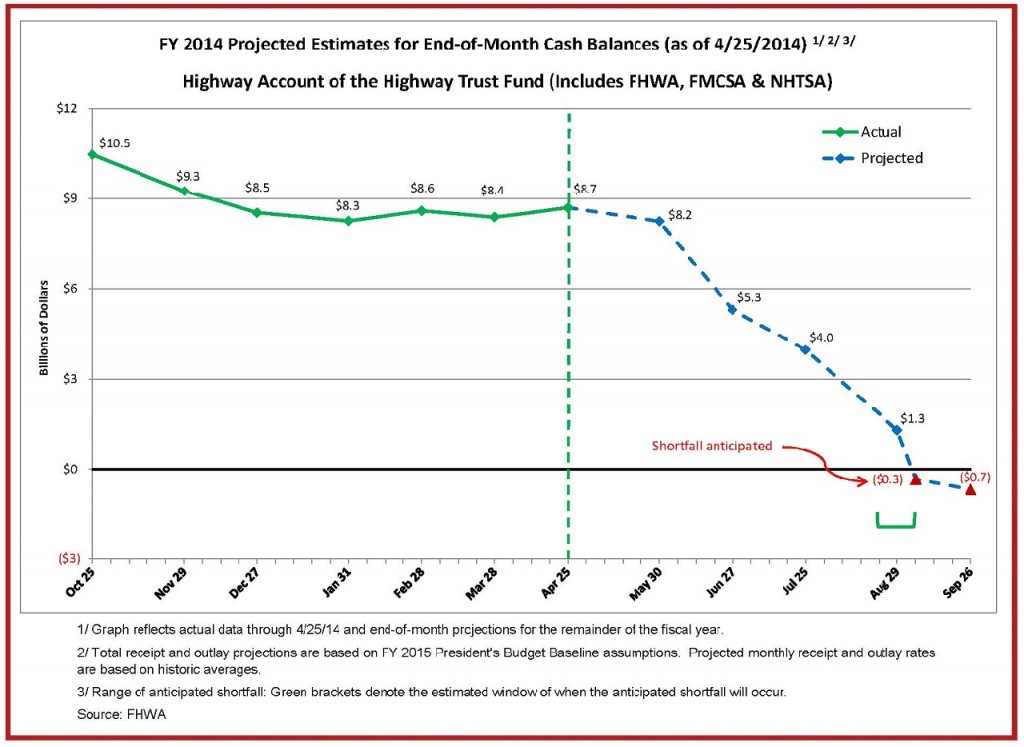 This is the projection for when the federal highway trust fund will begin running a deficit.

Lets put this in round numbers. Including crashes, we spend somewhere north of a trillion dollars a year so people can drive, but we only collect about $50 billion a year in fuel taxes and other user fees. Let’s say transit gets $10 billion (rounding up), and bicycling and walking only get about $650 million. That amounts to less than 2% of the Federal Highway Administration budget, and only .065%, literally a drop in the ocean if you include the cost of crashes.

If the fiscal conservatives in Washington actually wanted to save taxpayers money, wouldn’t they fund bicycling, walking and transit? When you factor in the health benefits, bicycling and walking have a net positive economic impact. To quantify it, the Danes figure one mile on a bike generates a $.42 economic gain to society, while one mile driving is a $.20 loss. Transit might still be more expensive per passenger mile than driving a car when you compare infrastructure costs, but it is way cheaper if you factor in the cost of crashes.

But hey, this is still America, right? Despite the fact that people are driving less, if most Americans still prefer to jump in a car by themselves to go anywhere, even trips of a mile or less, that is their right, isn’t it? Who cares how much it costs? If we just stopped subsidizing transit and made those self-righteous bicyclists pay their way, our transportation funding problems would go away, right?