If Plato Dreamed of Steak

Butch’s serves some of the best steak in town, but also offers other secret delights. 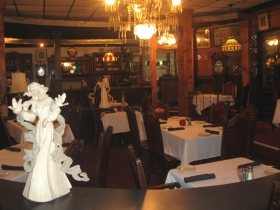 Butch’s Old Casino Steak House is certainly familiar to Milwaukee steak house aficionados, but I’ve always thought it has a character that transcends the genre. It’s the last surviving descendent of the original Casino steak house, which was located somewhere around Fifth and Michigan and which also spawned Sally’s and the Clock steak houses, as well as (I’m told) the legendary Frenchy’s. Butch’s was housed in a variety of locations downtown before settling about 20 years ago into a windowless concrete bunker at the corner of Michigan and Seventh (now James Lovell St.). Butch also runs a second steakhouse in Stone Bank in Waukesha County and has a bar, the Big Mouth Frog, in Oak Creek.

Walking into the downtown restaurant is like walking into someone’s imagination—namely, Butch Schettle’s, who I used to love watching cookin’ and cussin’ as he manned the ovens, but who now spends most of his time supervising the other establishments in his empire. This place is like nothing you’ve ever seen—a circular sunken dining room with beams and columns and a ring of tables on a small upper level, filled with chandeliers, lamps and other lighting fixtures, clocks, slot machines, eclectic paintings and miscellaneous bric-a-brac, furnished with tables with white table cloths and tall leather backed chairs with brass studs. It’s less a classic steak house than a Platonic dream of a Wisconsin supper club, all the way down to the complimentary relish tray (though there’s no Saturday prime rib).

Butch’s is of course known for its steaks, and they’re certainly some of the best in the city. I long ago realized that trying to determine a city’s “best” steak house is a waste of time, since once the meat reaches a certain level of quality there’s liable to be as much variation between the steaks in a given restaurant as there is in the steaks between restaurants. (Well, almost. When I was in Paris in February I had a steak that had been aged for 70 days and cost $65.) That said, the steaks here are first-rate: excellent meat, at least some of it dry-aged. The staff seems proudest of the steer filet, but I always find this cut bland and much prefer the strip, either the twelve ounce or, if I can get someone to split it with me, the twenty ounce cut. 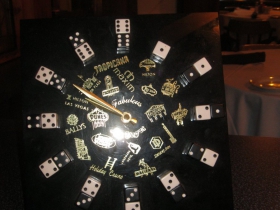 Up for a game of dice? Photo by Rose Balistreri.

My reason for revisiting this much-reviewed restaurant, though, isn’t the well-known steaks but some of the other things on the menu. I’ve mentioned the relish tray, and there’s a perfunctory salad, which appears about 30 seconds after you order it. But consider for an appetizer the giant Guayma shrimp, a Central American variety. They’re available as an entrée for $32.95, but you can also order them individually at $7.50 a pop. About the size and taste of small lobster tails, they’re amazingly succulent and served with drawn butter. And among the entrees, if you’re not having steak, consider the Chicken Casino ($21.95), one of my favorite dishes in town (though the last time I looked it wasn’t on the menu at the Stone Bank branch). It’s half a chicken on the bone cut into small pieces, lightly floured and cooked in butter with mushrooms, and is the closest thing I know of to a classic French chicken sautéed with mushrooms, a dish almost impossible to find in restaurants anymore. Also worth mentioning are the cottage fries that come with the entrees. They’re thinly cut and crisp, and you can think of them as Lyonnaise potatoes if you like, but given that they come with a sour cream and onion dip, they might better be thought of as homemade potato chips.

The service can be variable but lately has been consistently friendly, helpful and attentive. The cocktails are generous and well made and the wine list is reasonable and well chosen. And all this in an atmosphere that I find induces an intense sense of well-being. I’ve been coming to Butch’s regularly for over 20 years and have never left feeling less than happy. 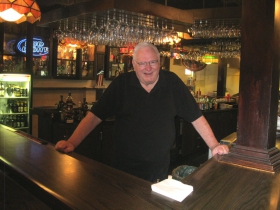 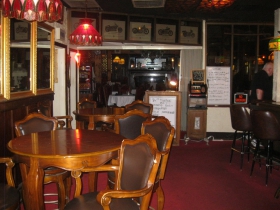 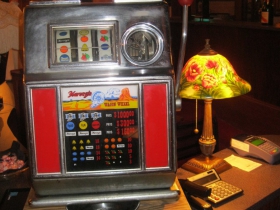 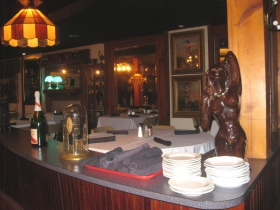 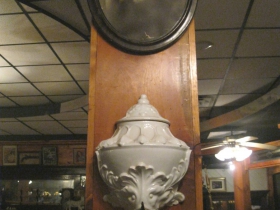