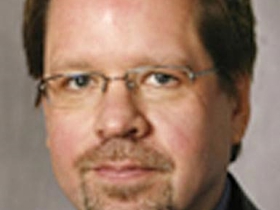 As the reporter who broke most of the stories regarding the John Doe probes of Scott Walker, Milwaukee Journal Sentinel columnist Dan Bice has played a central role in what the public has learned about the investigations and how we view them. Conservative George Mitchell did an op ed for Urban Milwaukee calling Bice’s coverage of the John Doe a “prolonged and reprehensible example of bad journalism,” while liberal blogger Dominique Paul Noth has suggested Bice’s reporting is one of the few reasons left to call the Journal Sentinel a “legitimate” newspaper. I think both conclusions are dead wrong, from wildly different perspectives, but both observers do agree on the importance of Bice’s reporting.

Bice looms large in the federal suit by conservative Eric O’Keefe and the Wisconsin Club for Growth against Milwaukee County District Attorney John Chisholm, four other investigators and the judge overseeing the the John Doe probe. You have to read it carefully to see this because Bice’s name is never mentioned. But Bice’s reporting may be the key to understanding whether the suit is correct in claiming Chisholm and company “decided to use a John Doe proceeding to investigate the Milwaukee County Executive’s Office as a means of influencing the 2010 election in which Scott Walker was a candidate for Governor.”

The suit notes that Walker’s staff was concerned about money missing from a veteran’s fund called Operation Freedom, which had been founded by Walker, and asked the District Attorney to investigate. “Attorneys within the (DA‘s) Office determined that, by opening an investigation into the missing Operation Freedom funds, they could… possibly expand an investigation into Walker’s employees more generally to identify possible violations of law that could be linked directly to Scott Walker.”

The suit says the first John Doe probe started on May 5, 2010, and within nine days of its launching, “the John Doe judge signed a search warrant allowing investigators to search the Milwaukee County computer” of Walker aide Darlene Wink though “Wink’s personal email accounts bore no relation to the purpose of tracing funds from the County to” the veterans fund.

“The same day as the search,” the brief goes on, “Milwaukee County Supervisor John F. Weishan, Jr., sent a criminal complaint to Defendant Chisholm” which “alleged that Darlene Wink was ‘illegally using state resources for political purposes’ by posting articles favorable to Scott Walker.” The implication is that prosecutors went through Wink’s computer, got some dirt they leaked to Weishan, a liberal supervisor and Walker antagonist, and then Weishan demanded the investigation of Wink.

Piggy backing on the information they got from Wink’s emails, the prosecutors then used this information to go after additional staff of the county executive, the suit claims.

The suit, however ignores the reporting by Bice on Darlene Wink. His story on Friday, May 14, 2010, revealed that Wink had posted “about 70 comments on Journal Sentinel blogs and stories since October – most of them praising her boss, touting his gubernatorial bid or ripping his two opponents.” Bice reported that he had interviewed her about this on Thursday May 13, and she resigned from Walker’s administration that same day. His story went online at 8 p.m. on May 13, he notes.

In short, it would appear that Chisholm’s staff reacted as soon as Bice did his story and asked the John Doe judge for a search warrant. They would have wanted to act quickly, as Wink had resigned and might be expected to destroy any emails on the personal laptop she used while working at the county. Weishan, too, requested the investigation of Wink after Bice’s story appeared.

It is an article of faith among O’Keefe and many conservatives that Chisholm abused his prosecutorial discretion to veer from the investigation of the veteran’s fund to a probe of Walker’s staff. This theory is behind the 20 or so stories the conservative Wisconsin reporter has done assailing the John Doe probe and relentlessly defending O’Keefe, who helped launch the newspaper’s founding organization, the Franklin Center for Government & Public Integrity; O’Keefe also created the Sam Adams Alliance, which provided most of the funding for the non-profit newspaper.  (The list of the conservative groups O’Keefe is involved with is long indeed.)

But the legal brief asserting there was a runaway investigation of the veterans fund is full of holes. It ignores Bice’s reporting. It complains that an investigator interviewed Tom Nardelli, Chief of Staff to Milwaukee County Executive Scott Walker, regarding the missing (veterans) funds” in April 2009 and yet the John Doe wasn’t launched until a year later. But it appears quite likely the Doe, while it included the investigation of the veterans fund, was launched after a complaint was received regarding an illegal campaign donation to Walker from railroad executive William Gardner. The complaint was received in April 2010 and the Doe probe began on May 5th. Eight days later came the story about Wink and the DA’s investigators were now operating on three fronts.

Is it possible that the DA’s office was actually Bice’s tipster for his story on Wink? (He tells readers he confronted Wink “after receiving a tip,” but doesn’t name the tipster.) There are two problems with that theory. First, Bice says his source wasn’t anyone connected with the DA. “I know who tipped me off,” he says. “That individual contacted me even before the first John Doe was initiated. I know of no connection between my source and the DA’s office.”

The other problem with this theory is that according to the suit, Chisholm’s investigators didn’t get a search warrant to look at Wink’s computer until after Bice’s story ran.

The notion that Chisholm’s office was strategically leaking information to Bice in order to hurt Walker politically is made in the legal suit and has been endlessly proclaimed by conservative radio host Charlie Sykes and other, more official members of the Republican Party. But when I asked Bice, he said this: “I was not given a tip by anyone in the Milwaukee County district attorney’s office for that story (on Darlene Wink) or for any subsequent development in the John Doe probes.”

The suit by O’Keefe also contends that Chisholm operated as a rank partisan targeting only Republicans, but as I’ve previously reported, he has actually prosecuted Democrats, and quite aggressively, as admitted by Sykes.

All that said, there is much that is still murky about the John Doe probe. The suit by O’Keefe makes other allegations that are impossible to evaluate because his lawyer leaves the dates out in many of his accusations while at other times including dates. And much of the legal brief is redacted to preserve whatever secrecy is left regarding the details of the probe. But the suit’s deliberate omission of Bice’s reporting in the probe strongly suggests it presents a problem for O’Keefe and his lawyer, one that might unravel their entire argument against Chisholm.