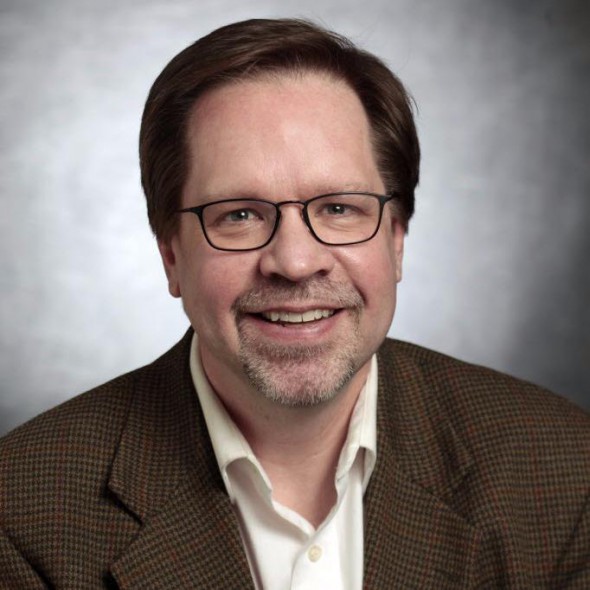 In Wisconsin journalism, name someone who occupies center stage more than the Milwaukee Journal Sentinel’s Dan Bice.  It’s really not even a close call.

Designated as the paper’s “political watchdog columnist,” Bice is almost certainly the paper’s most recognized byline. His status is unique. Bice’s editors allow him the kind of latitude in his writing style that is not afforded to others in the newsroom. As Bice correctly explains, he’s a columnist, not a reporter, though his columns often include in-depth reporting.

Full disclosure requires that I list myself as among the many individuals who have sought over the years to interest Bice in a story.  His list of sources is so large because no print journalist in Wisconsin has a greater impact.

Bice has broken a long list of important stories and his columns are often filled with insider information that politicos love. But his coverage of the “secret” John Doe investigation involving Scott Walker is another matter. I challenge anyone to cite a more prolonged and reprehensible example of bad journalism in Wisconsin politics.  The key perpetrators were Bice and George Stanley, the paper’s award-winning managing editor.  Other prominent newsroom figures — Dave Umhoefer, Steve Schultze, Jason Stein, and Patrick Marley, played lesser roles.

The paper’s coverage of the nearly three-year investigation is a case study in the disregard of journalistic standards and ethics.   Yet neither Bice nor Stanley face any accountability. The paper’s top leadership simply lacks the spine to act on, much less acknowledge, their journalistic malfeasance.

First on the list is a lengthy September 2011 article by Bice and three other reporters.  Under the headline, “FBI seizes items at home of former top aide to Gov. Walker,” the paper reports that “a dozen law enforcement officers, including FBI agents, raided the home of a former top aide [Archer] to Gov. Scott Walker on Wednesday as part of a growing John Doe investigation.”

Sounds really ominous.  “FBI agents.”  A “raid.”  Where there’s smoke there must be fire, right?

But now move forward to March 2, 2013, when Bice and Umhoefer report, “Just like that, the lengthy John Doe investigation into Gov. Scott Walker’s aides and associates is over.”  In this article — shorter than the 2011 “raid” story — Cindy Archer’s name is not even mentioned.   That’s because (1) she did nothing wrong and (2) it would be inconvenient for the paper to remind readers of the 2011 article.

Yet the 2011 article — and the millions of Google hits — aptly reflects the tenor of the paper’s John Doe coverage.  It portrayed a picture of Scott Walker under a darkening cloud.  The coverage became the last refuge for Milwaukee Mayor Tom Barrett in his failed attempt to recall Walker in June 2012.  (Barrett, himself a lawyer, abandoned legal ethics with repeated calls for Walker to “come clean.”)

Bice, with Stanley’s support and active supervision, drove the paper’s coverage.  His writing — often more commentary than reporting — reflected the extra latitude that Stanley affords him compared to others in the newsroom.    In assigning Bice — a columnist, not a reporter — Stanley decided to let a columnist cover a major ongoing news story.  This decision was especially notable in that Bice is the paper’s “political watchdog.”  His byline conveys the notion that something is amiss.

Cindy Archer and Scott Walker were hardly the only undeserving victims of the John Doe and the Journal Sentinel’s coverage.

Not long after the four-byline story on the “FBI raid” at Archer’s house, the paper reported that “another major shoe has dropped” in the “secret” John Doe.  This involved the arrest and overnight jailing of commercial real estate broker Andrew Jensen.  A December 14, 2011 story by Bice and Marley reported, complete with a mug shot of Jensen, that he had been arrested for “refusing to cooperate with the secret investigation.”

Then, on January 25, 2012, Umhoefer and Schultze reported, “The corruption investigation into Gov. Scott Walker’s time as Milwaukee County executive is focusing on the bid competition to house the county’s Department on Aging… Investigators are looking for signs of bid-rigging or other misconduct as representatives of the privately owned Reuss Federal Plaza vied unsuccessfully in 2010 to keep the department offices…In December, the real estate broker for Boerke Co. who spearheaded the Reuss effort in 2005 and 2010 was arrested and jailed overnight on allegations of failing to cooperate with the ongoing John Doe investigation. The broker, Andrew P. Jensen Jr., [now] faces an order to talk to prosecutors…”

Three months later, under a headline, “Real estate broker cleared in John Doe probe,” Bice wrote that Jensen had received “a letter of exoneration.”  Bice could not resist adding, “Even though Jensen has been cleared, it is not likely that he will disappear from the investigation.  Authorities have been looking for signs of bid-rigging or other misconduct…” Bice then repeated a previously reported reference to “John Hiller, one of Walker’s highest-ranking campaign aides, [who] worked on” the real estate transaction under investigation.

Move forward, again, to the March 2 article on the end of the John Doe.  Any mention of Jensen or Hiller?  Of course not.  That’s because the big dust-up about “bid-rigging and other misconduct” had come to nothing.  Why remind readers of that?

Bice had proudly (and correctly) claimed that the paper “has broken every story” about what should have been a secret legal investigation by District Attorney John Chisholm’s staff.  But as I wrote last year for the Wisconsin Club for Growth, “Why the paper is proud is a mystery…[I]ts reporting relies on people who likely have broken the law. Given the stakes, including the possible impact on the gubernatorial recall election, the paper’s actions are the antithesis of journalistic responsibility.”

I further observed, “For nearly two years, unnamed sources have selectively leaked information to the Journal Sentinel. Resulting stories cast many individuals in a negative light. Often those people are legally prohibited from comment. And those free to respond would be fools to enter a “he said, they said” battle with unnamed sources — a battle moderated by Dan Bice.”

The Journal Sentinel, through Bice, disputed that it used information provided unlawfully. But how could that be, considering that the proceedings were by law secret and that key participants cannot comment publicly? The apparent answer is that the paper used intermediaries not bound by the secrecy order. The paper’s sources, of course, got their information from people who were bound by the secrecy order – people who broke the law. By doing so, and by publishing the results, they and the paper undermine the very foundation of the investigation.

In an e-mail exchange last year, Bice lamely said he wasn’t “aware” that any of his sources were breaking the law, adding, “Yet even if someone did, wouldn’t that be their concern, not mine?” His flippant approach turns a blind eye to motives of the leakers and the negative impact of reporting selectively leaked information. Rather than pursue the source of widespread, illegal leaks, Bice and the paper were joined at the hip to that unauthorized activity.

The Journal Sentinel’s stunning malfeasance should not diminish a broader issue, namely, that state law even allowed the out-of-control John Doe to occur.  The chaotic process, overseen by District Attorney John Chisholm and presiding Judge Neal Nettesheim, should prompt a legislative review of the statutory authority that was so clearly abused in this matter.  A supposed premise for secret John Doe proceedings involves the need to protect individuals from selective, incriminating leaks and innuendo.  While many of those vulnerable to leaks have done nothing wrong, they lawfully are prevented from responding in public.  The result, when the likes of Bice and Stanley are involved, mocks what supposedly is an independent, impartial judicial proceeding.

Just before the John Doe officially ended, Bice expressed a giddy, almost juvenile enthusiasm for how the John Doe (and his coverage) had evolved.  In an online Q and A he responded thusly to a question about the John Doe:

“A couple of months ago, I likened the JD to the guy who doesn’t know when to leave a party. I have a better analogy now. Early on, the John Doe was like a hip, new restaurant that everybody was talking about. Remember all the chatter during recall race? People were being charged. Computers were being seized. Warrants were being seized. And many people were being given immunity. It was the place to see and be seen.”

This, then, was Bice’s take on the fact that for nearly three years unnamed sources selectively leaked information that unfairly cast many individuals in a negative light.  But for Bice is was the “hip” thing.

In the days following the March 2 shutdown of the John Doe, in a world of honorable journalism, resignation letters from Stanley and Bice would have landed on Marty Kaiser’s desk.  Absent that, Kaiser should have delivered termination letters.

Of course, neither occurred.

11 thoughts on “Op-Ed: Why Dan Bice Should Resign”