Built where the new Marriott Hotel now stands, it was the city's most prestigious opera house. 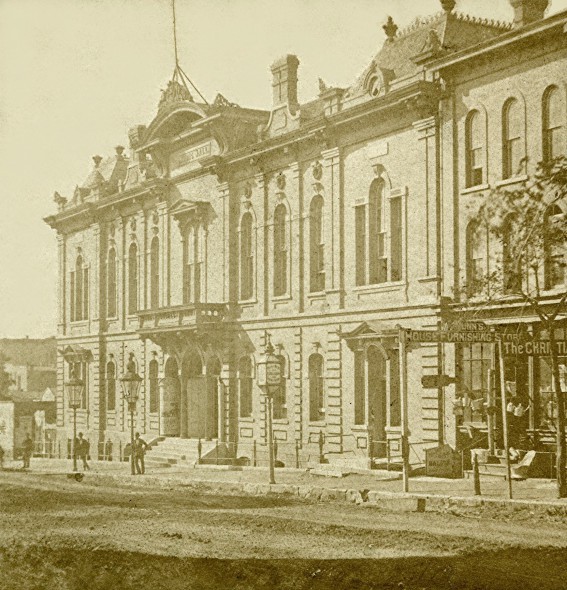 The origins of the Academy of Music began in 1860. It would be built at the site of the old Young’s Hall, or “Young’s Block,” which had been destroyed by fire.

At the time, the Milwaukee Musical Society, performed at a competing place, named Albany Hall, but that, too, would be destroyed by a fire, in March of 1862. As this was the only proper venue for operatic music the society members raised money for a new building that was completed in 1865. It would soon adopt the name “Academy of Music” as it clearly outclassed the older location. Its stage was 36 feet deep, it seated 1,400 people, had two private boxes and was sumptuously furnished. It would become the first theater in town to install electric lighting, in 1882. The location, illustrated in this photo, was on the west side of Milwaukee St., between what is now E. Wisconsin Ave. and E. Michigan St. (West of the river, Wisconsin Ave. was then known as Spring St. and would later become Grand Ave. before being changed to its current name.)

The building survived until very recently when it was torn down to make way for the new Marriott hotel. However, next to nothing remained of the original exterior or interior, as it had been insensitively remodeled many times in the past.

This photograph approximately dates from the late 1860s, a few years after the new Academy of Music was completed. Do note the lovely gas street lights near the entrance. 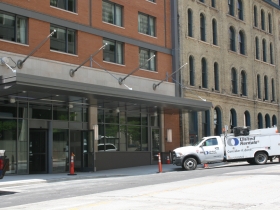 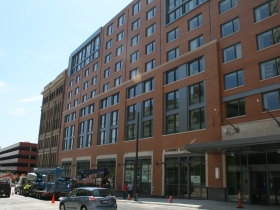 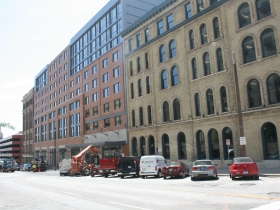 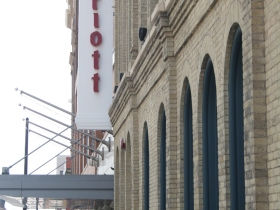 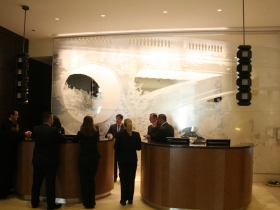 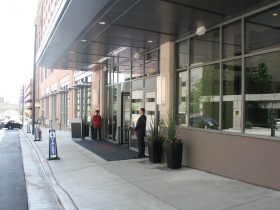