The 200-room Marriott Hotel is starting to rise from the hole in the ground where three historic buildings once stood along Milwaukee St. in downtown Milwaukee. The controversial project faced opposition, including from myself, as originally proposed, because five historic buildings within the East Side Commercial District were to be demolished with no guarantee that anything would be built in place of the buildings. But after these fears were alleviated, and what was in fact a short, though tense, public process the hotel is now under construction. Although three historic buildings were lost to the wrecking ball, key buildings fronting Wisconsin Ave. are now being restored and integrated as part of the project. 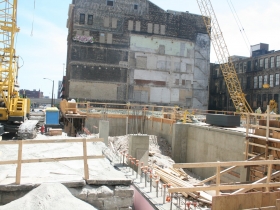 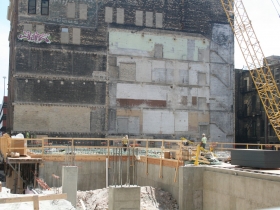 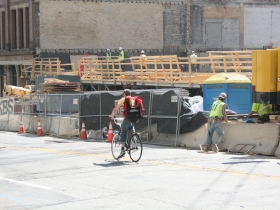 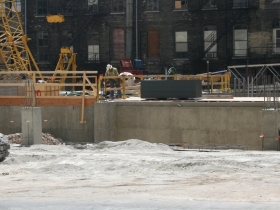 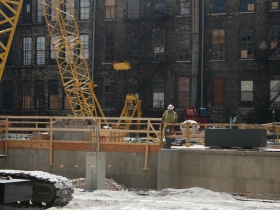 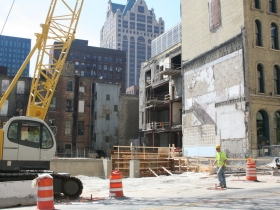