It’s rare for governors’ State of the State speeches to have theme songs. But Republican Gov. Scott Walker’s fourth annual update Wednesday will stop just short of asking legislators, Supreme Court justices and other state officials to sing along. 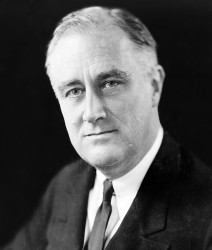 Copyrighted in 1929, the song has been featured in dozens of movies and emerged as an unofficial anthem for – ironically – Democratic candidates since campaign advisers to President Franklin D. Roosevelt played it at the party’s 1932 national convention.

The skies above are clear again

Why will Walker enter the Assembly chamber shortly after 7 p.m. Wednesday whistling that tune? Because, nine months before Nov. 4, when he hopes to win a second term as governor, Walker will be able to propose a new round of income and property tax cuts. And, Republicans who control the Legislature could quickly adopt the governor’s recommendations and go home and brag to voters.

Let us sing a song of cheer again

Last week, the Legislative Fiscal Bureau reported that the general-fund tax surplus will be $912 million higher by mid-2015. Between now and March, Walker and Republicans who control the Legislature will have to decide whether to use all that $912 million, or most of it, in the next round of tax cuts and exactly how much to return to taxpayers.

If you’re wondering how much $912 million is, here’s a comparison: Raising the 5 percent state sales tax to 6 percent would bring in an additional $880 million each year. It’s a lot.

The upbeat tone of Walker’s 2014 speech will be the opposite of his first State of State speech on Feb. 1, 2011: “We have an economic and fiscal crisis in this state that demands our immediate attention. The solutions we offer must be designed to address both job creation and our budget problems….We will show that we will make the tough decisions now to lay the foundation for future economic growth.”

Wednesday, the governor will say the “tough” choices of the last three years cleared the way for the election-year budget surplus.

When Walker outlines his new tax cuts Wednesday, Republican leaders like Speaker Robin Vos will lead the cheering. “Republicans believe the money should be spent by families back home,” Vos said last week.

Senate Majority Leader Scott Fitzgerald is also likely to applaud, since he recently said in a WisconsinEye interview that Walker’s trial-balloon goal of abolishing the $7.49-billion personal income tax was “not realistic.” The property tax is much more unpopular than the income tax, Fitzgerald added.

There’s no one who can doubt it now

Budget purists – like Todd Berry, president of the Wisconsin Taxpayers Alliance – suggest other uses of the surplus. “One good-government alternative for using new-found cash is to ‘buy back’ or ‘undo’ some of these past accounting tricks,” Berry said. “Paying for some state spending items in the current fiscal year, rather than delaying payment until the following year, would reverse poor budgetary decisions of past years.”

But Berry, bloodied by decades of budget wars, knows his idea is a non-starter — especially in an election year.

So is the suggestion of Andrea Kaminiski of the League of Women Voters: “It is smarter to use these funds is to pay down the debt the state has incurred over the years by repeatedly borrowing money to balance the budget…. Tax cuts have not proven to be effective at boosting a sagging economy.”

So let us tell the world about it now

Walker will use the $912-million budget surplus to try and deflect the Democrats’ chief criticism: He will fall far, far short of his promise to create 250,000 new private-sector jobs by 2015.

Assembly Democratic Leader Peter Barca, for example, had another message for the world on the day the higher surplus was announced: “The current Republican approach has dropped Wisconsin from 11th to 37th in job creation…. The governor has indicated he wants to spend much of the projected surplus on tax breaks. If this is anything like the Republicans’ past tax plans, it will primarily benefit the wealthy and not have an impact on most Wisconsin families.”

Are they? In Wisconsin politics, nine months is an eternity.

7 thoughts on “The State of Politics: Happy Days Are Here Again”