It may be his second home, but it boasts three cozy fireplaces and a wet bar for entertaining. 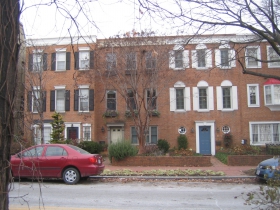 Washington, D.C. — On February 2nd, 2011, while the oath of office was still fresh on his lips, Senator Ron Johnson bought a million dollar home on Capitol Hill just blocks from his Washington office. Many a senator buys a condo or apartment for those days when Congress is in session and a place to stay is required. But Wisconsin’s senior senator sought a higher standard of comfort.

Last week, House Confidential took a road trip to the formerly shabby neighborhood to see what a million bucks can buy you nowadays.

The 2430 square foot residence has 3 bedrooms and 3-1/2 baths on its three levels. (No basement, though). It is an attached row house, squeezed between others of similar size and vintage. But it is not as old as it looks. The Johnson home and its immediate neighbors date to 1964, yet blend in seamlessly with structures of much earlier vintage. This is thanks, in part, to the Capitol Hill Restoration Society, created in 1955 to maintain the architectural integrity of the area near the US Capitol, the nation’s largest Victorian residential district, which had fallen on hard times. Thanks, bureaucrats, for meddling with untrammeled free enterprise! We would never have seen such high property values without you.

The home has a fireplace in the living room, another in the master bedroom and still another somewhere else. It has central air conditioning and gas-powered forced air heat. A natural gas water heater supplies the senator’s bathing and clothes washing needs. The senator’s kitchen is modern with granite counters and stainless steel fixtures. It has a wet bar (you never know when another senator might drop by), a dishwasher, a garbage disposal and a microwave. The range and oven are natural gas, and there is an entry-level bedroom to conveniently stow guests away from the main living floor, which like the others, is hardwood. The interior condition of the building is “very good,” and the exterior is “good.” Overall, the condition is rated “very good” by the assessor. 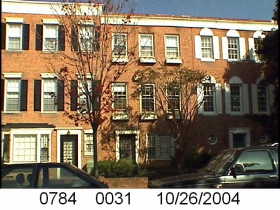 The front garden is surrounded by a low wall separating it from the brick sidewalk, a common District feature. The sunny, small courtyard is traditionally landscaped, but less-than-traditionally maintained. A Crape Myrtle is the central decorative feature. It certainly has grown since 2004! It is now so high that its smooth-barked branches provide support for a squirrel’s nest. Desicated plants droop from the home’s window boxes, and the planters outside the front door have seen better days. A Japanese Maple may soon show some vigor, if not form. Its spent leaves still litter the ground, their bright red colors fading. The highlight of the landscaping without doubt is a full rosemary bush that fragrantly extends onto the public way. Such a plant could never withstand the rigors of a Wisconsin winter. Yet, in the much milder Washington climate, the plant remains green, supple, fragrant and just a few months overdue for a trim. (Rosemary boughs smell simply lovely when tossed on the crackling embers of a bedroom fireplace.)

The senator has a parking space at his disposal at the rear of the property in a dead-end alley shared with his neighbors. An unadorned cinderblock wall some 7 feet high separates this from his private rear-yard garden, a perfect place for a cup of tea, or a party — maybe a Tea Party tea party. A new wooden fence of rather unfinished appearance and a gate to match are recent additions to the rear of the home. Perhaps Johnson consulted his brother Dean Johnson, the host of Hometime on PBS, for these decorative elements. Upon second look, perhaps not.

But Johnson has been busy in the home. In November, 2011 he took out a permit for “Interior demolition of fixtures and non load bearing partitions through out existing 2nd and 3rd floors.” In the same month, Johnson also took out a permit for “total replacement of the exterior windows and second floor north door.” He has also been issued “supplemental” electrical, gas and plumbing permits.

To say that Johnson bought the home is not exactly correct. the senator and his wife rent the home, sending their monthly check to the “Ronald H. Johnson and Jane K. Johnson Irrevocable Endowment Trust, Jane K. Johnson, Trustee.” The trust bought the property for $1,050,000 cash. The main Johnson residence, a lakefront home in the Town of Oshkosh, is also worth about a million bucks, but has a better view, and a much bigger yard. 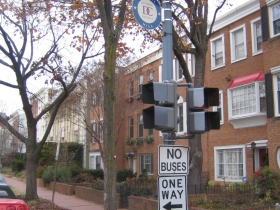 Take your tour bus elsewhere! No buses allowed on Ron Johnson’s quiet side street in Washington. Photo by Michael Horne.

The residence, on Constitution Avenue, is a four minute walk from Johnson’s Hart Senate Office Building suite. From there it is another four minute walk to the United States Capitol. The senator may instead elect to take the Senate Subway from his office to the Capitol, saving even more time. In fact he could be soaking in his tub at home and still make it to the Senate floor in the 15 minutes he has to respond to a quorum call or vote.

The Johnson trust, in addition to the residence, also owns three patents and one application for such things as a “system and method for developing high output power nanosecond range pulses from continuous wave semiconductor laser systems.”

Sen. Ron Johnson held a “Town Hall Meeting” at Milwaukee City Hall on Friday, December  6th, 2013 where he delivered his “State of the Nation” address. Room 301-B of the Great Hall of the People was dominated by a chart outlining what the senator feels is an unsustainable level of federal spending relative to gross domestic product. This is a popular topic for the Heritage Foundation, located just blocks from Johnson’s Washington home.

Although the US government spending is among the lowest in the world, as a percent of GDP, and about the same as it was under President Ronald Reagan, it is a concern to conservatives like Johnson.  However, Johnson parted from his Tea Party colleagues on the matter of the government shutdown this fall. In fact, he is one of 19 co-sponsors of an act to end this policy.

“The 16-day partial shutdown of the federal government in early October created a drag on the Washington area housing market, causing home sales to plummet, purchase contracts to dwindle and the number of properties for sale to wane,” according to the article.

“After seven months of double-digit annual gains, November sales hit the brakes, falling to 3,068. It was the largest drop in more than two years. Sales of homes in the region were down 21.2 percent from the previous month and 13.7 percent from November 2012.” 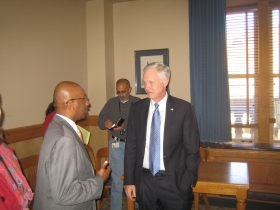 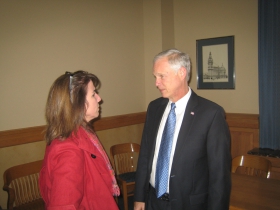 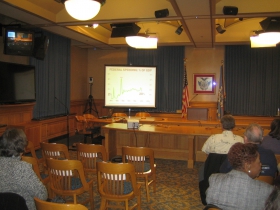 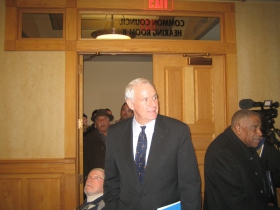 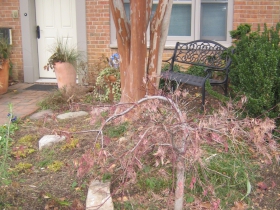 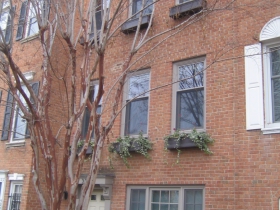 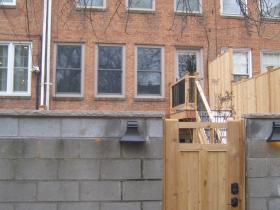 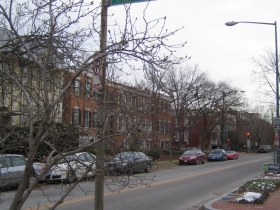