The owner took a gamble and turned the Cathedral Square bar into a haven for whiskey lovers.

Mike Vitucci, whose family has owned Vitucci’s Cocktail Lounge for over 75 years, opened Whiskey Bar in 2009 on something of a hunch.

“I’m a risk taker and took the gamble because I felt that a whiskey bar was missing in Milwaukee,” Vitucci says. 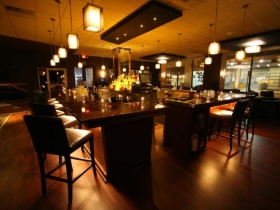 Food is not served. A 4 p.m.-8 p.m. cocktail hour every day gives customers about 40 percent off drinks. The discounted drinks tailor to a wide range of tastes from fruity to Irish Mule to gin. The bottle service prices include Redbull and unlimited soda, juice, and fruit. Lighting is a darkened combination of black and yellow for a lounge appearance.

“I love to jump on the chance to serve whiskeys that most bars don’t offer. Our specialty cocktails are made of fresh ingredients which I make every week. We carry over 100 affordable wines and high end drinks like Dom Perignon and Cristal,” said general manager, Ben Richardson.

Though athletics are downplayed, sports figures like Aaron Rodgers frequently visit the place. Local athletes have hit Whiskey bar after events from the Pfister in the past.

The bar has a marketing and events team to keep guests interested in unique event nights. Management ran Latin Night for a little over a year, which featured Latin music and salsa lessons.

Vitucci has been bartending since he was 17 at Vitucci’s Cocktail Lounge, 1832 E. North Ave., when the drinking age was 18. The family legacy traces back to 1934, when Frank Vitucci opened the bar shortly after prohibition was over. Frank’s grandchildren operate Vitucci’s to this day.

Mike Vitucci had his heart set on remaining in the bar industry after graduating from college. In 2004, he left Vitucci’s and opened Mantra Lounge on North Avenue, later replaced by Decibel DeepBar and Library Club.

Before Whiskey Bar opened, Vitucci says a friend of his owned the building and had planned on opening a boutique hotel, but killed the idea given the poor economy. Vitucci grabbed at the chance to open a bar here. “I love Cathedral Square, and as soon as I visited the building, I knew I wanted to open a bar free of cover charge for the 30 and over crowd,” he says. “

His extensive bartending and owning experience paid off as Whiskey Bar skyrocketed in popularity quickly.

Vitucci originally planned the concept for Whiskey Bar as a warm, cozy lounge for Milwaukee area professionals. The space opened in July 2009 featuring only the front entrance and patio. The warm colored lights, leather couches, and conversational atmosphere drew about 150 to 250 customers in one weekend.

Four months later, Vitucci took the bar to a new level and opened the back room, which serves as the dance floor today.  The rock band, Love Monkeys, played on Halloween 2009 to kick off the expansion.

Vitucci made the choice to eventually use the back room as a dance floor open on weekends. The room is popular for private events during the week like high school reunions, bachelor parties, company parties and weddings.

“Customers found it more consistent to dance on weekends, and that’s why we opened the dance floor,” he explains. “We want people to know what to expect when they come here. Large crowds are the key to our success; we love hosting birthday parties.”

Managers help educate the public on whiskey with tasting sessions during private events such as bachelor parties. “Our staff is very knowledgeable on our whiskey,” says Richardson.

“My goal was to offer finer, rarer whiskey than other bars. The tasting events are a great opportunity for people to sit and learn about whiskey rather than just to get drunk,” Vitucci explained.

Which of his four bars is his favorite? “My bars are like my children; I don’t have one favorite,” Vitucci answers. “I have no regrets about opening Whiskey Bar because it’s popular to this day.” 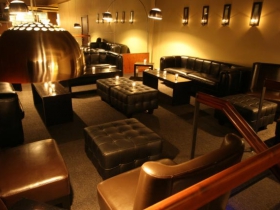 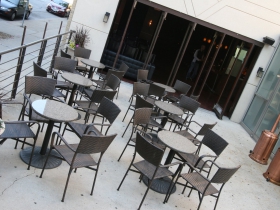 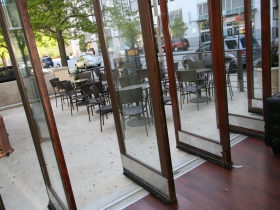