Despite rainy weather, Mayor Barrett and a host of politicians celebrated the new bike trail.

An ominous sky dark with rain clouds was overhead, but there was still a fine turnout of more than 100 people, many of whom arrived by bike, for Saturday’s ribbon-cutting ceremony to open the expanded Kinnickinnic River Trail.

Due to the threatening elements, the ceremony was moved to an area below the I-43 Freeway bridge, which added an ironic element to the speeches: the rumble of cars rolling overhead droned on as we heard salute after salute to the joys of bicycling. Yet somehow the atmosphere remained quite festive.

Polenske said the whole thing wouldn’t have been possible without the support of the Bicycle Federation. Barrett offered a salute to federal congestion mitigation dollars, which helped pay for the trail and allowed the city to leverage “$2 for every $1 dollar we spent,” a deal sure to gladden the hearts of thrifty Milwaukeeans. Zielinski informed us that “a great many of my constituents are avid bicyclists,” but did not disclose whether he is numbered among them (we’re guessing he’s not). Zamarripa announced that she would be holding “walking office hours” along the new trail, thus striking a blow for physical fitness on the South Side. And Schlabowske noted that with such trails as this, “this is not the Milwaukee I grew up in, though I can still go to Leon’s.” Really Dave, is this any time to be discussing custard?

After the speeches, Barrett wielded an oversized, cartoon-like scissors, enlisted the help of an eager young boy to help cut the ribbon and the trail was officially open. By then the rain was coming down in buckets and those bicyclists who’d packed rain gear were rewarded for their planning. 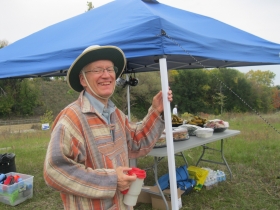 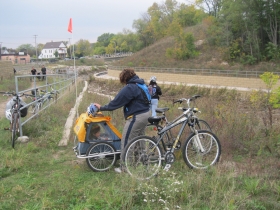 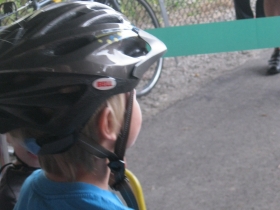 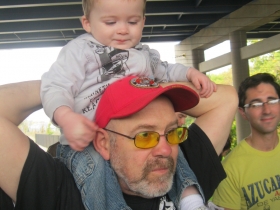 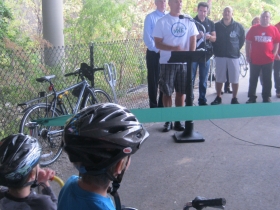 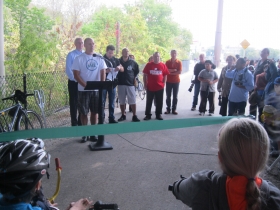