This weekend, Historic Milwaukee sponsors the third annual Doors Open Milwaukee event, a landmark event that allows members of the general public to explore parts of the city they otherwise might never see. To learn more about this year’s event, taking place on Saturday and Sunday, Sept. 21 & 22, TCD writer Gene Cawley met with Amy Grau, the program manager of Doors Open Milwaukee, to discover what new buildings lie in wait.

Gene Cawley: In your opinion, what is the overall goal of Doors Open Milwaukee?

Amy Grau: To have as many buildings as possible, so that all of Milwaukee can be open to the public, so you can walk up and down the street and enter any public building to check out what it’s about. To have every building participate for free as we have to the public, and keep it that way as long possible. The first year we had a hundred buildings, and last year we had 120 buildings, and now this year we have 134, so it’s increasing every year.

Gene: Five years from now, you’ll be in Chicago.

Amy: [laughs] Gosh, I hope not.  I couldn’t personally handle much more than 134. I’m capping it at 150, that’s for sure. We’ve gotten a lot of great new sites this year, in addition to some of the staples of Doors Open that we’ve had in the last two years.

Gene: This being the third year of Doors Open, what were some of the most memorable experiences from past years?


Amy: The first year we had about 10,000 people come to the event. Last year, we had 15,000. So, hopefully, we’re estimating about 20,000 if we go up by 5,000 like we have in previous years. In both years, the most frequented building was the US Bank building, which in one weekend brought in close to 7,000 people. It’s the tallest building downtown. You get to go all of the way to the top of the observation deck. A lot of people tend to choose their itinerary through views. So, we’ve come to realize that a lot of the places with great views of Milwaukee are just as popular as the historical buildings.

Gene: What are some of the new attractions this year?

Amy: This year we have a couple of new ones. The Polaris, that old revolving restaurant, that doesn’t really revolve anymore, but offers a really cool view of the west side of downtown. And the Moderne, which was a part of Doors Open two years prior. Those are going to be two great views of Milwaukee from different angles from what we’ve generally done the two years past. People love the 360º view thing going on.

This is the first year that the Wisconsin Gas Light building has participated in Doors Open. We’re really excited, and are expecting a huge turnout. It’s right across the street from the US Bank building. For Doors Open, you don’t get to go up to the flame. You get to go up to the 17th floor. There are two observation decks there. Personally, I’ve been to the flame, and I don’t want anyone to fall off of the flame, it’s so dangerous. So, what we’re going to do is offer a raffle for you to put your name in and win a tour at a later date. That way, you can sign liabilities, and so on.

Gene: Are there any other particular favorites?

Amy: The St. Josaphat Basilica. Churches are really big for Doors Open. Because a lot of people don’t feel comfortable just entering a church, especially if they’re not of a particular denomination, or their beliefs differ than those of the church. This is a chance to enter about 40 different churches, and you don’t have to feel inclined to do anything other than admire it. So, I wanted to pick one of the most admirable churches, which was St. Josaphat, and if you’ve never been there, you need to check it out. Even if you’re not religious, it’s just cool. It’s composed of two different buildings that were torn down, taken to Milwaukee from Chicago in about 500 rail cars and restructured together to create this basilica.

We’ve created this passport program for kids and families. We picked 24 of the 134 buildings, and we put them in a free passport so all kids and families can pick one of these passports up. And it’s just a guide so people know which ones are family-friendly sites. Because it’s pretty intimidating taking your kids to 134 sites, whereas an adult might appreciate the more historically significant sites.

The Event Guide includes a map. In the key of the map, we’ve broken down all 134 buildings by neighborhood, and that’s how I suggest how people who might be new to Doors Open approach it. Say you’re interested in the Gas Light Building, or you have one building you’re interested in, you can find the neighborhood where it is and work your way around from there according to the neighborhood. For a lot of people who are new to this event, they don’t know where to start. This way, you don’t need to feel that you have to check it out all at once.

Gene: Are there any tours?

Amy: We have 37 tours that are only for Historic Milwaukee members, but there are seven free tours that are open to the public. You can come to City Hall and get your free ticket for the public events on the days of the tours. 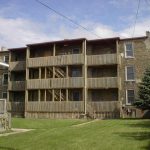