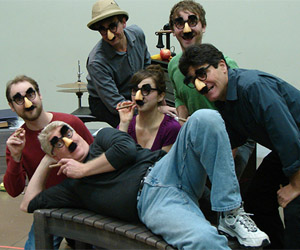 Norman Moses on being Groucho

The Milwaukee actor reprises his recurring role in "Groucho: A Life in Revue," a tribute to the Marx Brother being staged at Next Act Theatre.

Steve Martin's absurdist comedy, "Picasso at the Lapin Agile," imagines a meeting between the title character and Einstein, at the dawn of the 20th century.

TCD spoke with actor/songwriter Barry Anderson, one of the stars of the touring Broadway musical, about the thrill of touring and the longevity of The Four Seasons' music.

The Girls In The Band

The impeccably researched documentary sheds light on a little-known hiccup in the history of jazz: the refusal to accept female musicians.

The nation's top Tupperware salesperson comes with a crazy show, where no one is safe from either the occasional tease or the temptation of her real wares.