His tiny lot and 840 square-foot home make him a true man of the people. And not much of a gardener. 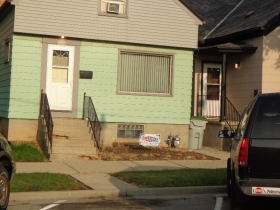 José G. Pérez was elected as Milwaukee’s 12th District alderman in 2012 and is the only rookie on the Common Council. His district includes a substantial portion of Milwaukee’s Latino community, many of whom will celebrate their heritage at Mexican Fiesta this weekend, August 23rd – 25th 2013.

Pérez, 45, is a Milwaukee native of Puerto Rican descent who grew up in the near South Side neighborhood where he still resides and which he now represents.

He and his wife Rosaura Medina-Pérez bought their home in 2007, paying $65,000 for the cozy 840- square-foot, three-bedroom, one-bath cottage built on an 1,100 sq. ft. lot in 1880 near the landmark St. Patrick’s Roman Catholic Church, itself constructed in 1893. They bought the house from the Jesuits.

Upon the purchase by the Perez family, the home was returned to the city’s tax rolls after a 10-year absence. The home went off the rolls in August, 1998, when it was bought by the Wisconsin Province of the Society of Jesus for $28,900.

“The property is reportedly used as residence for church officials and is not rented out,” noted the assessor back then. “It appears to be an invalid sale … not sold on the open market.” The assessor found an “estimated $12,000 in repairs” had been made:  “new roof / furnace / water heater / carpeting, some new windows. Kitchen has numerous recessed lights plus large central false ceiling recessed light.”

So, it looks like Pérez got a house that was in pretty good shape when he moved his family, including two young children, into its tight urban lot. Thanks, Jesuits!

Way back in 1966 the assessor was already impressed with the interior of this very old structure, built when the population of the city was just 115,000. “Owner has remodeled entire interior — very modern interior except for basement.” The “effective age” of the home is 1916, the assessor figured.When built, its location was known as 430 3rd Avenue in Milwaukee’s pre-1930 jumble of street confusion.

The green aluminum siding has held up for over 50 years; there is no air conditioning or fireplace (where would you put one?) but it is heated by a gas-fired, forced-air appliance.

The landscape, what little of it is possible on the squeezed lot, demands an explanation. All of the vegetation between the home and the sidewalk is dead and unidentifiable. The only bright spot in the yard is a sign telling us that a Milwaukee Public Library “Super Reader”resides within, which is worth more than a bower of roses in the long run. But, still…

There are bars on the Pérez windows, along with neighborhood watch signs. But the need for these may hopefully soon pass as this neighborhood continues to see new investment — some of it private. The United Community Center, headed by former Department of City Development director Ricardo Diaz, a Puerto Rican native, is very active in the neighborhood, and just opened the Olga House residential development nearby in conjunction with the Milwaukee Housing Authority. Taqueria El Cabrito offers its excellent family fare three blocks away, and Pérez only has to go around the corner to direct constituents to the many services of Catholic Charities.

The Pérez children can splash in the pool at Walker Square a block away, which also hosts an excellent urban farmers market in season. Pérez is a Facebook friend of the market, and you can be one too.

How Milwaukee is it? City Hall is just 1.99 miles away. 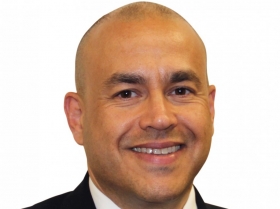 Pérez grew up in the district he now serves, at S. 10th and W. Walker streets, and was the oldest of two children. He told the Journal Sentinel his grandfather came from Puerto Rico in the early 1950s when agents from the Grede Foundry went to the island to recruit labor.

According to his official biography, Perez dropped out of high school and started college at age 26, after early work experience ranged from investigating welfare fraud to developing gang prevention and youth development programs for non-profit organizations. Pérez later enrolled at Cardinal Stritch University and was the first Latino Student Government Association President and the first recipient of the Multi-Cultural Image Award that is now institutionalized at the university. He also served as an intern for Congressman Gerald Kleczka in Washington D.C. through the Hispanic Congressional Caucus Institute (1996), for Milwaukee Mayor John O. Norquist (1997) and for the Milwaukee City Clerk’s office (1998). Pérez obtained a B.A. in political science from Cardinal Stritch in May 1999.

In February 2004, Pérez joined the American Federation of Labor and Congress of Industrialized Organizations as a National Field Representative, and he next joined the City of Milwaukee’s Department of City Development in January 2006. He served DCD as an Economic Development Specialist working on business development, real estate development, planning, permitting and public housing until September 2009. Jose then became a Program Officer for the City of Milwaukee’s Community Development Grants Administration, where he managed the American Recovery and Reinvestment Act (or federal stimulus fund) projects.

He ran for alderman as a champion of small business, and won by just 88 votes. Witkowiak fought for a recount, but Perez’s victory was upheld. -Molly Kessler 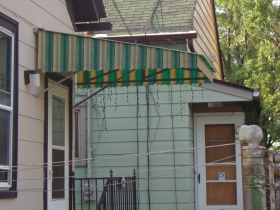 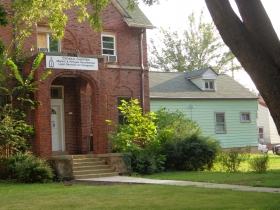 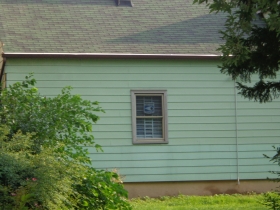