A geographic first: Offering southern-style BBQ from the North Side at a Walker’s Point location.

For decades, if you wanted to get genuine southern-style barbecue, you went to the city’s North Side, to black-owned places like Speed Queen on Walnut Street or Ashley’s Bar-B-Que on Center Street. In recent years, those barriers have begun to break down, and now Ashley’s has a second place that’s recently opened in Walker’s Point at 124 W. National Ave., called Ashley’s Que. 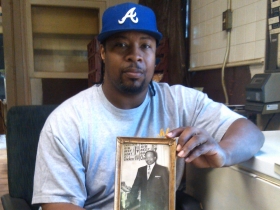 Darnell Ashley holds a photo of his father.

Darnell Ashley, owner and co-partner at the new location, has been making barbecue his whole life and continues to run the business his father started in 1967 at 1501 W. Center St. Originally from Mississippi, Ashley’s father started the business after leaving his job at the A O Smith plant, and from the beginning his restaurant featured southern-style barbecue and soul food.

The new south side restaurant has a similar emphasis and an extensive menu, including ribs, rib tips, pulled pork, beef brisket, chicken, fish, pork chops, lamb and goat. Side items include Mac and Cheese, shepherd’s pie, yams, cheesy grits, fried okra, greens and cornbread. All items are made from scratch at the restaurant with prices kept low intentionally so people in both neighborhoods can afford to eat there. A soul food buffet is served on Sunday at both locations. Ashley’s has won several awards including for Milwaukee’s best barbecue.

“I love to cook and I love to see people enjoy their food, you can’t beat that. I want to bring Southern cooking, all the food we grew up on and introduce it to the neighborhood,” says Ashley about the new Walker’s Point restaurant. 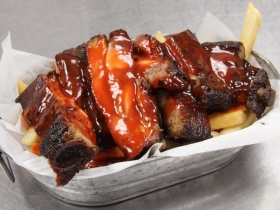 The pit uses a combination of charcoal and wood, slow cooking the meat until it falls off the bone. “I can’t even explain how it’s done, I’ve been doing this since I was little, it’s like second nature,” Darnell says. “It’s like a skilled trade that you have to master and that takes time.”

Ashley had been looking to expand his business for a while and eventually went into partnership with Josh Pietrykowski. Ashley’s son, Jazz, also joined the partnership after graduating from UW-Oshkosh to help run the family business. They were approached by Jay Carter who ran Lo Cash Live and was looking for a new business to take over at the National Avenue location. After all parties agreed on the new location and business platform, they took 18 days to prepare for the grand opening of Ashley’s Que last November. 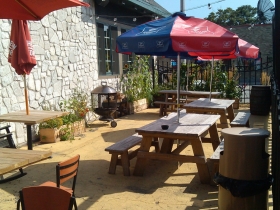 The patio at Ashley’s Que. Photo by Tracey Pollock.

Pietrykowski said they went with the concept of a friendly, service-oriented place with prices to reflect it, “where you can enjoy good food a couple times a week rather than once every couple of months.” They worked hard to transform the building that was originally designed as an Irish pub. Rustic décor reinforces a warm, family friendly atmosphere. Customers can enjoy their food at tables or the bar or on the large outdoor patio that is dog friendly.

Pietrykowski and Ashley say they are doing well in a struggling economy because of their concerted effort to keep prices low and provide a homey atmosphere. “When I was young, one of the things that was told to me is how small businesses are the key to growth. It is a lost art, especially in the inner-city,” Ashley says.

Ashley’s is committed to helping both of the neighborhoods they serve. They donate food every year for fundraising events that the Milwaukee Boys and Girls Club holds as well as donating to the Milwaukee Police and Firefighters. At the Center Street location, they provide a free meal to children who bring in a report card with A’s and B’s, encouraging a good education.

Jazz says that beyond the sentimental value of the Center Street restaurant and the internal pit, they have committed to staying there because of their love for the neighborhood. “The Center Street location needs us and we want to help improve the neighborhood. We hire within the neighborhood and want to help people within the community because they need to work.” Pietrykowski is a member of the Wisconsin Tavern League and works closely with other businesses in Walker’s Point, which is becoming a hotbed for new restaurants. Add a great BBQ place to the list. 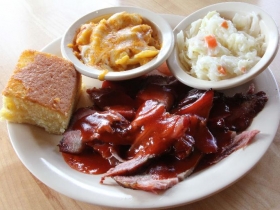 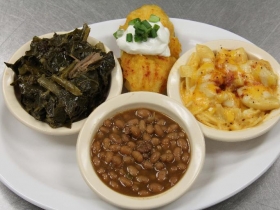 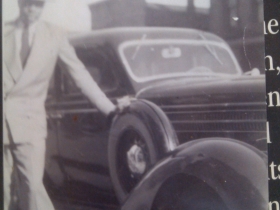 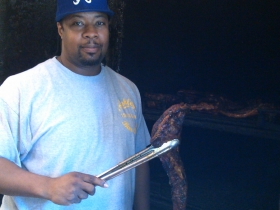