A Peek Inside Pizza Man

The new Downer Avenue restaurant is almost done, as our photos show.

It was January 2010 when the former home of Pizza Man burned to the ground leaving many to wonder if the place would make a comeback.  In November 2012 news broke that Pizza Man had found a new home, at 2597 N. Downer Ave., that Rinka Chung Architecture would design the restaurant and work on it would begin shortly. Now the final touches are being made and very soon, Milwaukeeans will once again be able to grab a pie at Pizza Man.

The interior design, by Michelle Olsen, Interior Designer for Rinka Chung Architecture, has small touches that remind one of the former Pizza Man.  A wine bottle chandelier hanging over the staircase is reminiscent of the wine bottle Christmas tree at the old Pizza Man.  The entrance-way pulley system is an immediate taste of the former location.  The black painted brick, iron work and heavy wooden emphasis, not to mention the first floor bar, all connect patrons to the old days. But this is a new day and Pizza Man is finding a new direction by bringing, as Chris Socha said, “a big city feel” to the East Side. With its many windows and inviting, second-floor balcony, the new space should feel far more connected to the city. 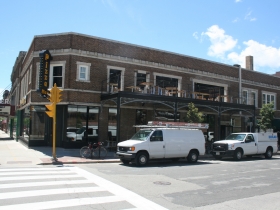 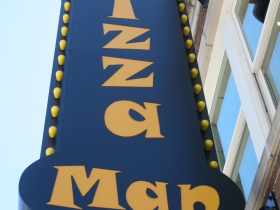 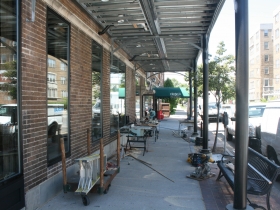 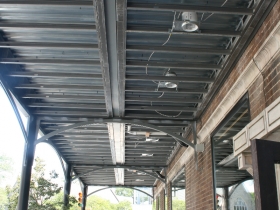 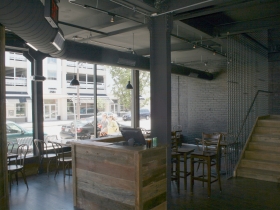 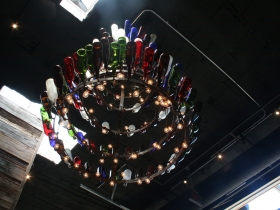