How Bike Messengers Break the Laws

Everyone, including police, tolerate it because law firms and other customers need their documents delivered as quickly as possible.

By Dave Schlabowske, Bike Federation of Wisconsin - May 10th, 2013 10:08 am
Get a daily rundown of the top stories on Urban Milwaukee

Depending on your perspective, either the Milwaukee Messenger Invitational XII released a scourge of law-breaking locusts on two wheels across the streets of Milwaukee, or the race involving bike messengers highlighted a little-understood subculture of freight-hauling professionals who prove 52 weeks a year that the bicycle is the fastest and most efficient means of transport on the streets of major cities. 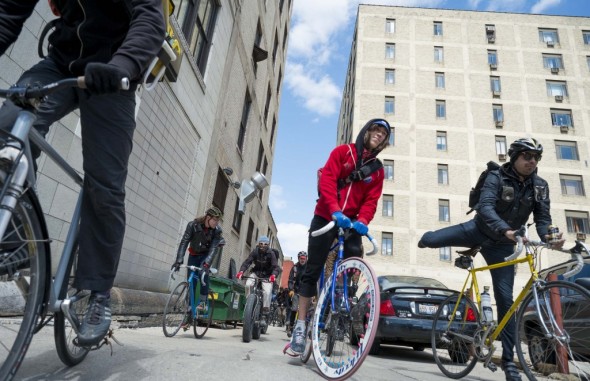 A scourge of scofflaws or package delivering professionals?

My perspective? I tend to admire the messengers. How can a guy who prides himself on obeying all traffic laws all the time, on a bike and in a car turn a blind eye to messengers who get paid to run red lights and even ride the wrong way down one-way streets? For me the key is that mainstream society pays them to break laws in order to deliver packages faster. 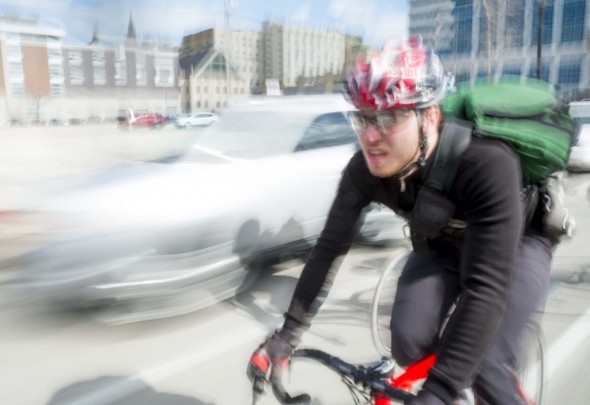 When you want a package delivered fast and cheap, but absolutely need it to get there, you call a bike messenger.

In cities across the world, even though everyone knows bike messengers break laws on deliveries, law firms still hire them. And for the most part, police ignore them, just as they do all the cars that fail to stop for (or even honk at) pedestrians in a crosswalk downtown. Once again I will use the hockey analogy. People pay to go to hockey games, in large part, because they get to watch athletes exhibit incredible skills while skating through a barely-controlled brawl. Hockey players slam each other into the glass, elbow each other, skate full bore into each other, without fear of penalty. Once in a while they cross some violent line in the rule books, and a forced to sit in the penalty box for a minute or two, until they are released back into the melee. 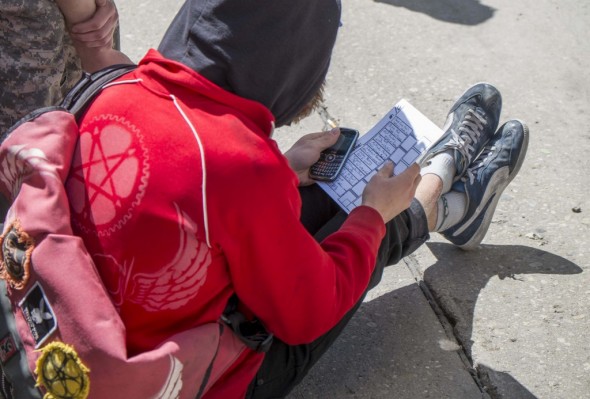 In an alleycat, each racer gets a “manifest” that has a series of complicated pick-ups, deliveries and check-ins at random locations across the city.

You can call that entertainment or a sport, but either way it we are paying to watch people try to skate past the rules. As a society, we do the same thing with bike messengers. If we truly did not want them to run red lights, there is an easy way we could stop them: just stop hiring them. I think that as a society we are okay with their level of law breaking for a couple reasons. First, because most everyone who hires a bike messenger or signs for a delivery, knows that they, too, broke a series of traffic laws driving to work that day and will break them again on the way home. 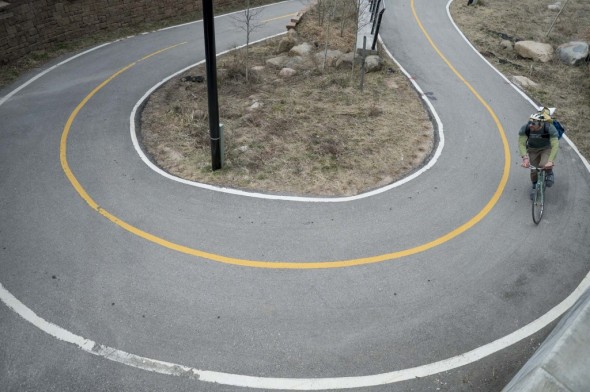 leycat aficionados find the same elegance and grace in riding a fixed gear bicycle with no brakes through traffic that hockey fans see in a well placed snapshot or legal check into the boards.

The lawyer who desperately needs her document signed and returned before a meeting is willing to look the other way while the courier races across city to get it done for $12 because she knows she is going to drive 8-10 mph over the speed limit to get home in time to take her daughter to soccer practice. It is sort of like we are all in a hockey game. We have rules, but you would never know what they are just by watching the game. Why is it okay for a courier to ride the wrong way down a one-way street past a police car just to deliver a document? The same reason it is okay for the clerk who signs for the package to rush across the street when the walk signal clearly says “Don’t Walk” to meet a friend for lunch at the hot dog stand on the corner. 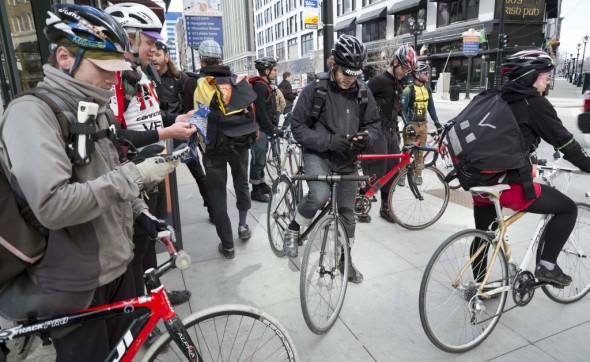 Want your sandwich from Potbelly’s delivered to your desk while it is still hot? You call this crew.

There is a certain element of hypocrisy we tend to tolerate in our society if we find it entertaining or it gets us something we want, like watching hockey or getting to a meeting on time. I think we usually draw the line when we personally are at risk in some way, but we are generally okay with others putting themselves at risk or even when we put others at risk. We all know speeding kills and we should pay full attention to driving, but we also know we can drive 5-10 mph over the posted limit while texting without getting a ticket or killing ourselves. In the same spirit, we hire, and admire, bike couriers for their urban outlaw professionalism. They are risking their safety to get us what we want fast. 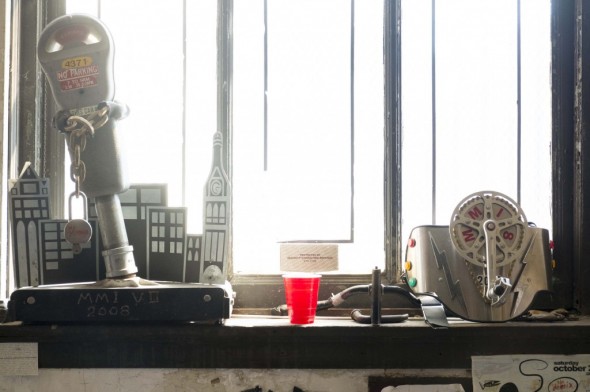 Think of them as similar to the Stanley Cup, but for couriers.

That’s my take. What do you think about bike messengers and alleycat races?

3 thoughts on “Bike Czar: How Bike Messengers Break the Laws”