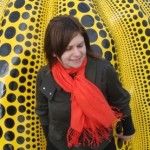 Cafes as counterculture hotspots were widespread in the 1960s, and the multifaceted Avant Garde Coffeehouse Project reflects on one example from Milwaukee's past.

2101-2111 N. Prospect Avenue — better known as the Bertelson Building — is the stunning Mission-style 1927 gem just south of UWM’s Institute of Visual Arts. Currently, it houses tenants including Mystery One Bookshop and Allium, a bar and restaurant that describes itself as an “avant-garde” meeting place in a nod to the building’s artistic roots. But from 1962 to 1968, 2111 was the very center of Milwaukee’s folk/blues revival and a hotbed of all kinds of art reflecting that time’s explosive cultural change. It was better known as the Avant Garde Coffeehouse.

Cafes as gathering places for the counterculture were widespread in 1960s America, but as the multifaceted Avant Garde Coffeehouse Project shows, the Avant Garde was an extremely important catalyst for fostering experimental music and art in Wisconsin. As part of long term (and still ongoing) multi-departmental research between the UWM Peck School of the Arts Music Department/Finger-Style Guitar Program and the Department of Theater, the exhibit on view at Inova through May 12 aims to engage the local community in a larger conversation revolving around the establishment’s vital role in local music, film, art and architecture histories. Bringing together photography, sound recordings, documentary film, visual ephemera and live performances by students in the Finger-Style Guitar Program, the project fittingly reflects the Peck’s multidisciplinary specialty. Coincidentally, 2012 marked the 50th anniversary of both the school and the coffeehouse, and this project is a passionate undertaking that brings to light an important touchstone in Milwaukee’s legacy of a rich grassroots art community.

Individuals who were closely involved with the Avant Garde contributed many of the materials on display, and the true strength of this exhibit is indeed in its variety. The bulk of the gallery space is dedicated to photography featuring the venue’s proprietors, fans, patrons and performers, but there is a little of everything that all adds up to a lovesong portrait of a unique time and place. It’s readily apparent that the art of the Avant Garde isn’t only hanging in the frames on the gallery walls; it’s in the typography of the illustrated menu, the circuitry of the sound recording devices and the moments of youthful exhilaration burned into film. A reconstruction of the coffeehouse’s performance space complete with original recordings on loop honors the archival content and places it within its proper historical timeframe, but it is the farthest thing from a stagnant attempt at “freezing” that point in time. Rather, this entire undertaking recreates the energy of a “thawing” and shifting into new period of intense growth.

Those involved with the Avant Garde Coffeehouse Project are literally taking this sense of growth to another level beyond the gallery space, and they are in it for the long haul with a commitment to community involvement. Avantgardecoffeehouse.com (currently a publicly accessible Facebook page) echoes the feeling of community from the Avant Garde’s heyday, only updated for the digital and decentralized underground of the present. It’s an impressive undertaking, especially since this crowdsourced research is now the primary ground of sustaining the venue’s living history.

Music and musicians were central to the Avant Garde’s culture and its legacy.

The images that make up The Avant Garde Coffeehouse Project reflect an energy that is timeless. Admittedly, for my first few minutes in the galleries I felt like a removed outsider looking in on a place that felt very far away; there’s a span of 45 years between the closing of the Avant Garde and today’s exhibition, and the coffeehouse’s physical space ceased to exist nearly two decades before I was born. But after a brief immersion in the world of those closest to this remarkable time, I saw my own restless spirit reflected right back at me. I left feeling intensely connected to the enthusiasm and raw passion of those affiliated with the Avant Garde, but most importantly, I felt awakened to something that can be wildly illusive in everyday life: that “art” is really just an expression of how we live within our communities, both large and small.

I only wish that I could have frequented the Avant Garde in its heyday. I know that I would have been a regular.

The Avant Garde Coffeehouse Project will be on display at the Inova’s Kenilworth Building, 2155 N.Prospect Ave. through May 12. Admission is free; gallery hours are Wed-Sun 12-5 p.m., Thurs until 8 p.m.