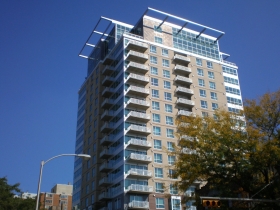 Milwaukee Bucks Forward Drew Gooden has spent a few years with the Bucks, but this is his first at 1522 on the Lake. An NBA nomad, who wears jersey number zero, he has played in seven cities in his ten-year career. But he needs a roof over his head while in town, and has made the business decision that renting is right for him. He earns $6,600,000 per year, making probably every apartment in this city affordable for him.

Somehow he found two units at 1522 N. Prospect Avenue, perhaps because they were earlier rented by Stephen Jackson, who spent part of the 2011-2012 season with the Bucks.

The 3,771 square foot, 3 bedroom, 3-1/2 bath combined apartment is one of 96 units in the 1522 on the Lake condominium, constructed between 2001 and 2003 on the site of the former Former Heartland Care Center Marina View Manor Nursing Home. The site was at one time home to the mansion of Governor George Peck. Many residents of the building were opposed to the Transera proposal for the adjacent Goll Mansion, which would have added a slim high-rise to the back of the gold coast mansion.

The high-rise was constructed just before the market crash, and there was some concern from owners that a large number of units, such as this one, were not owner-occupied. And Stephen Jackson made such a mess of this unit while living here that there is still a lawsuit pending from the residents downstairs whose unit was damaged by water while Jackson lived there.

But no such concerns have arisen about Gooden, who is one of the more intellectual and charity-minded of the NBA players, having received the “Good Guys in Sports” award three times from Sporting News. He also created a foundation last year, and is sponsoring his second annual celebrity charity golf tournament June 24th, 2013 at the Round Hill Country Club in Alamo, California. [Register here.]

Gooden is also investing in his post-basketball career, having opened a Wingstop restaurant (“the official wings of basketball”) in his off-season hometown of Orlando, Florida.

So, maybe it was fried chicken that led Gooden to his new pad in Milwaukee, since the unit belongs to John Brodersen, who “owns 100% of 37 Popeye’s restaurants including most real estate, with sales of $54 million,” according to his Linkedin profile. Brodersen used to live in the unit with his wife and three sons, but moved to another residence on the lake, this one a single-family home he built in Shorewood.

While still living at 1522 N. Prospect Ave., Brodersen gave an interview to Maserati Monthly #48 which described the unit as  “a luxury apartment with stunning views over Juneau Park and Lake Michigan.” Brodersen appeared in the publication because he owns a Maserati Quattroporte, hardly a typical family car, but certainly more so than his previous vehicle.

“I used to have a Ferrari 360 Spyder, in yellow – but that was a little flashy for Milwaukee,” Brodersen told the magazine.

1522 on the Lake has been home to a number of other high-profile residents, including Vernita Lee, who is better known as Oprah Winfrey’s mother.

How Milwaukee is it? City Hall is 1.2 miles away by foot.

Drew Gooden has one of the most enviable jobs in all of pro sports. He’s been paid $6.6 million this season to play 151 minutes. That’s $43,708 a minute, or $126,923 per point scored. That wasn’t the plan though. Gooden was signed on the first-day of free agency following the surprising success of the 2009-10 season (the Fear the Deer season) to a five-year, $32 million deal. He was supposed to be one of the missing pieces to help push the Bucks to the next level, behind the emerging stars of Andrew Bogut and Brandon Jennings. Bogut’s injuries and Jennings failure to find the magic that led to his 55-point game (against Stephen Jackson and the Warriors) soon soured those plans.

The change in direction for the Bucks likely didn’t come as a surprise for Gooden though. Since being drafted by the Memphis Grizzlies in 2002, Gooden has played for six other teams in a variety of situations. He played heavy minutes for a last-place Orlando Magic team during the 2003-04 season. He was then traded to the Cleveland Cavaliers where he spent a few seasons playing with emerging superstar LeBron James. From there he’s bounced to a number of teams: the Chicago Bulls, Sacramento Kings, and Los Angeles Clippers.

Gooden’s role has changed a number of times since joining the Bucks in 2010. He’s been an undersized backup center (battling plantar fasciitis), an undersized starting center (battling players much bigger than him), and this season a high-fiving, motivating bench warmer. While fans have lamented the results of playing a power forward against the league’s biggest players, they can’t fault his work ethic. Gooden has always shown effort, even at jumping off the bench and high-fiving players during a timeout.

There might be a method to his madness, though. Anyone that comes early to a Bucks game will notice that Gooden always seems to be having the best time of anyone on the team. The Bucks PR staff has certainly picked up on this, as he appears in a number of humorous team clips played during breaks in the action. This season his pregame antics appear to have reached another level, with him spending much of the warm-up time shooting long three-pointers. His pre-game partner in crime was Tobias Harris for much of the season, but Harris was traded to Orlando and has gone from fellow bench warmer to blossoming star in just two months. Maybe there is something to practicing way-deep three-pointers instead of free throws.

What does the future hold for Drew Gooden? Odds are his name will be involved in trade talks during the off-season with the Bucks having a number of free agents (including The Moderne residents Brandon Jennings and Monta Ellis) and Gooden being one of the highest paid 12th men in the league. Until then, we’re left to speculate what crazy facial hair style he’ll come up with next.

Stephen Jackson has managed to create quite the notable career, both on and off the court, despite taking a roundabout way to the NBA. He played his way from basketball powerhouse prep school Oak Hill Academy (which also counts previously profiled Brandon Jennings as an alumnus) to Butler Community College. Community college wasn’t exactly Jackson’s goal, but he was ruled academically ineligible to play basketball at the University of Arizona, the same issue rumored to have caused Jennings to play in Italy for a year before being old enough to declare for the NBA draft.  After two years at Butler, Jackson was drafted by the Phoenix Suns in 1997, but was cut before ever playing a game for the team. Jackson landed with the La Crosse Bobcats of the defunct Continental Basketball Association, a former professional basketball league that was a defacto minor league for the NBA. He had stops with a handful of foreign teams as well, everywhere from Australia to Latin America.

He finally landed in the NBA with the New Jersey Nets in 2000 and would play for the Atlanta Hawks, San Antonio Spurs, Indiana Pacers (where he would be suspended for fighting fans in the crowd as part of the Malice at the Palace), Golden State Warriors, and Charlotte Bobcats before coming to Milwaukee. While with Charlotte, to the humorous delight of Bucks fans, Jackson managed to get ejected four minutes and twenty-nine seconds into a game at Milwaukee.

However, the last laugh was at the expense of the Bucks. Jackson was traded to the team in the summer of 2011 in a one-man’s trash for another trade (the type created by the NBA’s guaranteed contracts and salary cap). The trade drew alarm from at least this Bucks fan, as Jackson seemed certain to clash with Coach Scott Skiles (profiled in the original House Confidential). Skiles, a notoriously intense and challenging coach, had publicly chewed out players in the past for a lack of effort . While coaching in Chicago, Skiles lamented former number two overall pick Tyrus Thomas’s failure to sprint up and down the court “To my knowledge, in his career he hasn’t done it one time — not one time.” Jackson often jogged up the court, exacerbating it by managing to barely bend his knees while doing so (making him appear to move slower than he was).

Adding insult to injury Jackson, who was labeled a malcontent in Charlotte and many of his other NBA stops, demanded a contract extension at his opening press conference with the Bucks. That should have been an immediate sign that his time in Milwaukee wasn’t going to end well. Despite high praise from many Bucks teammates, including Brandon Jennings, Jackson found himself at odds with Skiles and at the end of the bench not long into the season. His decrease in playing time seemed to coincide with an increase in the number of night club appearances he made on road trips.

Why was Jackson making the night club appearances? Besides the easy money he made, he also promoted his recently released rap album. Jackson, rapping under the name Stak5, is by many accounts a talented rapper. There is high quality footage (with fairly poor audio) of a January 2012 live concert performance of his album “What’s a Lockout,” at 618 Live on Water (formerly the Ladybug Club) for those interested.

Finally in Spring 2012, the Bucks dealt Stephen Jackson along with oft-injured Andrew Bogut to the Golden State Warriors, who immediately traded him to the San Antonio Spurs. All the right things were said to the media, and Jackson appeared set to rebirth his floundering career in a place where he had once won a title. That was not to be the case.

Jackson’s 2012-2013 season was derailed in a number of ways. Notably, he tripped over noted urbanist and New York City Mayor Michael Bloomberg, who was sitting courtside at a Spurs versus Knicks game. Jackson ended up with a sprained ankle. Just a few weeks ago, a rift developed between him and longtime Spurs coach Gregg Popovich that resulted in Jackson being cut by the team. With so many bridges burned in the NBA, will Jackson’s next career move come on stage or on the court? 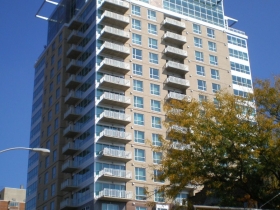 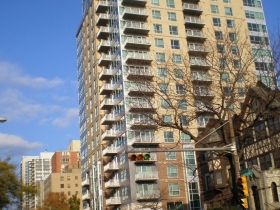 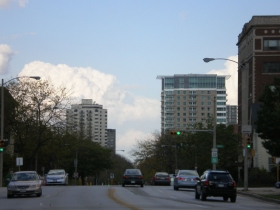 Jeramey Jannene contributed the About sections to this article.