For 40 years he’s shot photos of everyone from Mayor Maier to Paul Cebar to Divine to Richard Avedon. 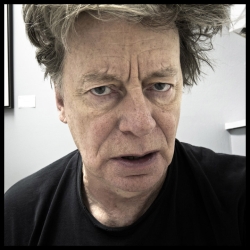 In 1945, a month after the United States devastated Hiroshima and Nagasaki, Francis Ford was born into an Irish/Polish Catholic family, at Milwaukee’s Mt. Sinai hospital. Each of his two brothers is now retired: Ray was editor of the Minneapolis Star, and Tom a teacher and star football player (1953-57) at Arizona State. Francis, or “Frank,” as he prefers, took the road less traveled, becoming a free lance photographer, doing commercial work, photojournalism and periodic shows of his art photography.

He attended Holy Family elementary school in Whitefish Bay, and in 1964 graduated from Whitefish Bay High School. A year later he went to his draft board and was given a 1Y classification, which meant his back was not so hot. He soon got into photography and began to get free lance assignments from the wire services, and covered the famously contentious 1968 Democratic convention.

He later enrolled in photographic studies at Milwaukee Area Technical College (1970-’72) and that’s where things got a bit bizarre. One of Ford’s classmates was Milwaukeean Arthur “Artie” Bremer, who briefly studied photography there, but was best known as the man who shot Alabama Governor George Wallace in 1972. A bad year for Bremer, but a good one for Ford, who won a photography competition at MATC, beating out Bremer. Maybe that’s what threw Artie into a nose-dive, Ford offers with a chuckle. 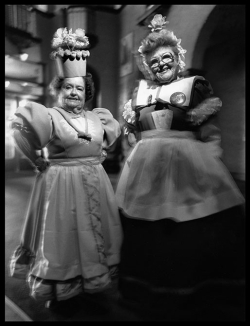 Ford currently lives (along with his 13-year-old cat, Boo Boo) and works above Cynthia’s, a new Water St. café in the Third Ward. But he’s never strayed far from the Walker’s Point neighborhood where he lived and worked for many years. While living on 2nd and National (1973-79) and establishing a beach-head as a photographer, he managed the camera department at K-Mart on 76th & Good Hope Road. In 1979, he decided to open a studio in the Third Ward, on St. Paul Avenue. “I was one of the first studios in that area,” he says. A devastating fire ruined those plans, and he moved back to Walkers Point, this time to the top floor of the Bern Boys Building on 5th & National, where 5,000 square feet of studio/living space was enough to hold his wildly notorious Studio Galactica soirees in the late “70s and early ‘80s. It was a scene.

His K-Mart camera manager job paid off when he rummaged through their files and ogled the photographic prints. “Everyday,” he said, “there would be another startling photograph.” He ended up taking the images to OK Harris in New York City and within a day, had lined up an exhibition (K-Mart Collectibles) penciled in for 1977. 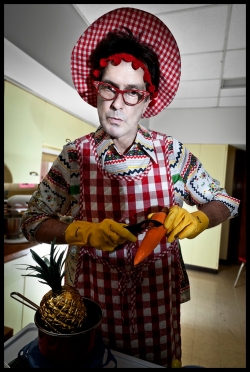 One descriptive is enough for Ford’s black and white photographs: dramatic. It’s rare to find a photographer who understands faces quite like him, and in the 80s and early 90s, his images graced the cover and interior of Art Muscle Magazine where he was the photography editor. Full disclosure: For some of those years I served as owner and editor of the magazine. To me, his images, now and then, loom like the craggy personas on Mt. Rushmore, or if you wish, the bedazzling faces of movie stars bigger-than-life on the silver screen. They leer, they clown, they dominate. Even the shyest of his subjects emerge as bold and beautiful, or sometimes beastly and bodacious, or even a bit of both. Ford himself is rangy and lean…and dramatic. But when he’s peering through the lens of his Nikon D800, or his Canon G12, he’s all business.

He’s photographed celebrities international, national, and local. When the great photographer, Richard Avedon, made the final stop of his “Western Series” (images from 1979-84) at the Madison Art Museum, Ford asked for and received permission to photograph the master for Art Muscle. Avedon ended up buying the image, and later on, selected another favorite from Ford’s contact sheets. Ford has shot Cheech Marin (of Cheech & Chong), the famed drag queen Divine, John Waters, and Appleton-born actor Willem Dafoe, but also the late mayors Henry Maier and Frank Zeidler.

In the mid-1980s he teamed with John Blum to create a series of postcards with a wild range of notable Milwaukeeans, from Bo Black and Terry Ann Meeuwsen (Miss America 1973 and at the time a Milwaukee TV news personality), to sunbathing legend Dick Bacon and musician Paul Cebar. His photos of the BoDeans from those sessions ended up running as liner images in the band’s first album.

The list of publications Ford has shot photos for is long, including Rolling Stone, Spin, Newsweek and Cream and many local publications: from Milwaukee Magazine to a predecessor magazine Milwaukee Impressions to defunct weeklies like Cityside and The Paper. 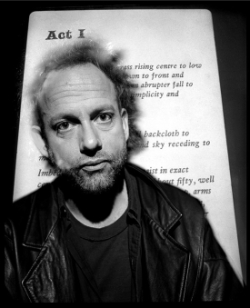 These days almost everybody has a camera. They’re everywhere: in our faces, in our private places. But mostly they are people doing snapshots. Ford is a photographer. Destiny seems to have directed him toward the dramatic. He denies that opera is to blame, but well, his love of it fits him like a kidskin glove. His mother Bernice taught operatic voice, and Ford says, “I was aware of the high C at an early age. Actually, mother was the artist in our family.”

None hit that C more beautifully than Maria Callas, whose recording of “Tosca” stayed in Ford’s head. If you have a few hours, he’ll tell you all about the art of opera, gleaned from visits to the Metropolitan, Florentine and Chicago’s Lyric. By combining his photography with his dramatic flair and his lust for opera, since 1992, he’s enriched the lives of students at the Milwaukee Institute of Art and Design, teaching photographic lighting and (for day students) a class simply titled “Opera.” He’s planning a major exhibition of opera-themed images, scheduled for 2014 at Portrait Society Gallery.

But Ford’s life hasn’t been all red roses laid at the feet of divas. Three years ago, while watching an HD Metropolitan Opera, Richard Strauss’ “Der Rosenkavalier,” at the South Shore Cinema, he was felled by what he calls a “near death experience,” a major heart attack. To replace his bleeding aorta, he received a Japanese pig valve. His surgeon told him prior to operating that he had an 80 percent chance of survival, but later he was told that the odds were far grimmer.

“Der Rosenkavalier” is a comic opera in three acts, and “Tosca” is a tragedy that culminates in Floria Tosca hurling herself from the prison bastions.

Francis Ford’s long career is writ somewhere in between.