The latest installation of Politics & Poetry brought the house down in Milwaukee’s City Hall rotunda last Wednesday. Hosted by Alderwoman Milele Coggs, this was the second in an energized series which brings together Milwaukee’s political leaders and prominent poets during Wisconsin’s campaign seasons. Poet and community leader Kwabena Antoine Nixon MC’d the event, and welcomed seasoned poets to the stage alongside several members of the Milwaukee Common Council including Aldermen Michael Murphy, Jose Perez, Willie Wade, and Nik Kovac.

The election stole the stage with several poets and politicians reminding the audience to vote, and stressing the importance of the referendum on the ballot regarding same day voter registration. Politics aside, the event was also hosted in memory of Milwaukee poet Anita Brooks aka Anita Bee, who gave a powerful performance at the inaugural Politics & Poetry before November’s election. Brooks was shot and killed in January.  Police say the shooting was the result of domestic violence. Her legacy was emotionally memorialized in the form of a Common Council plaque presented to Anita’s aunt. 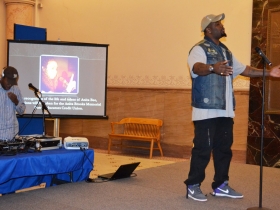 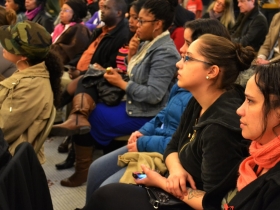 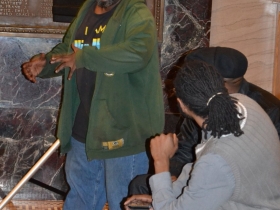 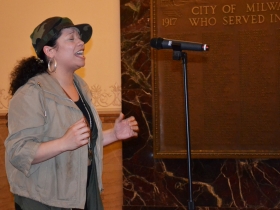 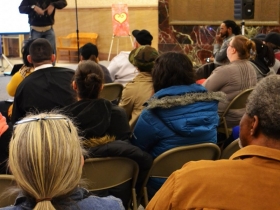 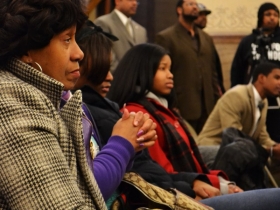