How a onetime correctional sergeant built a career in real estate development. 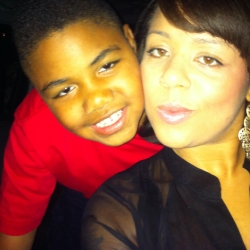 Melissa Goins and her son.

Melissa N. Goins, founder and president of Maures Development Group, LLC, was born in 1982 in Milwaukee. Her paternal grandparents lived near 24th and Center, and it’s where most of her childhood memories rest, memories of family get-togethers, corner stores, penny candy, the Middle Eastern store owners selling meat…and yes, cringing at hair braids and jhen curls. Her paternal grandparents have passed away, but the house is still in the family. And Goins has done much to help revitalize the neighborhood, building major redevelopment projects.

She’s still young, but when she was “young (er) and finding her way,” she notes, for a long time her goal was a career in law enforcement. Despite graduating (1999) from the Milwaukee School of Entrepreneurship, a public high school, that “has no correlation to me being in business,” she says. So what was it that drove this vegan and naturopath and divorced mother of two sons, D’Angell and Gabriel, out of the inner city and into a world of developers where women are a rarity, and women of color even rarer? 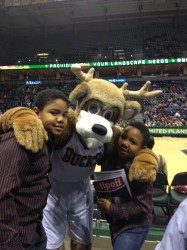 Education, specifically at Marquette University, seems to have driven her career choices. Four years (1999-2003) of study culminating in a BA in Criminology and Law Studies, doubled with Broadcasting, led her to two quite different jobs. Goins was a Correctional Sergeant for our State Department of Corrections, from 2001-2005.  Odd as it seems, she also signed on as an “entertainment assistant” (2003-2007) with the Milwaukee Brewers, where she describes herself as being a problem solver for the team.

But she gravitated over time into the real estate field. For a year (2005-2006), she functioned as an “associate appraiser,” i.e., an intern with American Appraisal Associates in Milwaukee, traveling to commercial properties throughout North America. But it was going back to Marquette that really fueled her growing interest in a new career. Attending the ACRE (Associates in Commercial Real Estate) real estate classes, she graduated in the top sixth of her class, and transitioned smoothly into commercial real estate. She created Maures Development Group LLC, and partnered with Verona-based Horizon Development Group Inc. through a mentoring program for minority developers created by the Wisconsin Housing and Economic Development Authority. Horizon worked with Goins on her first project, Teutonia Gardens, a block-long development with 24 units of two and three bedroom apartments. Located at Teutonia Ave. and Center St., it was just ten blocks from the old home of her paternal grandparents. 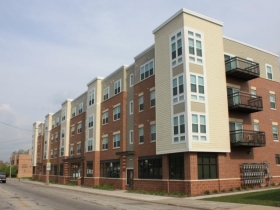 Maures has since gone on to build Franklin Square, that’s almost a second phase of Teutonia Gardens and adjoins it. The 37-unit development has two buildings: a 10-unit townhouse at the corner of Teutonia Avenue and Hadley Street; and a 27-unit, mid-rise building in the 1400 block of W. Center Street. A more recent project, still ongoing, is Century City in the Sherman Park neighborhood, with more apartments and townhomes.

Meanwhile, Goins has continued to educate herself. She earned a Masters in Business Administration, attending from 2010-2011, once again from Marquette University. “I obtained the degree because I know people tend to determine success by things such as degrees,” she says, “but I am a goal-oriented person and wanted the letters by my 30th birthday.” She wants a good education for her sons as well: One attends a choice school, St. Sebastian at 55th & Washington Blvd and the other is enrolled at a public school, Milwaukee German Immersion School at 82nd & Nash.

Her original mission and core operating principal was to “show love for urban areas: one building, one business, and one opportunity at a time.” Besides helping revitalize the central city, she has created jobs for minorities and women: she has estimated that 40 percent of the construction contract for Franklin Square was allocated to emerging businesses. Real estate is Melissa Goins way of being a “change agent,” she says, and that is yet another tie to the teachings of Marquette University. The flyer for Teutonia Gardens emphasized the struggle for decent housing and how it is tied to human rights for all persons, regardless of color.

Her ultimate goal is to increase the net worth of communities, and of course the net worth of Maures. She isn’t in business to lose money, and says, “We are absolutely, unapologetically for profit. We like being the authors of our destiny.”

One bio of Goins describes her as “clearly one of Milwaukee’s rising stars.” She finds this funny, because she entered on the scene at age 22 and started the business at age 24. “People still call me kiddo,” she says, “but it’s all relative I suppose.” And her greatest accomplishments? Despite her numerous awards and professional affiliations (her most recent accolade was being chosen a 2012 MANDI finalist for her Franklin Square development), she says her greatest accomplishment is identifying and living “her purpose.”

Her goal is to maximize her time on this planet, so as to benefit herself, her kids, and all she encounters. Working on a daily basis, she also meditates and does yoga (for sanity she says), and yes, she enjoys shopping, facials, massages and having her nails beautified.

She’s had seven good years focused on urban renewal with low income housing tax credits, Goins says, but she expects to expand further in the next seven. She has a vision of a book she’s begun to work on getting published and making it to the New York Times best seller list. 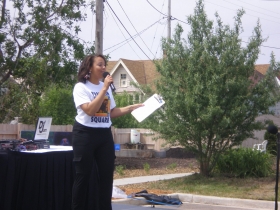 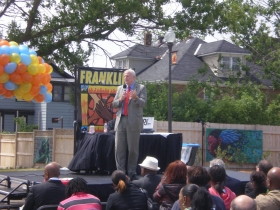 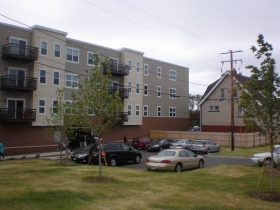 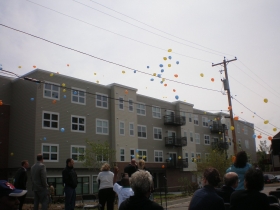 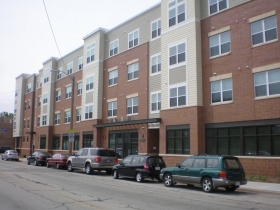