An NFL landing: The Green Bay Packers donate a practice field to the the Clarke Square neighborhood.

While no Packers attended the Journey House football field ground breaking, a dozen young folks in Packers gear (future first round NFL draft picks?) weaved between local politicians, architects, and business leaders gathered to celebrate the new neighborhood football field. The ground was broken on October 18 for the first ever community-owned NFL practice field equipped with the iconic green and yellow Packers “G.” Clarke Square neighborhood boys and girls will soon play on the same turf (donated by the team) the Packers walked on during practice. “All I wanted was some goal posts and lines”, explained Charles Brown, Director of Youth Programs at Journey House and “League Commissioner” for the youth football games. Impressed by the ability of the Journey House to unite the county, city, and Packers organization to get this field built, Mayor Tom Barrett playfully granted Michele Bria, CEO of Journey House, the Milwaukee Nobel Peace Prize.

The field is in the heart of the city’s near south side Clarke Square neighborhood, and will serve hundreds of youth in the neighborhood who play football, cheerlead, or even play an instrument in the marching band. 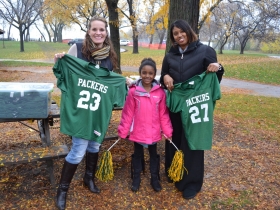 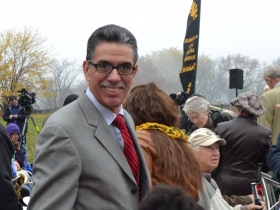 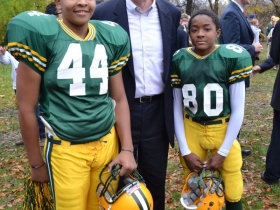 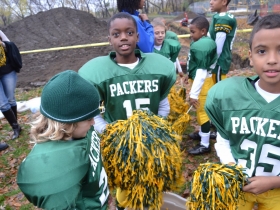 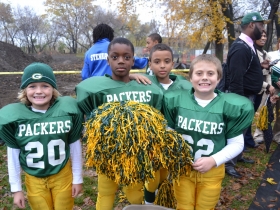 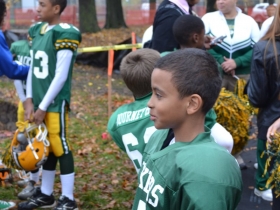