Every Sunday morning, the Villa Terrace Decorative Arts Museum courtyard opens its gates for a free summer music series: Cafe Sopra Mare. On Sunday, July 22, the series featured Kurt Von Eckroth, a Milwaukee zither player who plucked traditional Viennese songs on a concert zither. Von Echroth wore authentic lederhosen and serenaded a packed terrace courtyard audience who casually listened, read the Sunday paper, and sang along with several familiar Viennese polkas. Despite the Germanic zither sounds, drinking a cappuccino in the 16th century Tuscan-style courtyard transports you to the Mediterranean coast of Italy. The music series is every Sunday through September 30, and features a different performer each week. 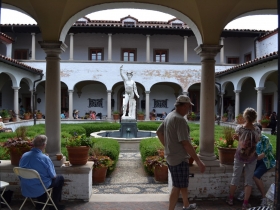 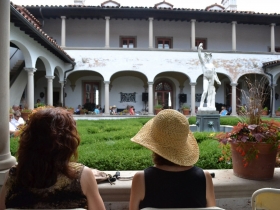 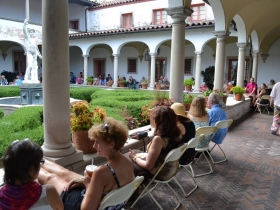 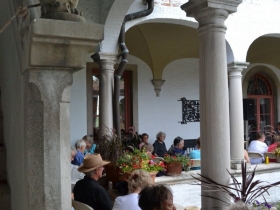 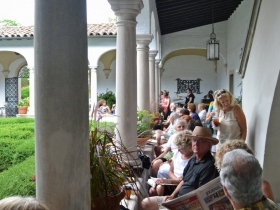 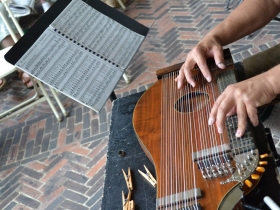