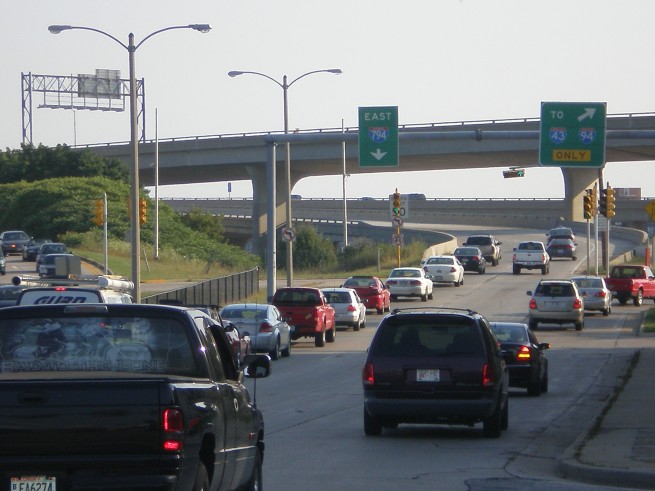 In this, the second installment of Car Culture, we’ll enjoy a little bit of Disney magic, learn about a long overdue car service which is finally coming to Milwaukee, and lament the loss of an opportunity to make Milwaukee a better place while attracting tourists from across the region.

For years we have been taught that our society is, and will be, oriented around the automobile.  US automakers did it by marketing the automobile as freedom, and the video below shows just how the fine folks at Disney got into the act.  The video presents an idealized version of a car-oriented vision of America.  The video positively proclaims “the shape of our cities will change, as expanded highway transportation decentralizes our population centers into vast urban areas.”  Unfortunately, this has all been too true.  What this video didn’t foresee was the ugliness that this vision created, neighborhoods literally destroyed, homes designed around the car (often with the most prominent feature being the garage), America’s strip mall wasteland, and oceans of asphalt covering up our countryside.

Lets face it Milwaukeans enjoy a good beverage, and unfortunately far too often bring their car with them to the bar.  Although I’d normally suggest leaving the car at home and taking a cab when heading out on the town, there will soon be a safe option if you insist on bringing your car to the bar.  Zingo Milwaukee.  Zingo’s motto “Your car, our driver” says it all.  Yes, they will drive your car home for you.  So plan ahead, go out, have a good time, and enjoy the ride home in your own car, just not from behind the wheel.

Stephanie Beecher, of ThirdCoast Digest, writes “Milwaukee’s famous arches are set to undergo a major overhaul next year, and commuters can breathe a sigh of relief: the Hoan Bridge will not be shut down during construction.”  I know this was a big concern for many suburban commuters, though had the bridge been closed during construction it would likely have saved time and money.  If the Hoan Bridge was closed during construction, it is likely these drivers would have spent just about the same amount of time driving on city streets or alternate routes, just as they did when the Hoan was closed in the past.

Beyond the perceived inconvenience, the true problem with this project is the lost opportunity.  After hundreds of millions are spent to fix this bridge, what we will have is basically the same bridge.  The auto-only focus of WisDOT has led to a project that is not an improvement, and has no new benefits.  By incorporating a bike and pedestrian trail on the bridge, Wisconsin had a chance to create a destination, add utility, improve mobility, and quite simply add value to Milwaukee. Unfortunately we’ve missed that opportunity.

I’m sure this is trying to be funny, but I find it scary.