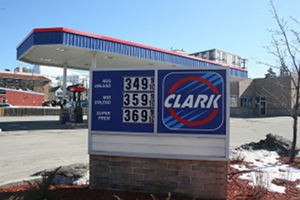 Recently, multiple attempts to cut or eliminate bicycle and pedestrian funding from the federal transportation budget have been proposed under the premise that these funds are needed to rebuild America’s infrastructure.   Senator Tom Coburn of Oklahoma attempted to “hold” the transportation extension to pass an amendment, which would have eliminated the funding for Transportation Enhancements program,  Congressman John Mica of Florida proposed eliminating the Transportation Enhancements and Recreational Trails program, and on this past Tuesday Senator Rand Paul of Kentucky attempted to divert these same funds to bridge repair.  So far all of these measures have failed.   The program in questions takes a small portion of the Highway Trust Fund to pay for bicycle and pedestrian facilities to improve accessibility, mobility, and develop multi-modal transportation systems in communities across the US.

Despite the stated reasons for these attempts at cutting bicycle and pedestrian infrastructure funding, these measures have simply been a distraction from the truth and fail to address the real issues.  To be perfectly clear, completely cutting the Transportation Enhancements program, about 2% of the transportation budget, will not make a dent in the massive shortfall needed to fund our bloated highway system, but it will reduce our quality of life.

Quite simply the problem is that the gas tax is too low.  Unfortunately, instead of working on a solution to our road funding woes we are arguing over the 2%, while ignoring the 98%.

The federal gas tax has been set at 18.4 cents per gallon since 1993.  Robin Williams was staring in Mrs. Doubtfire, and the Chicago Bulls were just wrapping up their first three-peat.  It’s been awhile.  Having not been raised in years, the gas tax has not kept up with the rate of inflation, let alone the cost of new highway spending. The problem isn’t the pennies spent on biking, and pedestrian improvements.  The problem is the fact that no one wants to pay for that newer, bigger, better interchange, that extra lane to ‘reduce’ congestion, and that new off-ramp to Nowhere, USA.