Refurbished Streetcar-Stops Tie Milwaukee’s Past to its Future

On Wednesday September 29th, 2010 the Friends of the Hank Araon State Trail celebrated the return to service of two refurbished historic car-stops as functioning pieces of history.   One is located in the Historic Third Ward’s Catalano Square, and will serve as a rest stop along the Hank Aaron State Trail, as well as fulfilling its original purpose as a transit stop.  A second refurbished car-stop is located in the Menomonee Valley along the trail near 25th Street.  The copper structures had been stored in a Department of Public Works facility, and then a Cargill facility since the 1990’s and have been in existence for over 100 years.  The project brought together the Department of Natural Resources, the City of Milwaukee, the Historic Third Ward Association, the Friends of the Hank Aaron State Trail, We Energies, the local trades unions, and a long list of other firms to accomplish this effort.

These structures tie Milwaukee’s past to the its future by utilizing a historic structure, and updating it for continued service.  The changes made to the structure included removing sections of the copper wall, and replacing them with glass to open the structure up.

This re-use of something old is much like the neighborhoods they reside in, the The Third Ward, and the Menomonee Valley.  Just like the structures had been left in neglect, both of these areas had been decaying parts of Milwaukee.  And just like the car-stops these areas have returned to life today, the neighborhoods returned to life by building on their history and updating them for the future. 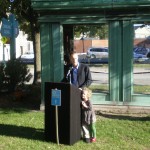 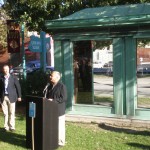 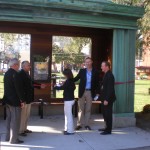 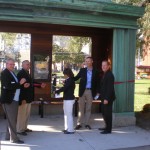 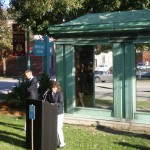 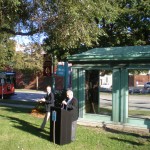 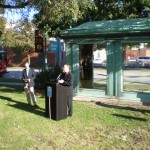 Dave Misky, Assistant Executive Director of the Redevelopment Authority of the City of Milwaukee 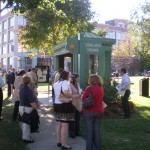 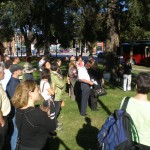