Fine, Let the University of Wisconsin-Milwaukee Expand in Wauwatosa 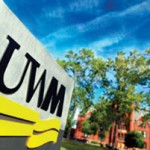 Back in March, 2008 I started an organization that worked to convince the University of Wisconsin-Milwaukee that expanding into Wauwatosa was the wrong choice for the university, the City of Milwaukee, and Southeast Wisconsin.  The range of issues the Wauwatosa site presents is broad, but generally we focused on showing how a downtown location could meet and exceed UWM’s goals without the additional hurdles that the Wauwatosa site brings with it.

A large hurdle that stood out as particularly problematic is the Wauwatosa site’s suburban environment because it limits students transportation and housing options.  By limiting these options it imposes additional costs and constraints on students that make it more difficult to obtain their education.  For example, a student who had attended UWM during their undergraduate education would now have to commute or move to attend graduate school.  This additional burden could encourage if not require students to acquire a car, adding to their overall expenses.  Further if a student decided it would be best to move from the East Side to be closer to the new campus the availability of affordable housing in the surrounding neighborhoods seems unlikely and unwanted.  Downtown Milwaukee faces neither of these issues.  A student would have good access to transit in downtown Milwaukee and the surrounding neighborhoods would offer a wide range of housing options.

University officials have often stated that the ability to partner with companies operating in the research park and collaborate with the Medical College of Wisconsin were the driving factor behind the expansion plans.  This is a laudable goal but UWM’s strength’s don’t line up with the bio-tech field as strongly as they do with advanced manufacturing and these efforts would likely result in UWM continuing to play second fiddle to Madison.  Downtown and the surrounding neighborhoods, with their better transit options, offer the ability to collaborate with Rockwell Automation, Eaton, Johnson Controls and We Energies all of which more closely align with UWM’s core competences.  Further stronger connections between UWM, Marquette University, MSOE, and MATC could be forged to create an engineering center in downtown Milwaukee where collaboration would be convenient.

In a time when we are all becoming more aware of how land-use negatively impacts the environment for UWM to ignore the negative consequences associated with sprawl and greenfield development is in itself troubling.  The new campus will sit on between 60 and 90 acres of greenfield, some of which is currently zoned parkland, and create a sprawling “research” park.  The early site plans include numerous surface parking lots and a large parking structure which clearly indicates the university leadership’s belief that this development will involve significant amounts of automobile traffic to access the campus.  By promoting, if not requiring, automobile use to access the site UWM is committing itself to be long term polluter of green house gases.  Choosing an urban campus could allow for reduced vehicle use, expanded transit ridership and more students who could access the site by walking or biking.  By promoting dense development and the utilization of these forms of transportation UWM could actually take a leadership position by acting in a truly environmentally friendly manner.

In fact we weren’t alone in these beliefs, as evident by a resolution unanimously approved by the Common Council and signed by Mayor Tom Barrett stating it was the City of Milwaukee’s position that the University of Wisconsin-Milwaukee should expand within the City of Milwaukee.

So I’d like to lay out a few reasons as to why the University of Wisconsin-Milwaukee should move their Engineering school to Wauwatosa.

Sounds great to me, and besides the new UW-Tosa shirts are sure to be big sellers.

18 thoughts on “Fine, Let the University of Wisconsin-Milwaukee Expand in Wauwatosa”