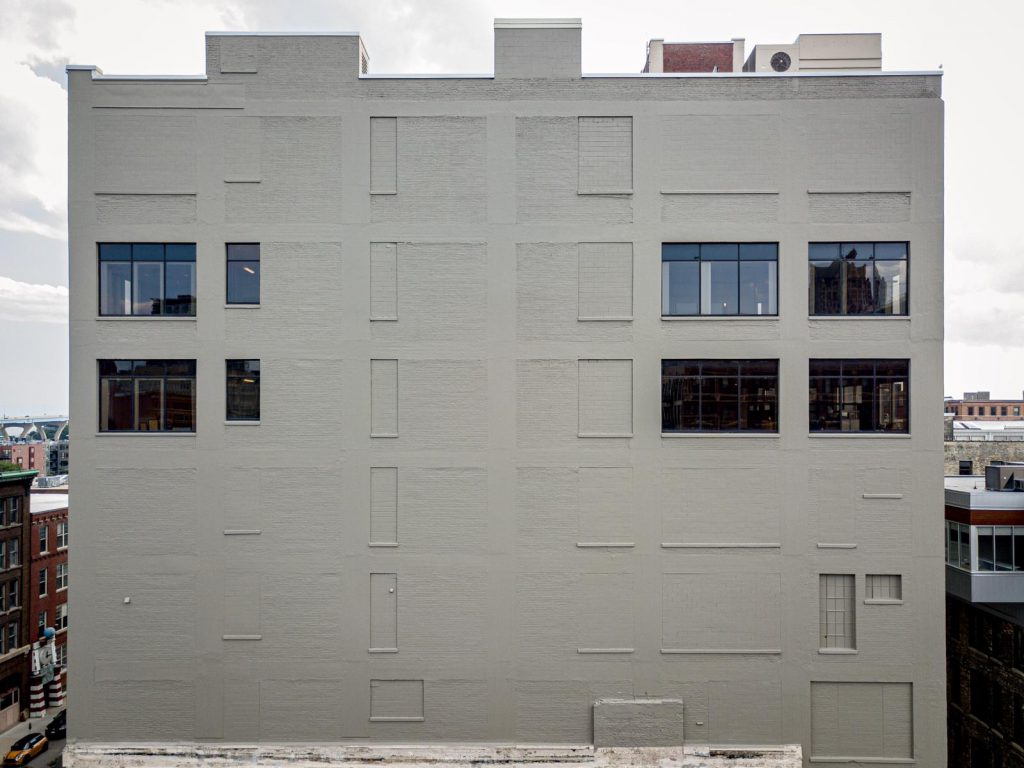 North face of the Dye House. Photo by Craig Schultz.

(Milwaukee, Wisconsin) – Another giant mural is going up this summer in downtown Milwaukee and this time it’s being painted by one of Europe’s most well-known street artists. Andreas von Chrzanowski, aka CASE, is a founding member of the renowned Ma’Claim mural crew from Eastern Germany. Known as Case Maclaim, the artist has been painting public murals for over twenty years and his monumental works appear in cities from Frankfurt to Paris, to New York and beyond. He has not yet been to this part of the United States, and was interested to learn that Milwaukee is an American city steeped in German history. 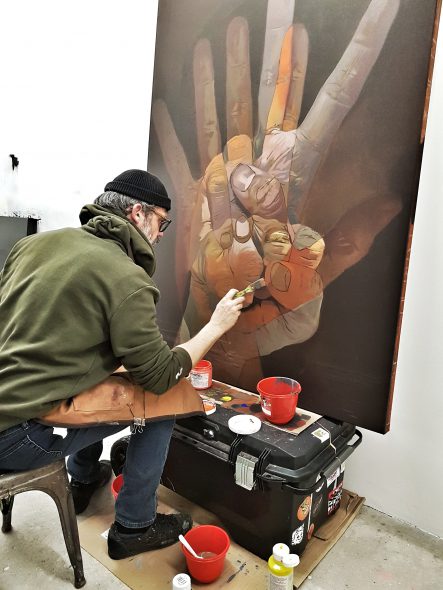 The project is being led by Wallpapered City, the artist-led working group that manages Black Cat Alley and which recently completed a seven-mural corridor in East Tosa. This will be Wallpapered City’s 41st mural in Milwaukee, and the 4th by an international artist. “We think that the concept by Case is a great fit for the Dye House,” says Stacey Williams-Ng, founder of Wallpapered City. “The Historic Third Ward is a very special place, and the owners of the building had a grand vision for making a statement with a monumental mural that would reflect not only the history of the building, but the future of our city.”

The mural will be on the north face of the Dye House building at 320 E. Buffalo Street, a 125,560-square foot multi-tenant office building in Milwaukee’s Historic Third Ward. Owned by Singerman Real Estate, LLC, and has been investing in significant improvements to the property including this mural artwork. The structure was originally built for a hosiery company in the 1920s, and Case Maclaim’s mural will pay homage not only to the women who used to dye nylons there, but to the many women who work in the Historic Third Ward today and to working people everywhere. The model for the mural is an entrepreneur who works in Milwaukee’s Historic Third Ward today.

The entire mural-making process is being documented by Los Angeles-based videographer Craig Schultz, who has captured some of the world’s most renowned mural events, including Pow Wow, Denver’s Crush Walls, the silo paintings of Guido van Helten, and more.